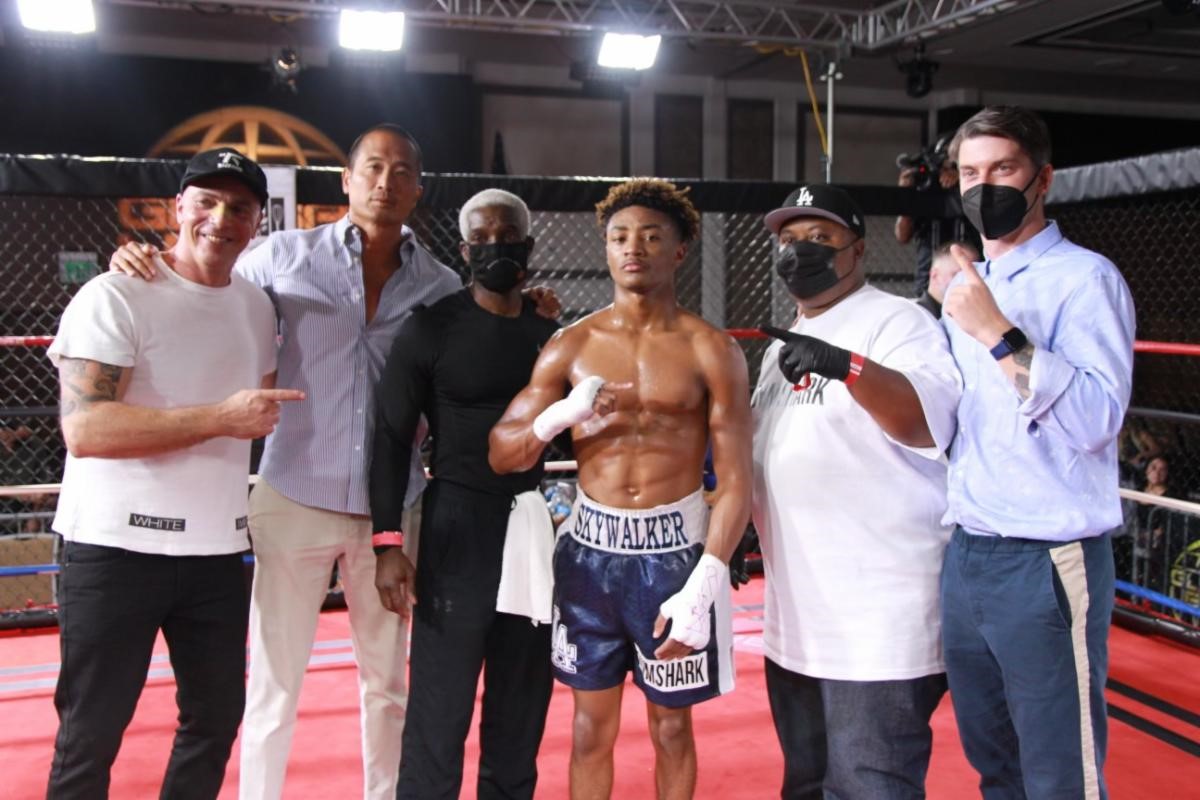 Los Angeles, CA (March 22, 2021) – This past Saturday, heralded featherweight prospect Jalen Walker remained perfect by stopping veteran Julian Aristule in round three of a scheduled six-round bout at the Airport Hilton in Miami.

Waker came out very composed as he calmly landed solid combinations to the head and body of Aristule.

With the win, Walker continues to ascend, and the native of Los Angeles raises his perfect mark to 8-0 with seven knockouts. Aristule of Argentina, falls to 34-15.

“I’m happy with my performance. When I was in there, I had seen how I improved since my last fight, especially with the combination punching and the body shots I was landing in there,” said Walker.

“After the first knockdown, I knew that it was a matter of time it was going to be over with. I just want to get back in there and I want to fight again soon very soon.”

“It’s always good to see and gauge progress with a young fighter like Jalen, and we’re very happy with what we saw. We thank Aristule and his team for taking the match,” said Clemente Kwan of Waterfront Management.

Co-manager Rene Symonds stated, “This was a very composed performance against a 48-fight veteran. He put money In the bank by going to the body, and eventually knocking him out with a stabbing punch to the mid section. Jalen showed ring IQ, and real power on Saturday!”