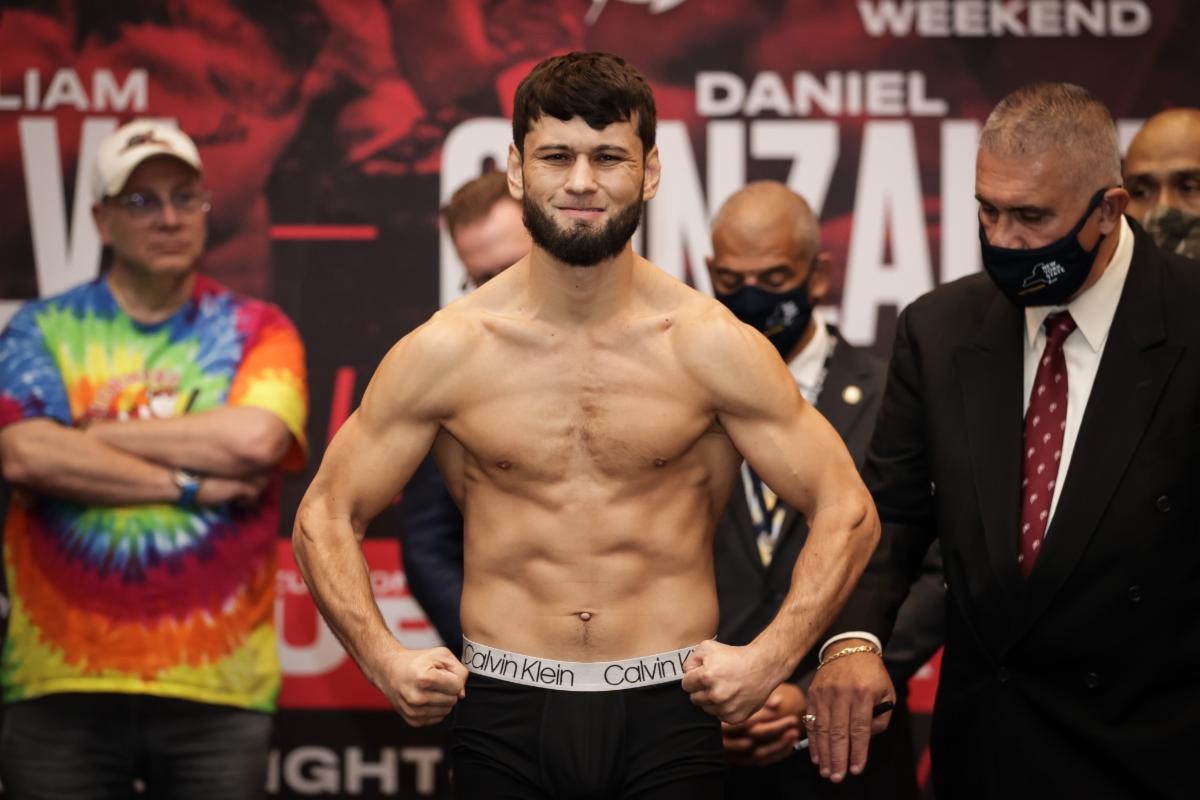 PHILADELPHIA, PA / New York (May 17, 2022)–Jamshidbek Najmitdinov moved up in weight and had a career best performance as he stopped former world title challenger Charles Hatley in two rounds in Hatley’s hometown in Dallas.

In the process, Najmitdinov won the WBC USNBC title.

Najmitdinov came out firing and looked to not leave the fight in the judges’ hands. In round two, he took the fight into his own hands as he dropped Hatley with a powerful left. Hatley was unsteady as he tried to get up and the fight was stopped at 2:17.

“I was training for four months. I just wanted to make a comeback and show that I was better than my last fight. Whoever it was, I was going to knock him out. That was my mindset. When I came out, I came out with bad intentions. I started throwing hard punches and wanted to go hard for the whole fight and make him feel all of the punches,” said Najmitdinov. “I feel great at 147 pounds. I feel so much stronger. I want to come right back. I will fight anybody that the managers and promoters say. I will fight anybody. I want to thank all of my fans for supporting me. For the people who counted me out, now you are all believers.”

“We are very proud of Jamshidbek. He was able to shake off adversity from his previous outing and went into Hatley’s hometown and knocked him out. This will open up a lot of doors for him in the welterweight division. We are immediately looking for a big fight for him,” said Artie Pelullo, President of Banner Promotions.

“We were excited about his performance. I think the increase in weight added strength, and he is more suited to be welterweight. He shredded down too much to fight at 140. He is carrying his punch, and we are looking forward to big things for Jamshidbek,” said Ronson Frank, President of Uprising Promotions