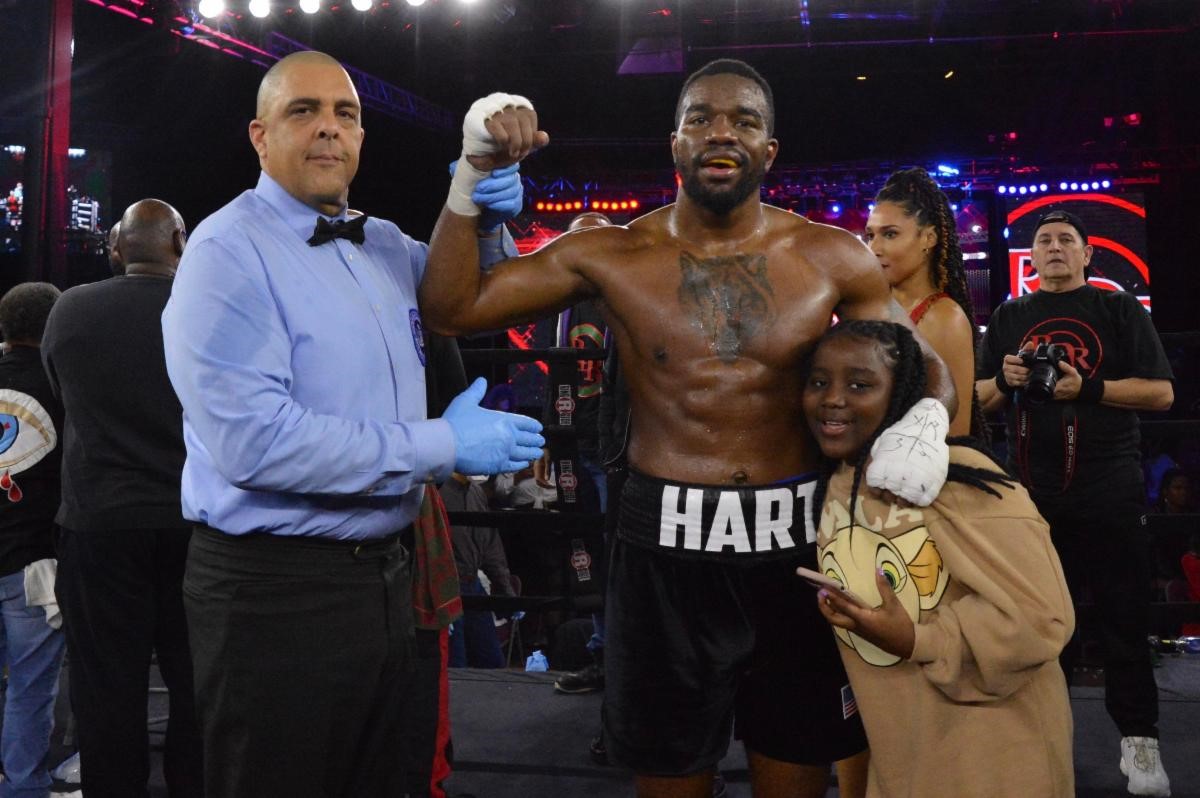 Hart dropped Murray with a short jab in the opening frame. Hart sent Murray to the deck again in round three as he hurt Murray with power shots and followed that up with a hard left hook. Murray was in trouble, and Hart sensed that. Hart jumped on Murray and landed a hard flurry of punches and the fight was stopped at 2:20.

In the opening seconds, Hubbert dropped Ortiz with a right hand. That was the high point of the fight for Hubbert as Ortiz started to box and move very effectively as he picked Hubbert apart from the outside. Hubbert would look to land a big shot, but he was never close to striking lightning again. Ortiz was able to rack up the rounds and came through with the unanimous decision.

Steven Pichardo and DeWayne Williams battled to a six-round draw in a middleweight bout.

Boimah Karmo remained undefeated with a four-round majority decision over Denzel Fudd in a welterweight bout.

Edwin Cortes made a successful pro debut with a four-round unanimous decision over Jerrod Miner in a bantamweight fight.

Felix Parrilla remained undefeated with a 4th round stoppage over Ryan Venable in the final round of their super featherweight bout.

Nieves scored a knockdown in round four, and won by scores of 40-35 on all cards.