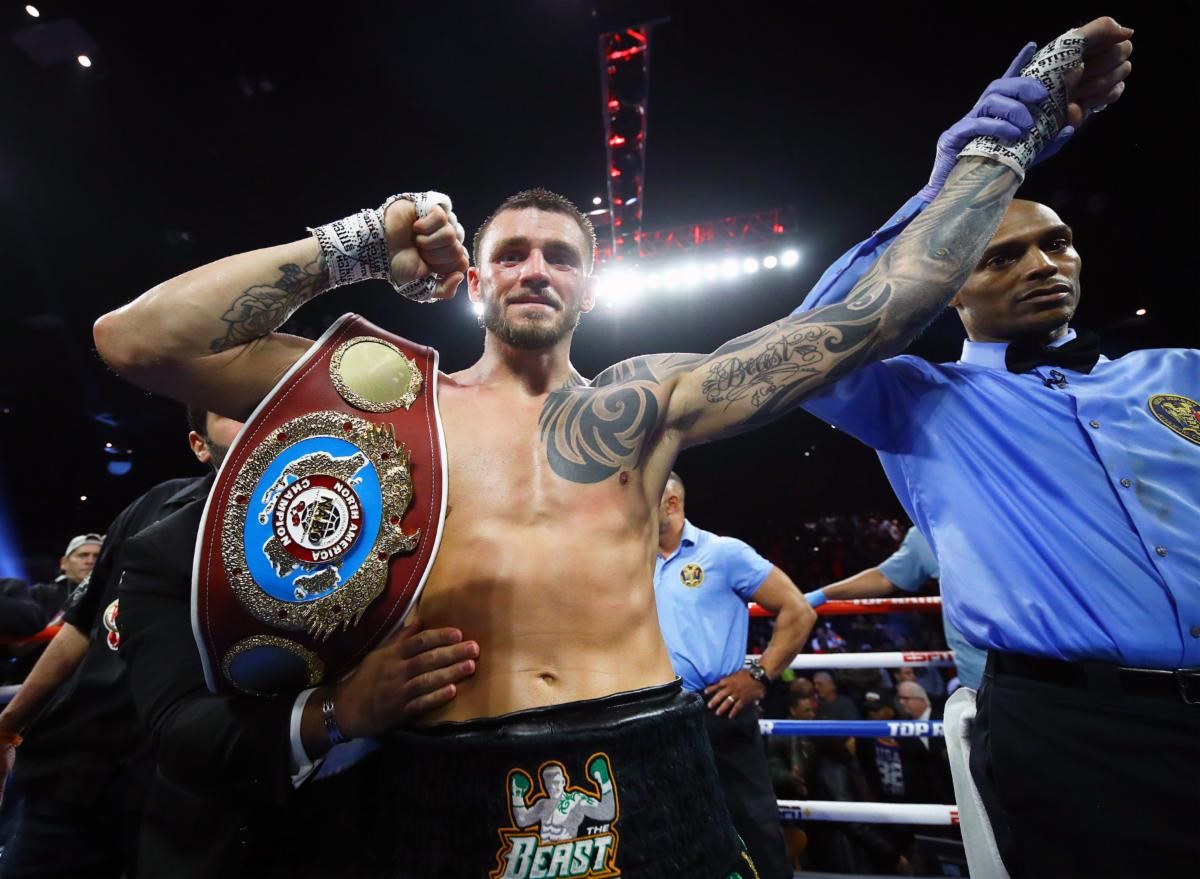 NEW YORK (December 28, 2020) – Joe DeGuardia’s Star Boxing is pleased to announce that Long Island’s own, “The Common Man,”JOE “THE BEAST” SMITH JR. (26-3 21KO’S) has been nominated for 2020 Fighter of the Year, by the Boxing Writers Association of America.

Smith Jr.’s nomination comes on the heels of a spectacular 2020, in which he dominated then #1 rated light heavyweight Jesse Hart, in January on ESPN to win the WBO NABO Light Heavyweight Title. In August, Smith Jr. would return to the ring once again on ESPN in a WBO World title eliminator against then #1 rated light heavyweight and former world champion, Eleider Alvarez. Smith Jr. would once again dazzle boxing fans with an electric 9th round knockout victory, sending Alvarez through the ropes, reminiscent of his 2016 knockout of boxing legend Bernard Hopkins.

Looking ahead to 2021, Smith Jr. is focused on fulfilling his lifelong dream as he is set to challenge for the WBO Championship of the World on February 13 in the main event on ESPN, against tough Russian veteran, Maxim Vlasov. More info on this World Title fight can be found by clicking here: Link 1 Link 2