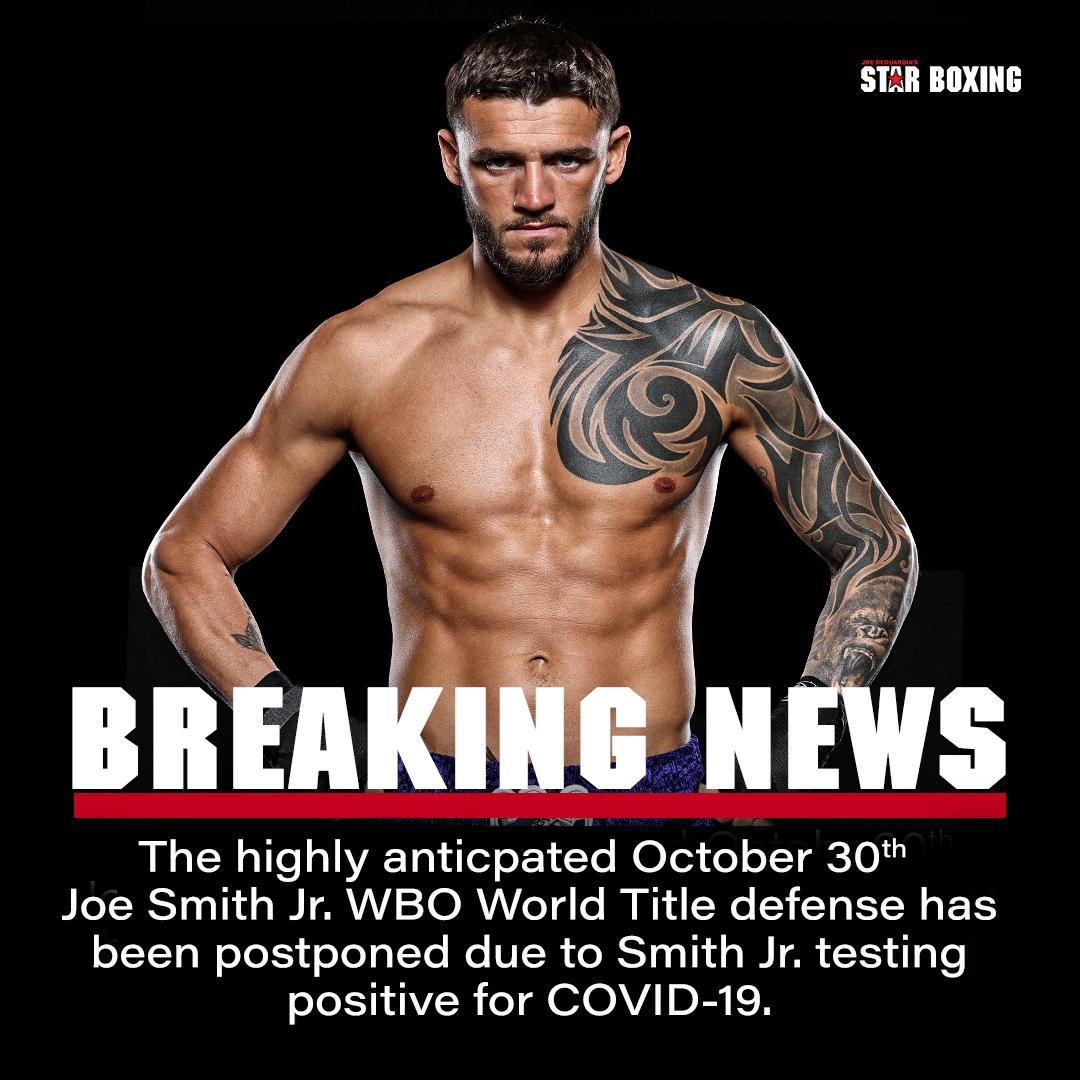 New York, New York (September 21, 2021) – Star Boxing regrets to inform everyone that JOE SMITH JR.’s highly anticipated WBO World Championship defense will be postponed due to Smith Jr. testing positive for COVID-19.  The fight, scheduled for October 30th, which was set to be officially announced this week and expected to sellout quickly, as we received numerous inquiries coming from fans looking to purchase tickets to the “Common Man’s” triumphant return to NY for his first title defense. A rescheduled fight date will be announced soon.

Joe Smith Jr.had this to say about the disappointing news, “I was in camp working hard. I am very disappointed that I won’t be able to defend my title in October due to having COVID. When I am better I will be back in the gym preparing to fight as soon as I can and put on a great show for all my fans.” Star Boxing CEO JOE DEGUARDIA had this to say, “We are disappointed that we must postpone Joe Smith’s first world title defense in front of his dedicated New York fanbase.” DeGuardia continued, “Currently, our sole focus is to make sure that Joe is healthy and we wish him a speedy recovery. News on a rescheduled fight date will be announced soon.”