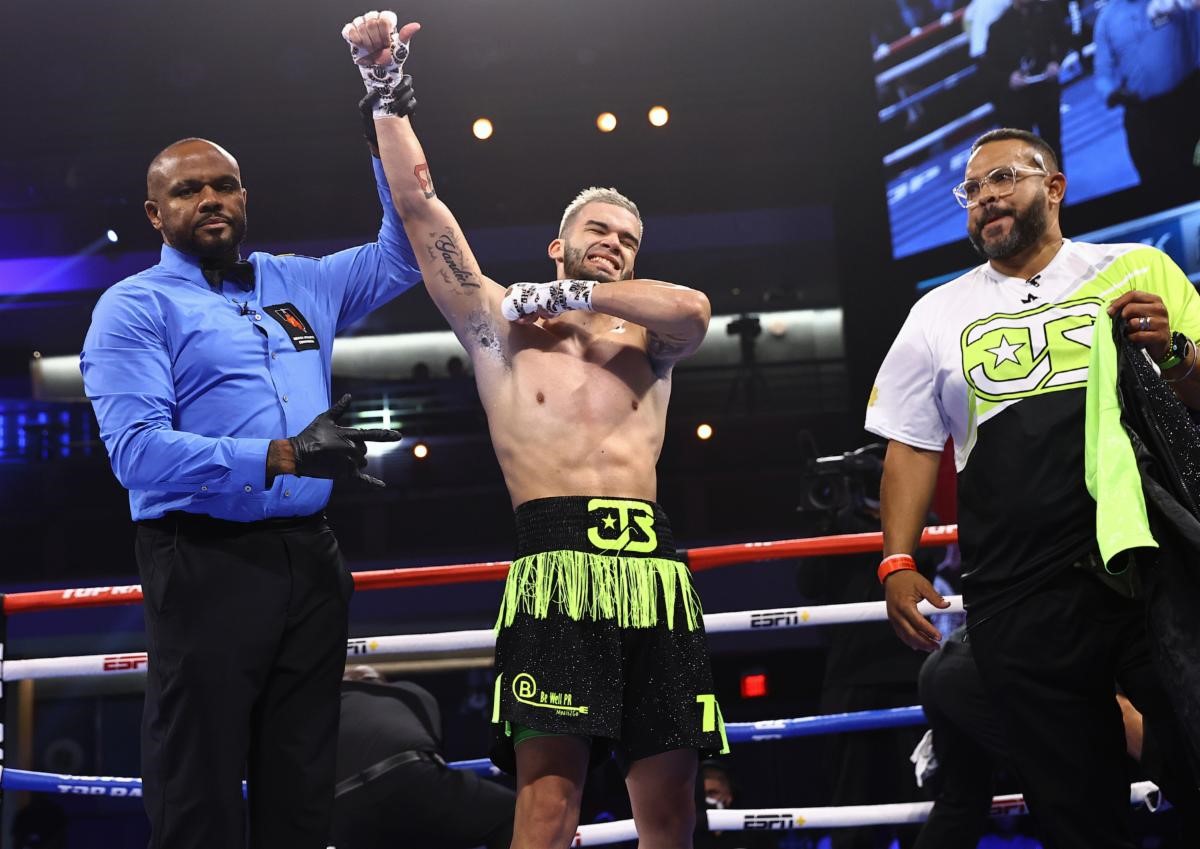 NEW YORK (June 14, 2021)- Split-T Management’s John Bauza remained undefeated with a 2nd round destruction of Christon Edwards in round two of their scheduled eight-round junior welterweight bout at the Virgin Hotel in Las Vegas.

Bauza set a ferocious pace early and dropped Edwards at the end of the opening frame. Bauza, of North Bergan, New Jersey via Rio Piedras, Puerto Rico did not rest of his early success, as he wasted no-time in ending the night early by dropping Edwards two more times in the opening 40 seconds of the second frame, and the bout was stopped.

With the win, the 23 year-old Bauza raises his perfect mark to 15-0 with six knockouts.

The bout was part of the ESPN+ streamed undercard.