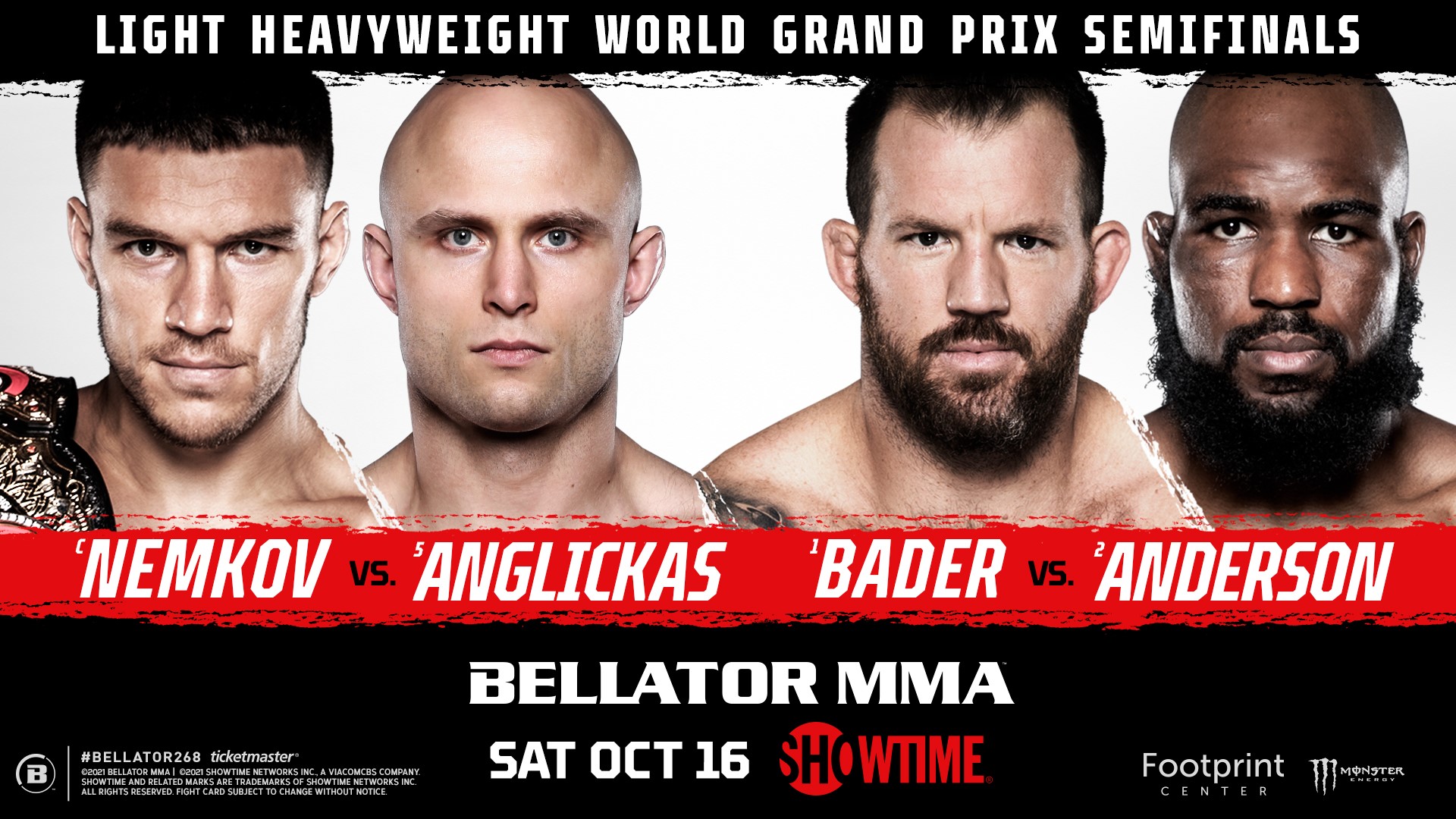 LOS ANGELES – A previously announced BELLATOR MMA Light Heavyweight World Championship bout between Vadim Nemkov (14-2) and Anthony “Rumble” Johnson has been canceled following the news that “Rumble” has been forced to withdraw from the bout due to an undisclosed illness.

As a result, official BELLATOR Light Heavyweight World Grand Prix alternate Julius Anglickas (10-1) has been called upon to fill in for Johnson in the semifinal bout and will now challenge defending champion Nemkov on Saturday, Oct. 16 in the main event of BELLATOR 268: Light Heavyweight World Grand Prix Semifinals at the Footprint Center in Phoenix.

After earning the distinction of alternate in BELLATOR MMA’s Light Heavyweight World Grand Prix following a victory over Gregory Milliard at BELLATOR 257, the 30-year-old Lithuanian will now have the golden opportunity to showcase his skills on MMA’s biggest stage, win BELLATOR gold, and move to the Grand Prix finals. Anglickas’ original opponent No. 10 ranked light heavyweight Karl Albrektsson (12-3) will now meet Dovletdzhan Yagshimuradov (18-6-1) during the preliminary card. Also, a bantamweight tilt between undefeated Jaylon Bates (3-0) and Raphael Montini de Lima (6-4, 1 NC) is official, along with a welterweight bout pitting Mukhamed Berkhamov (14-0) versus Jaleel Willis (15-2).

Undefeated since joining forces with the Scott Coker-led promotion in 2019, the Anglickas has emerged as the No. 5 ranked fighter in the promotion’s stacked 205-pound weight class. Holding a professional record of 10-1 and currently sporting a nine-fight winning streak that began in 2016, the 30-year-old powerhouse is now in the running for the million-dollar Grand Prix prize. Team Fedor’s Vadim Nemkov most recently went five hard rounds with former champion Phil Davis, earning a unanimous decision victory en route to punching his ticket to the semifinals. Nemkov has been perfect in BELLATOR to this point, winning all six of his contests including three knockouts and a submission.