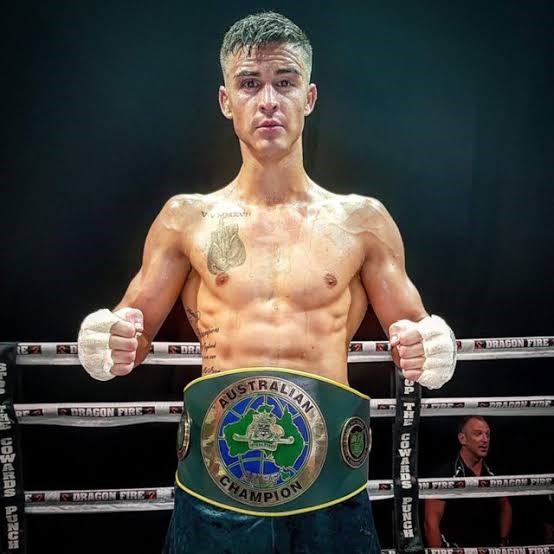 MANDURAH, Australia, (December 21, 2020) – “Action” Jackson England’s meteoric rise up the ranks of young Australian boxing prospects came to a grinding halt in the wake of COVID-19 this year.

From regular victories that saw him crack into the World Boxing Council’s top 40 to being locked out of his gym in the space of a week, the pandemic hit hard for the Mandurah-based fighter.

“My last fight was in early March and a week after that our gym closed down.”

Jackson England has been training the house down since his last fight in March. Photo: Contah Photography.

It was a tumultuous time for England, who in the blink of an eye had gone from one of the country’s brightest young stars to now punching his way forward through waves of uncertainty.

“Obviously everyone had to adjust in their own way and for me, like it was for a lot of people, everything was just happening so fast that it was a bit of a whirlwind.”

England has since experienced the longest stint in his career without a fight.

Three times he has been on the cusp of returning to the ring, only to find out his opponent has backed down just weeks prior to the bouts.

“It got really frustrating,” he said.

“One minute we’re thinking great, we’ve got a fight set in stone, and the next that opportunity is gone.

“I’m a competitor and I’m a fighter. I live to be in the ring, it’s what I love to do, so it was a really hard time.”

But with 2020 now winding down and a fresh start on the horizon, England is beginning to see the light at the end of the tunnel.

With COVID-19 restrictions being relaxed around the country and boxing promoters eager to get back to fight night, the 22-year-old has found himself with options back on the table.

Perth’s ever-popular Thunderdome fight card (in which England quickly became a fan-favourite) will return in February, while an opportunity in Sydney could also beckon for the young star.

The thought of returning to the ring is one that brings a smile to England’s face.

“I get excited on a regular fight night, but to have waited this long, it would be on another level,” he said.

“There were definitely times this year where I would be training and the thoughts of ‘why am I even doing this?’ would creep into my brain, but at the end of the day I just love it.”

The next Thunderdome event will be held on February 26.