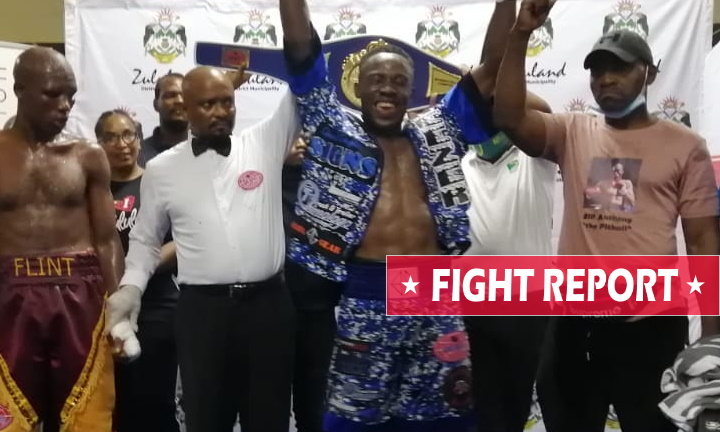 At the Multipurpose Hall in Nongoma, KwaZulu-Natal, Mdletshe proved the better boxer and was winning almost every round when he started to tire midway through the fight, and dramatically ran out of steam in the second half.

Widely behind on the scorecards, by four, four and five points, Ntshani seized his moment and in round eight he was pummeling a defenselessness Mdletshe, forcing referee Sipho Zondo to step in a save the local man.

Showing the importance of conditioning and will-power, the new WBF All Africa champion improved his professional record to 4-1 (4). Mdletshe drops to 8-4 (6).

The fight headlined a show promoted by Ludonga Promotions.