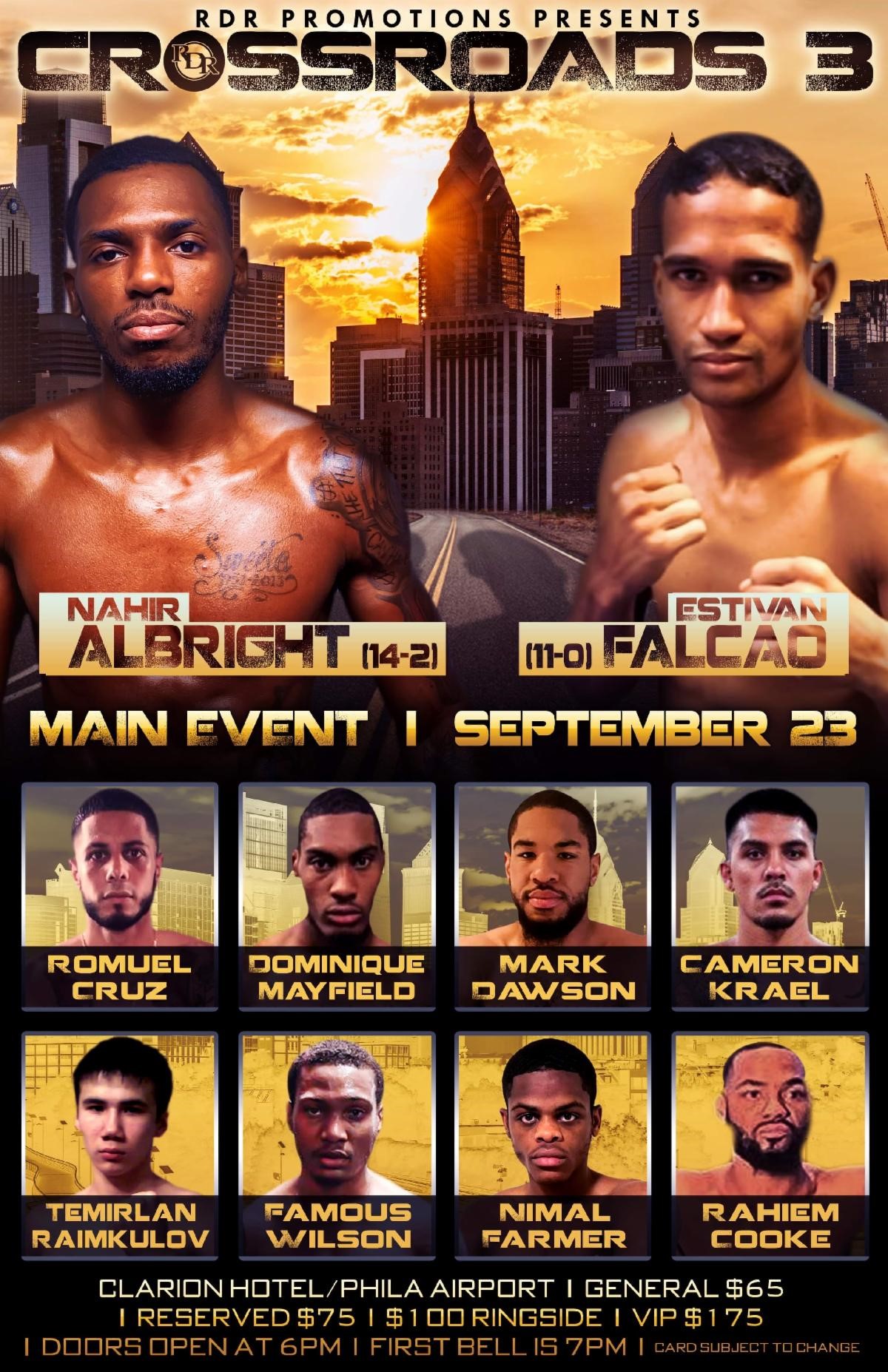 PHILADELPHIA PA (September 21, 2022)–This friday night, A big lightweight bout will headline RDR Promotions debut at The Clarion Hotel as Nahir Albright will take on undefeated Estivan Falcao in a bout scheduled for eig-rounds.

Albright of Sicklerville, New Jersey has a record of 14-2 with seven knockouts. The 26 year-old Albright is a six-year professional, and has a slew of good wins which include getting his hand raised against Danny Murray (1-0), Glenford Nickey (4-1-1), Roy McGill (6-1), Dante Cox (6-1), former world title challenger Cosme Rivera, Jeremy Hill (15-1) and Michael Dutchover (15-1). In his last bout, Alright came up short as he dropped a unanimous decision to undefeated Jamaine Ortiz on February 18th in Orlando. The bout headlined a ShoBox: The New Generation card on SHOWTIME.

Falcao of Sao Paulo, Brazil is 11-0 with six-knockouts. The 26 year-old Falcao will be making his United States debut. In Brazil, he defeated undefeated fighters Eduardo Costa Do Nascimento (1-0) and Jefferson Da Silva (5-0). He is coming off a unanimous decision win over Rodolfo Franz on July 24, 2021 in Sao Paulo, Brazil. Falco is the brother of Brazil’s Olympic Silver Medal winner Esquiva Falcao (30-0 as a professional) and Bronze Medal Winner Yamaguchi Falcao (21-1-1 as a professional).

A packed undercard is being assembled and already will feature some Philly favorites and prospects.

Prized amateur standout Marvelous Corbin of Philadelphia will make his pro debut against Kaywann Sistrunk (0-7-1) of Detroit, Michigan in a junior welterweight.