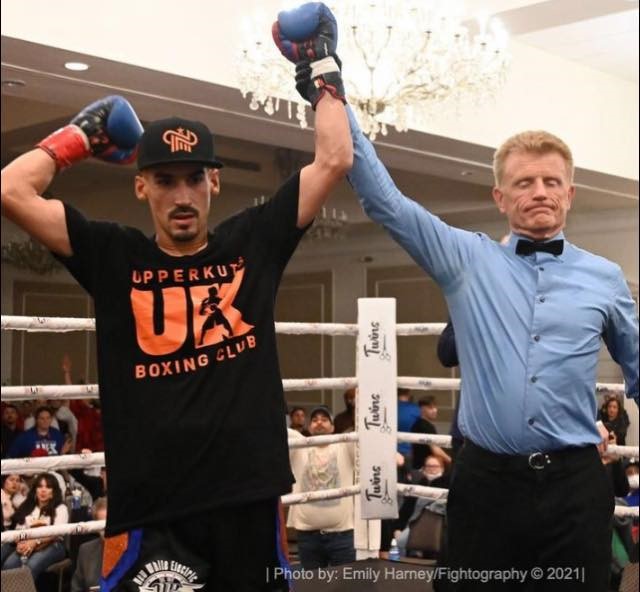 Framingham, Mass. (October 18th, 2021)–Four Fighters from the DKO Management stable all came out victorious with decisive wins on Saturday night at the Sheraton Hotel in Framingham, Massachusetts.

In the main event, Nelson Perez took a six-round unanimous decision over Ryan Venable in a lightweight battle.

Perez, 30 years-old, was a Rocky Marciano and Connecticut State champion in 2018.

Elvis Figueroa made it 8-0 as he stopped 64-fight veteran Larry Smith in round three of their scheduled six-round super middleweight contest.

Figueroa dominated the action as Smith had to take a knee in round two. Figueroa continued the pressure which forced the corner of Smith to toss in the towel at 1:04 of round three.

Felix Parrilla lived up to the billing as he scored a sensational 2nd round stoppage over Sidell Blocker in a scheduled four-round super featherweight bout.

Jeffrey Torres raised his record to 8-1 with four knockouts with a 1st round dismantling of Jader Alves in a welterweight fight.

Torres dropped Alves with a left hook at the end of the opening frame, and the fight was stopped at 2:56.

Figueroa, Torres and Parrilla are co-managed by Marilyn Rosa and are promoted by KO Night Promotions.