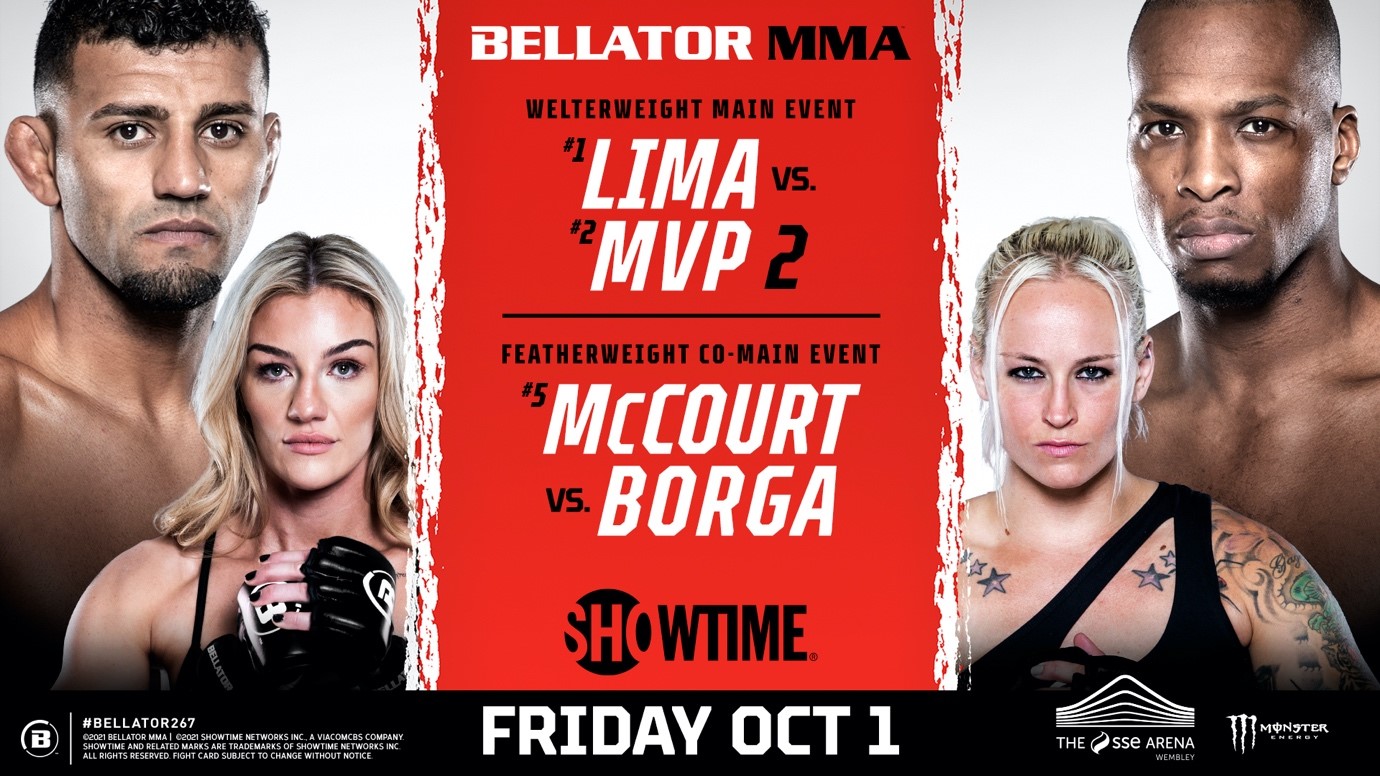 LONDON, UK – A women’s featherweight fight will serve as the co-main event for BELLATOR MMA 267: Lima vs. MVP 2 on Friday, October 1 when No. 5 ranked Leah McCourt (5-1) meets Jessica Borga (3-3) at The SSE Arena, Wembley in London.

The bout will sit atop the card alongside a must-see rematch between No. 1 ranked Douglas “The Phenom” Lima (32-9) and No. 2 ranked Michael “Venom” Page (19-1) where the stylish striker from London will look to avenge the lone blemish on his record in front of his home crowd.

Tickets for the event are on sale now and can be purchased online from axs.com/uk and BELLATOR.com.

Currently riding a four-fight win streak, Northern Ireland’s Leah McCourt returns to action following a stunning come-from-behind victory against Janay Harding during her last outing at BELLATOR 259 in May. Now sitting at No. 5 in BELLATOR’s featherweight rankings, a win at the expense of her opponent on Oct. 1 will go a long way in moving “The Curse” one step closer to a BELLATOR world title shot against incumbent champion, Cris Cyborg.

Making her third appearance for BELLATOR, Jessica Borga will be competing for the second time in 2021. Most recently, “The Black Widow” went 15 minutes with former title challenger Talita Nogueira, following up an impressive submission triumph over Amber Leibrock in her promotional debut.

Additional bouts have been added to the fight card, which can be found below.