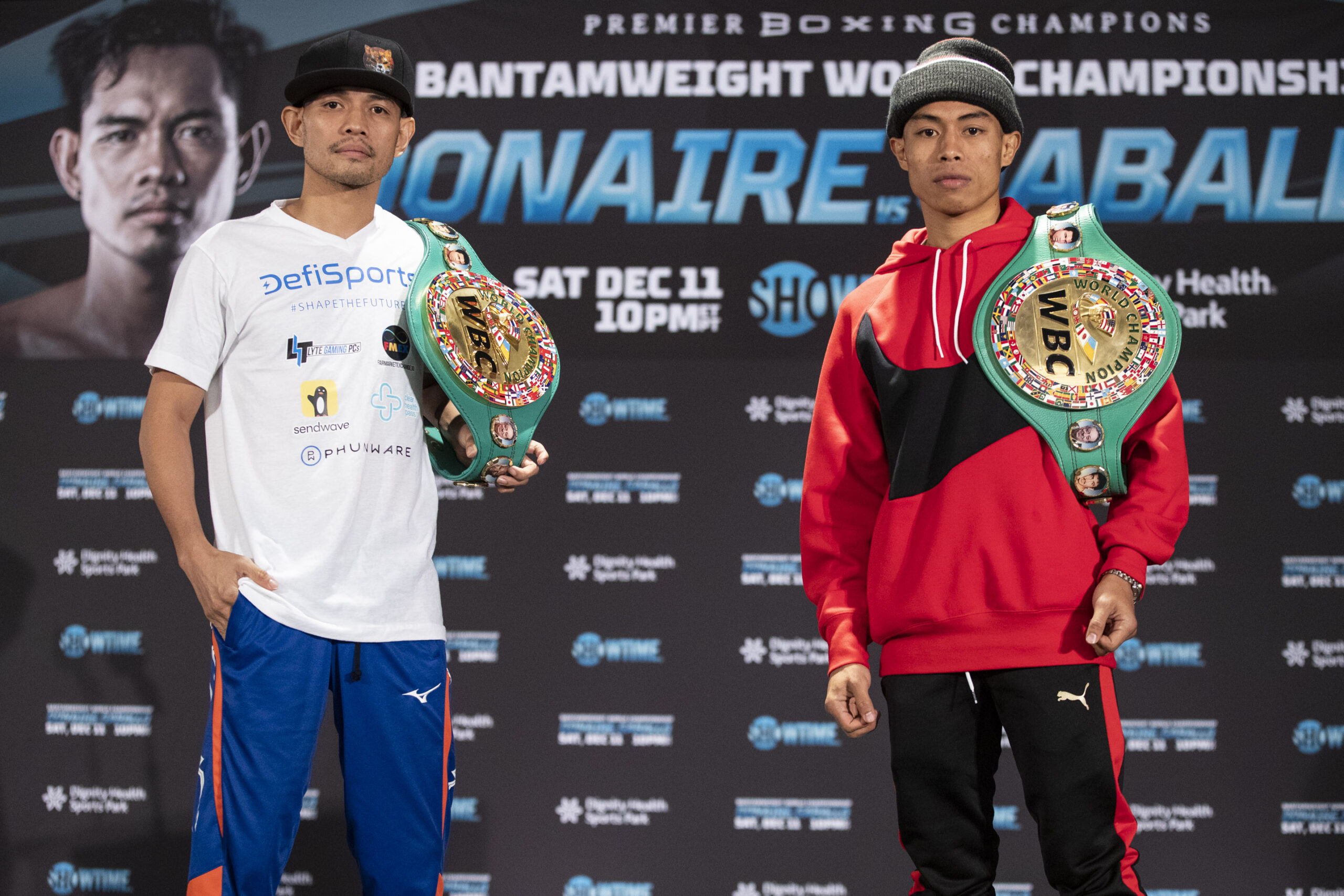 The telecast begins at 10 p.m. ET/PT and features unbeaten welterweight contenders Kudratillo Abdukakhorov and Cody Crowley squaring off in the 10-round co-main event, plus rising super lightweight Brandun Lee battling contender Juan Heraldez in a 10-round bout. The telecast kicks off with a replay of last Saturday’s Gervonta Davis vs. Isaac Cruz SHOWTIME PPV® main event.

Tickets for the live event are on sale now and can be purchased at AXS.com.

“For me, after the Naoya Inoue fight, I saw that I still had a purpose in this sport. I came in strong against Nordine Oubaali in my last fight because I have that purpose. That purpose is to become undisputed champion of the world.

“I’m proud that there is another Filipino fighting at this level. I’m happy to be sharing the ring with Reymart. I know he’s very hungry and that he has a big dream, just like everyone in the Philippines. I know that he’s going to be at his best, so I made sure that I’m prepared and at my best as well.

“I’ve faced a lot of top guys with great power like Gaballo has. My experience allows me to have no fear of the power. We’re just focused on our strategy and how I can take advantage of his style.

“We’re 100% ready. We build up our mental fortitude so we can always push forward and be ready. We’re only as strong as our mind can be. My mental strength is through the moon.

“I’m here enjoying this moment and every moment I have left in my career. In the gym, I feel like I can do this for another 10 years. I just take it one fight at a time and I’m grateful for every moment of it.

“This is a gentleman’s sport. It gives credibility to a fighter if he can speak with sportsmanship. It’s not about talking down to other people. I believe the greater man can look into his opponent’s eyes, shake hands with him and then go for the kill when they’re in the ring.

“I love the sport of boxing. It’s given me everything that I have and I’m going to represent the sport with honor and integrity.

“I’m going to leave it up to my team as to what we do next. Having said that, I’m going to go after all of the other bantamweight champions.

“Reymart is a really good fighter, but I’m very confident. I have bigger fish to go after following this fight. We’re both going to do our best but victory is the only thing I’m here for.”

“It’s an honor to fight my idol in the ring. I’m so excited to compete on Saturday night for the world championship.

“When I look at my last fight, I see that I have to improve my head movement and throw more punches. I believe that I’ve made the improvements that I needed to during training camp.

“Every time we train in the gym, everyone is throwing me the same punches that Nonito throws. We know that he’s not only going to throw that left hook, so we made sure I’ll be ready for everything.

“Age is just a number. I know that Donaire’s movement is still there, just like it’s always been. We’re not going to rely on my youth as the only thing I need in this fight.

“I’m very happy and it gives me great pleasure to have this chance to become world champion. I’ve been working my whole life to accomplish this goal.

“I’m going to do everything that we’ve worked on and prepared for in training so that I put on a great performance. I’m coming with everything I have to win this fight.

“I don’t like to talk too much, but I can say that I’m going to do my best in the ring on Saturday night.

“This is going to be a very good fight and I’m going to do everything that I can to make sure that my hand is raised after the final bell rings.”

“I will win this fight. After three years of being the mandatory challenger in the IBF, I deserve a shot to be a champion.

“I will knock him out on Saturday night and then I will knock out Errol Spence Jr. to become world champion.

“I have no sympathy for Crowley and I don’t want to hear any excuses from him after this fight. It doesn’t matter what he says today, I will knock him out anyway.

“I’ve prepared for this opportunity and I know that I have what it takes not only to win this fight, but to show everyone that I’m one of the best welterweights in the world.

“I’m going to win this fight and knock him out. He says he’s never lost a round before, but that’s because he’s never faced the kind of competition that I’ve faced or that I bring to the ring.”

“I got offered this fight back in April and I accepted this fight without questioning it. He backed out the first time, but now we’re finally here. I have a feeling he’s overlooking me.

“He doesn’t know what I’m capable of. I’ve been in the ring with world champions. Even by mentioning Errol Spence’s name, he’s overlooking me. On Saturday night, he’s going to find himself in waters that he can’t swim in.

“You’re going to see who’s standing in the center of the ring and who’s running once the bell rings. I’ve survived in waters that destroy most people.

“I feel fantastic. I’m a world-class athlete and this is the level I’m supposed to be on. There’s a reason that people can’t keep up with my activity in the ring. I’m a machine. He’s going to find out that he doesn’t have a human in front of him Saturday night.

“I’ve been waiting for this opportunity. This is where I belong and this is where I thrive. I feel at home right now. A win on Saturday puts me where I already know I am. I’m a world champion in my head, the world just doesn’t know it yet.

“It’s taken a lot of sacrifice to get here. I’m from a super small town in Canada where boxing doesn’t really exist. I’ve had a burning desire since a young age to become something great and I’ve put myself in the best possible environment to be successful.

“Everything I’ve done comes from a crazy work ethic that I put in at the gym every single day. I wake up and go to sleep every day knowing that I’m going to become world champion. Now I’m here on SHOWTIME. It’s a message to everyone out there in the world, that you can do anything you put your mind to.”

“I am going in to win no matter how it goes down. I might knock him out, it may go the distance.

“It doesn’t matter if I go for the knockout or go for the win. Come Saturday night, I’ll be 24-0.

“I don’t get paid for overtime, so it doesn’t matter if the fight goes one round or 10 rounds. I’m going to take it moment by moment and display all of my skills for as long as this fight goes.

“Juan Heraldez is a good boxer; he has good speed and he is light on his feet. He is definitely my best opponent to date. It’s a challenge that I’m looking forward to.

“I can’t predict the future, but the one thing I can predict is me winning. I’m going to be 24-0 after Saturday night.”

“I learned in the Regis Prograis fight that I have to prepare better. I can’t just rely on my skills and talent. I have to physically be at a higher level.

“I changed coaches back to my amateur coach because I know he’s going to have a game plan and that he’s going to get the best out of me.

“I’m not worried about being an underdog. I’ve been an underdog against an undefeated fighter before and we’ve seen what I can do in those kinds of fights.

“I’m going to show off where I’m headed in this sport. My speed, talent and my jab are going to all come together. I think this is going to be the best performance of my career. I’m prepared physically and mentally.

“I’m predicting a win. Everyone else might be surprised, but we won’t be.”