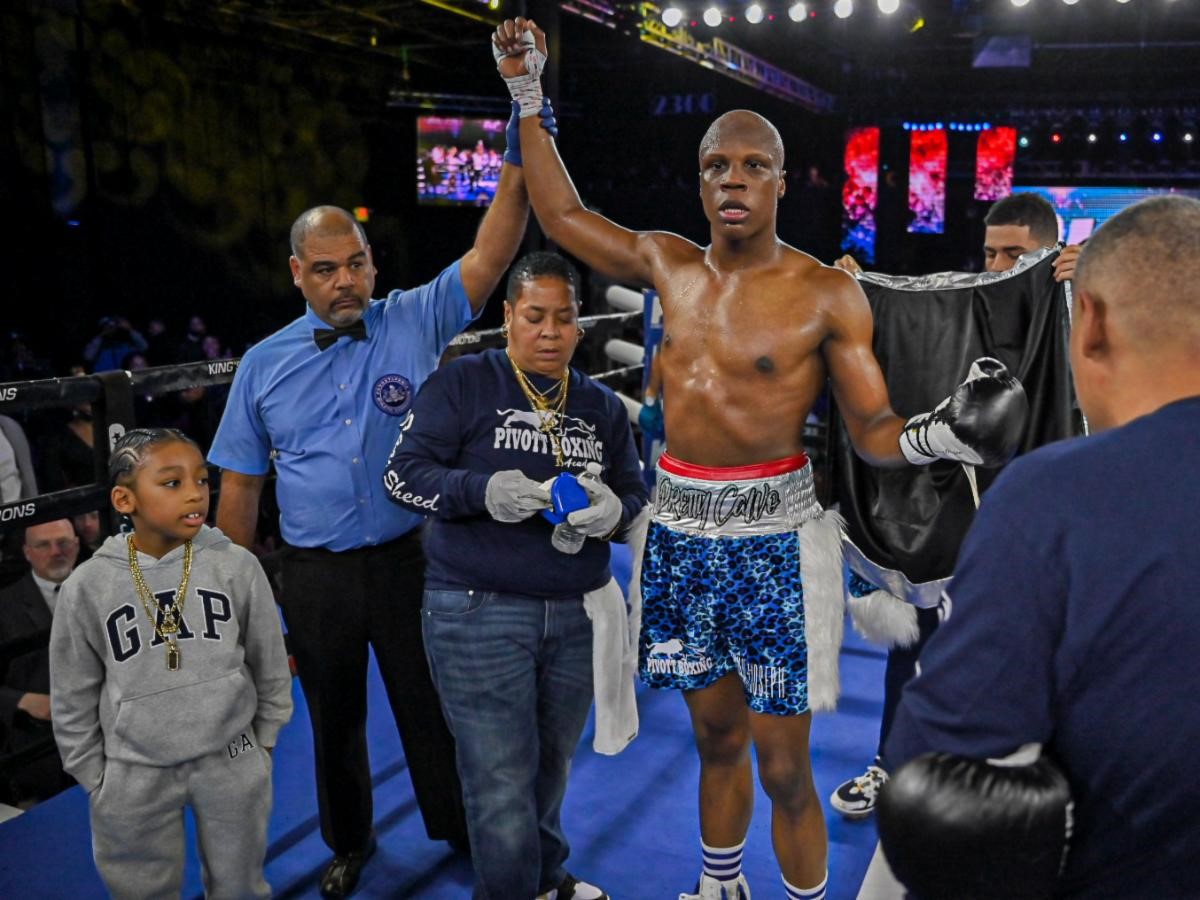 PHILADELPHIA–Atif Oberlton stopped Brent Oren in round two of a scheduled six-round light heavyweight bout in front of a large audience at the 2300 Arena.

The seven-bout card was promoted by King’s Promotions.

Oberlton was patient early as landed some power punches. At the end of round one, Oberlton landed a hard left hand at the bell. That was a precursor of things to come as in round two, Oberlton ramped up the offense and dropped Oren twice. The second knockdown hurt Oren and the fight was stopped at 1:38.

Oberlton of Philadelphia was making his hometown debut and the heralded prospect is 4-0 with four knockouts. Oren of Harrisburg, PA is 4-7.

Albright of Philadelphia is 4-0 with four knockouts. Hernandez of Kent, WA. is 7-2.

In the opening seconds, Bernadin dropped Torres with a hard left hand. He was all over Torres and landed a hard flurry of punches and the bout was stopped.

Jonathan Rodriguez and Roberto Pucheta battled to a six-round draw in a bantamweight contest.

Johnson of Philadelphia took two cards by 39-37 tallies, while Abarca won a card 39-37.

Julian Gonzalez stopped Tyriek Gainey in round one of their scheduled four-round junior lightweight bout.

Gonzalez dropped Gainey with a hard right hand. Gonzalez landed a flurry of punches that hurt Gainey on the ropes and the fight was stopped at 2:06.

Gainey of Reading, PA is 5-0 with five knockouts. Gainey of Paterson, NJ is 0-2.

Devon Young remained undefeated with a four-round unanimous decision over Nicoy Clarke in a heavyweight bout.

Young pounded away at a game Clarke and won by scores of 40-36 cards.