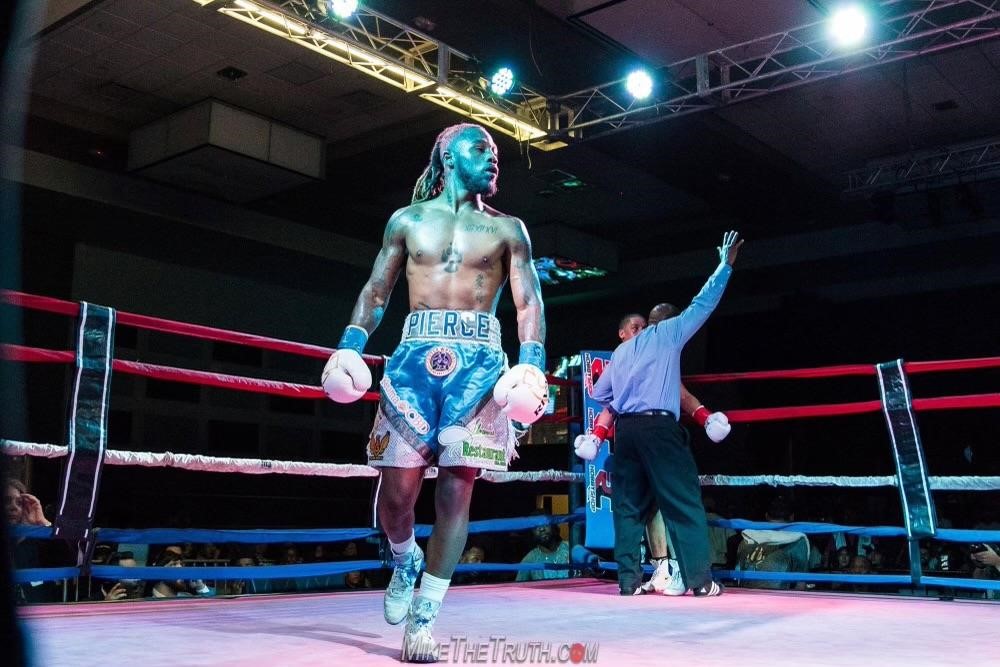 (June 7, 2022) – On Saturday June 4th, Elijah Pierce spoiled the hometown return of previously undefeated Jesse Garcia by scoring a third round stoppage in their scheduled eight-round featherweight bout. After an even first round, Pierce took complete control. In round two Pierce floored Garcia with a short right hook. Garcia was able to beat the count just as the bell rang. In round three, Pierce once again continued to punish Garcia, and forced the referee to stop the bout, awarding a technical knockout victory to Pierce.

“I’m thankful to Jesse Garcia for being willing to step in the ring with me. He is a tough warrior. I want all the smoke in the division. I’m ready for and want all of the big fights,” said Pierce after his victory.

With the win, Pierce of Midwest City, Oklahoma is now 13-2 with 12 knockouts. Garcia, who at one time was promoted by Top Rank is now 10-1.

Pierce is managed by Trifon Petrov and Jessie Tanksley, and is currently a promotional free agent.  Elijah Pierce will be back in the ring June 17th in Cleveland, Ohio. He is facing Joseph Ambo from the Philippines.