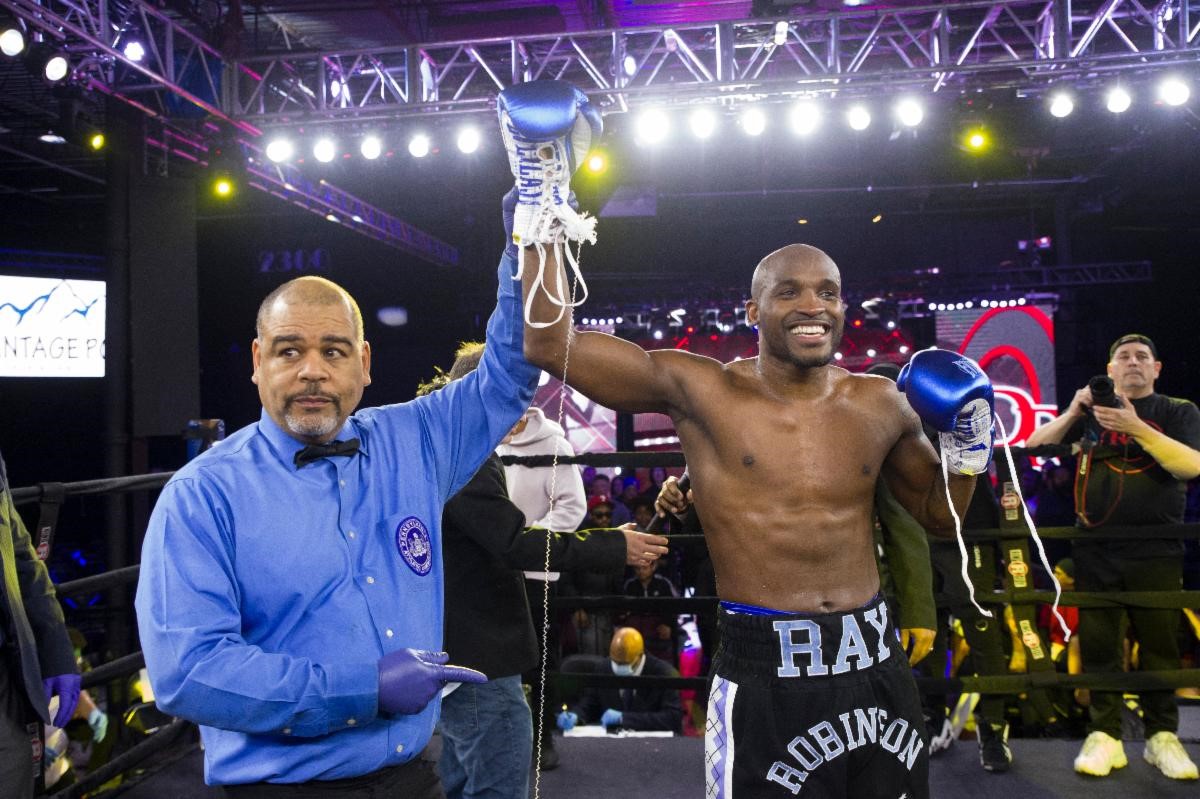 PHILADELPHIA (February 28, 2022) –Ray Robinson shook off a two-and-a-half-year layoff by stopping veteran Silverio Ortiz after round three of a scheduled six-round junior middleweight bout in front of a big crowd at the 2300 Arena.

The eight-bout card was promoted by RDR Promotions.

Robinson was very sharp with his punches as he continuously banged shots off the head of Ortiz. Ortiz was able to get in some flush punches of his own. Robinson had a big round three as he had Ortiz in trouble several times. The corner of Ortiz had seen enough and bowed their charge out of the fight.

Muhsin Cason remained undefeated with a 5th round stoppage over Steven Lyons in a scheduled six-round cruiserweight fight.

Cason got off to a slow start but started to turn the fight around in the fourth frame. In round five, Cason landed a left-right and another hard left that put Lyons down for the count at 2:58.

Cason of Philadelphia via Las Vegas is 10-0 with seven knockouts. Lyons is 5-8-2.

Mayfield scored a knockdown in round two and won by scores of 40-35 on all cards.

Mayfield of Philadelphia is 1-1. Clark of Houston is 1-2.

Caudle was aggressive and was landing some hard shots until Sabbagh pulled the plug on the fight at the end of round four.

Edwin Cortes made it two straight over Jerrod Miner in a four-round bantamweight contest.

Jabril Noble stopped Joseph Santana in round one of a scheduled four-round lightweight bout.

In round one, Noble hurt Santana several times before dropping Santana with a left hook, and the fight was stopped at 2:01.