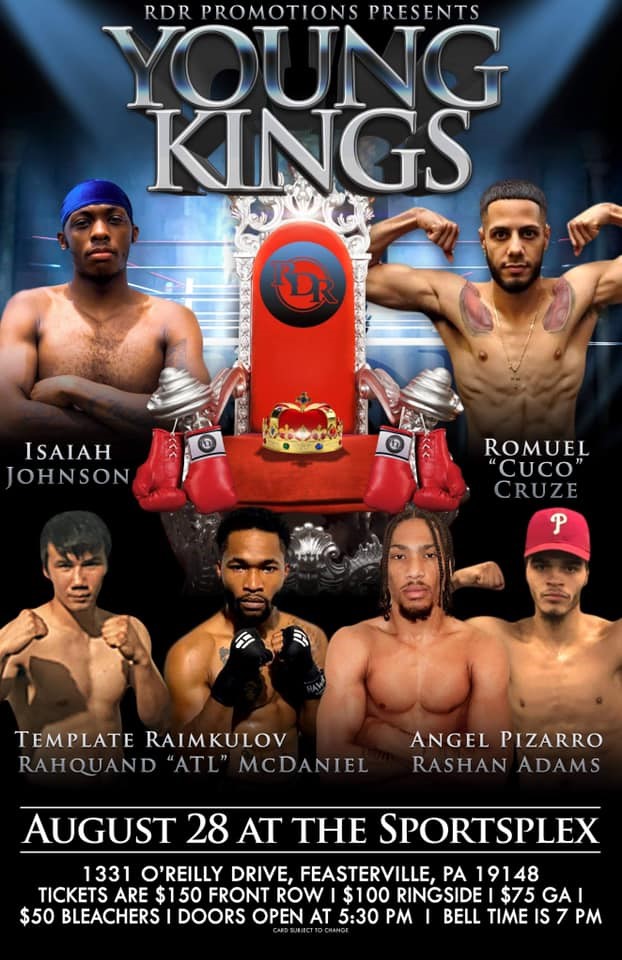 Seeing action in a six-round featherweight bout will be Romuel Cruz taking on veteran Roberto Pucheta.

Cruz of Philadelphia, has a record of 5-0-1 with two knockouts. The 28 year-old is a four year professional who is coming off a unanimous decision over Luis Javier Valdez on February 27th in Los Angeles.

Pucheta of Jalisco, Mexico has a record of 10-19-2 with six knockouts. The 31 year-old Pucheta is a 13 year-professional has wins over Antonio Vazquez (1-0), Alejandro Bonilla (2-0), Isao Gonzalo Carranza (11-2) & Giovanni Delgado (12-0), Pucheta is coming off a decision loss to Edgar Joe Cortez on July 24th in Philadelphia.

The card will feature four-round bouts that will see Temerlin Raimkulov (2-1-2) of Almaty, Kazakhstan take on Jahdon Ervin (1-0) of St. Claire, PA in a middleweight fight.