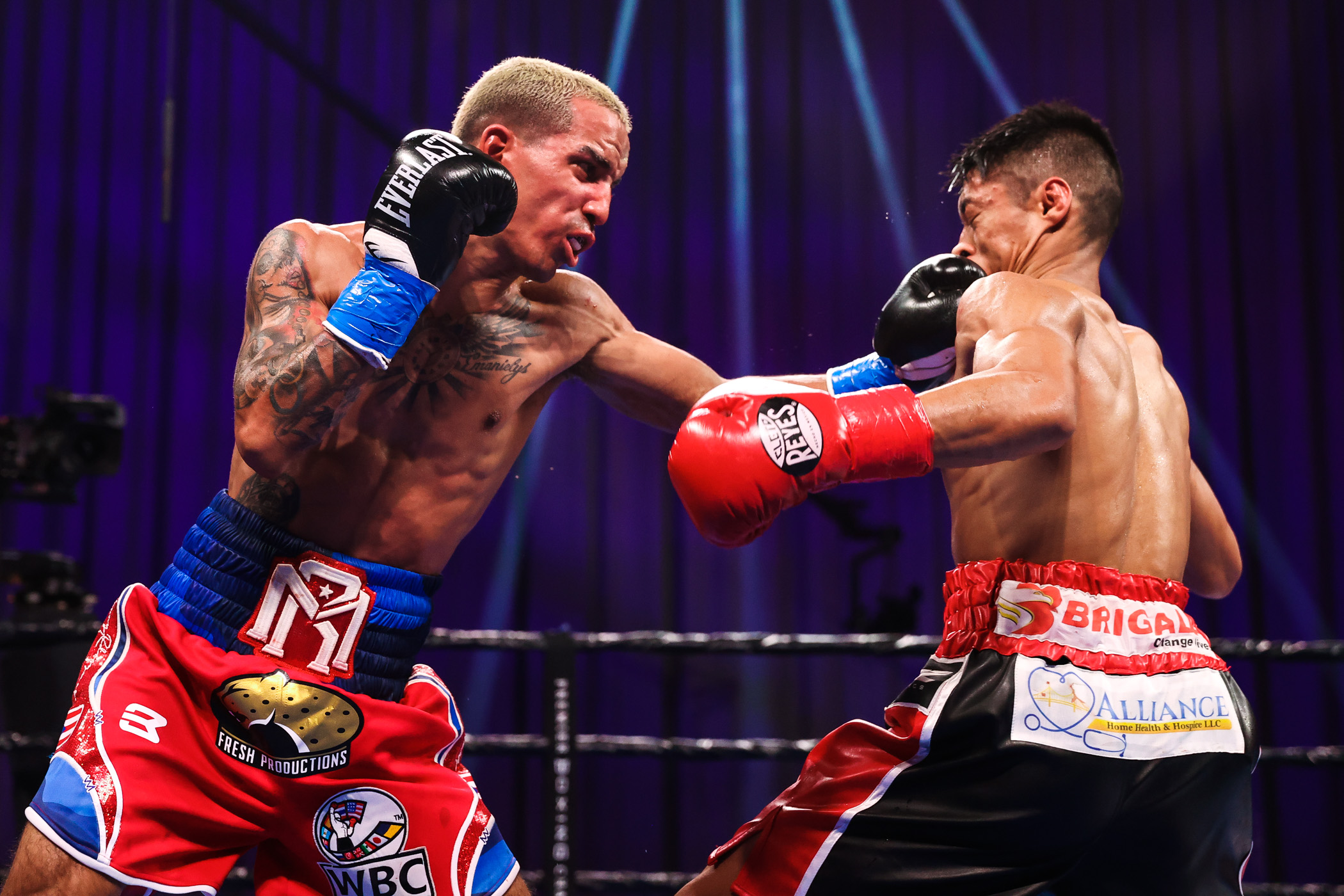 Saturday’s headliner in the last SHOWTIME BOXING event of 2020 was competitive from the opening bell. In only three of the twelve rounds were Rodriguez and Gaballo separated by more than three landed punches. Overall, Gaballo (24-0, 20 KOs) threw 148 more punches than Rodriguez (19-2, 12 KOs), but still managed to connect on 16 fewer power punches. The punches of the 28-year-old Rodriguez seemed to be cleaner, as he wobbled the Filipino Gaballo on more than one occasion. However, two of the judges favored Gaballo’s aggression over Rodriguez’s ring generalship.

“There’s no way Gaballo could have won that fight,” said Marquez. “In the worst-case scenario, you could have maybe given him three rounds. I gave him no rounds.”

“I am very happy and blessed to win this belt,” said the 24-year-old Gaballo. “I was always moving forward and controlling the pace, so I thought it was a close fight that either of us could have won.

“I’m waiting for my team to tell me what they have planned for me next. I’m going to keep training hard so I’m always ready for the opportunity when it comes.”

“It was a good fight, but he only won about two or three rounds,” said Rodriguez. “There were two punches from me for every punch he landed. He knows he lost. Everyone knows we won. My team told me to go out and keep boxing him in the late rounds. We knew he needed a knockout in the twelfth round. That was his only chance to win.”

In the co-main event, Philadelphia’s undefeated welterweight sensation Jaron Ennis (26-0, 24 KOs) saw his impressive 16-fight knockout streak come to a disappointing end after an accidental headbutt in the first round caused a brutal cut to the forehead of his opponent, Chris van Heerden (28-2-1, 12 KOs). Watch the clash of heads HERE: https://twitter.com/ShowtimeBoxing/status/1340495823474442240

With only two minutes and thirty-nine seconds inside the ring to showcase his skills, Ennis was still able to flash glimpses of his championship potential as he landed 22 of 57 punches, 19 of them power shots as he appeared destined to stop the South African van Heerden and keep his KO streak alive before the clash of heads.

“Before the headbutt I had already cut him and I felt strong,” said a disappointed Ennis. “I knew he was ready to go. I feel like I’m getting better and better. Now I’ll just get back in the gym. As you could see from the first round, I was handling him easily. I feel like everyone is still sleeping on me, but I’m ready for anyone. Bring on the big names.”

In the telecast opener, bantamweight contender Gary Antonio Russell (18-0, 12 KOs) kept his unblemished record intact with a technical decision victory over former world champion Juan Carlos Payano (21-5, 9 KOs). After an accidental headbutt caused a bad cut to the left brow of Payano, referee David Fields stopped the fight after the sixth round at the advice of the ringside physician. The fight went to the scorecards, where Russell led on all three cards (58-56, 59-55, 59-55).

Before the injury, Russell and Payano were engaged in a scrappy brawl that saw multiple exchanges of power punches. In the closing seconds of the sixth, and ultimately final round, Russell caught Payano with a counter-shot that hurt Payano. Russell landed 86 of 243 punches while Payano landed just 58 of 268 punches. Russell flashed excellent body work throughout the fight, out landing Payano 40 to 17 on body shots.