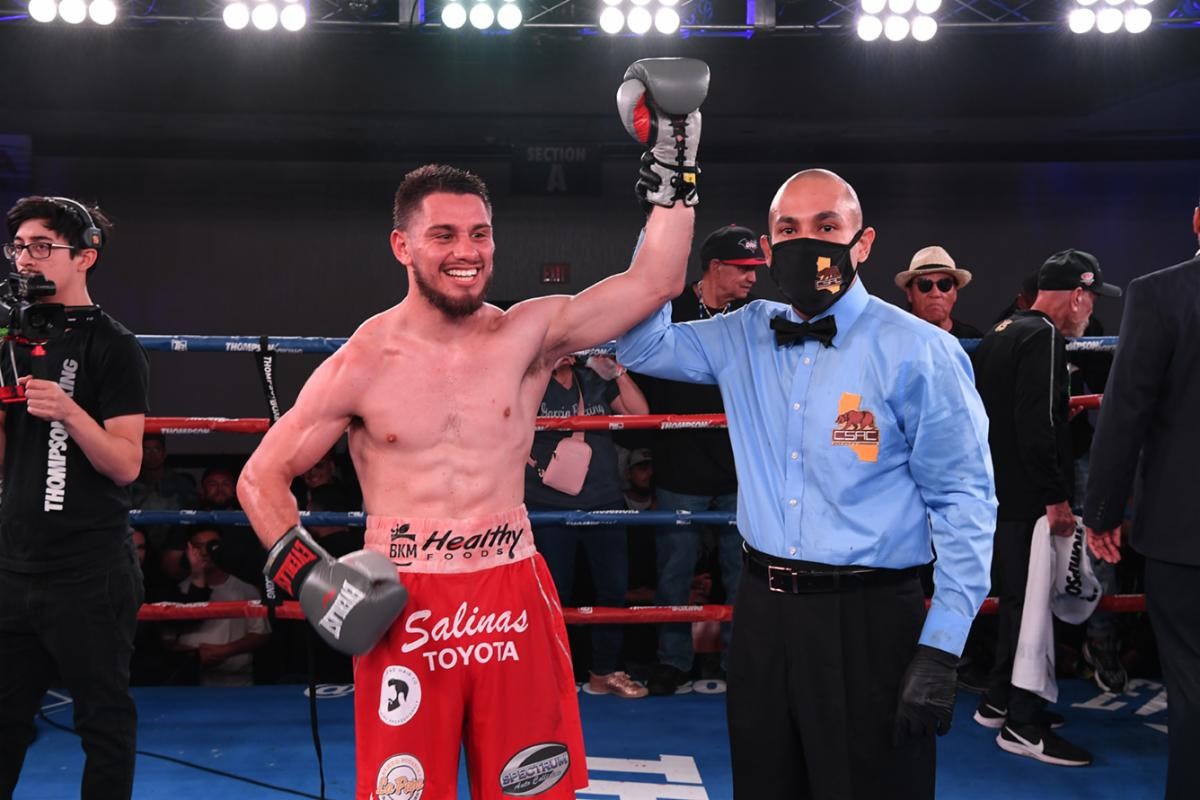 PHILADELPHIA, PA /Ontario, CA (April 18, 2022) – Ruben Villa returned from a 18-month layoff to look impressive in stopping Horacio Garcia in round nine of their 10-round featherweight bout at the Doubletree Hotel in Ontario, California.

Villa, who was making his first start since competing for the WBO Featherweight World Title, is promoted by Banner Promotions and Thompson Boxing.

In round one, Garcia was cut over his left eye. Villa looked sharp in landing crisp three and four-punch combinations for which Garcia had no answer for. Villa did not look like he took any time off as he continued to break down and bloody Garcia more and more as the rounds went by.

Finally in round nine, Villa landed hard combinations that forced referee Raul Caiz Jr. to stop the bout at 1:12.

“This was one of my best performances against a tough fighter,” said Villa, who last scored a knockout in 2018. “Garcia has never been stopped, so to get the knockout against him, assures me that I’m back stronger than ever. During this long layoff, I never stopped training, now I’m ready to take on all contenders in the featherweight division.” Villa, 126.4 lbs of Salinas, CA is now 19-1 with six knockouts. Garcia, 126.8 lbs of Guadalajara, MEX is 35-6-1.