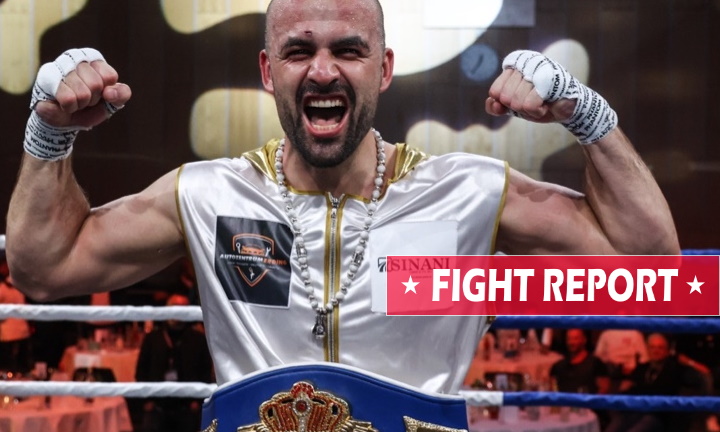 Isufi broke that streak by attempting to take control from the start, but Saruhanian was game and never stopped fighting his chance.

But, after twelve rounds of boxing it was clear that the local favorite had done enough to win, getting the unanimous verdict from judges Goran Filipovic (117-111), Rustam Rahimov (117-111) and Adrian Laschescu (117-112).

The new champion, who lost his first shot at world honors in 2019 when he was out-pointed by Englishman Billy Joe Saunders for the WBO Super Middleweight crown, improved his professional record to 34-4-2 (24).