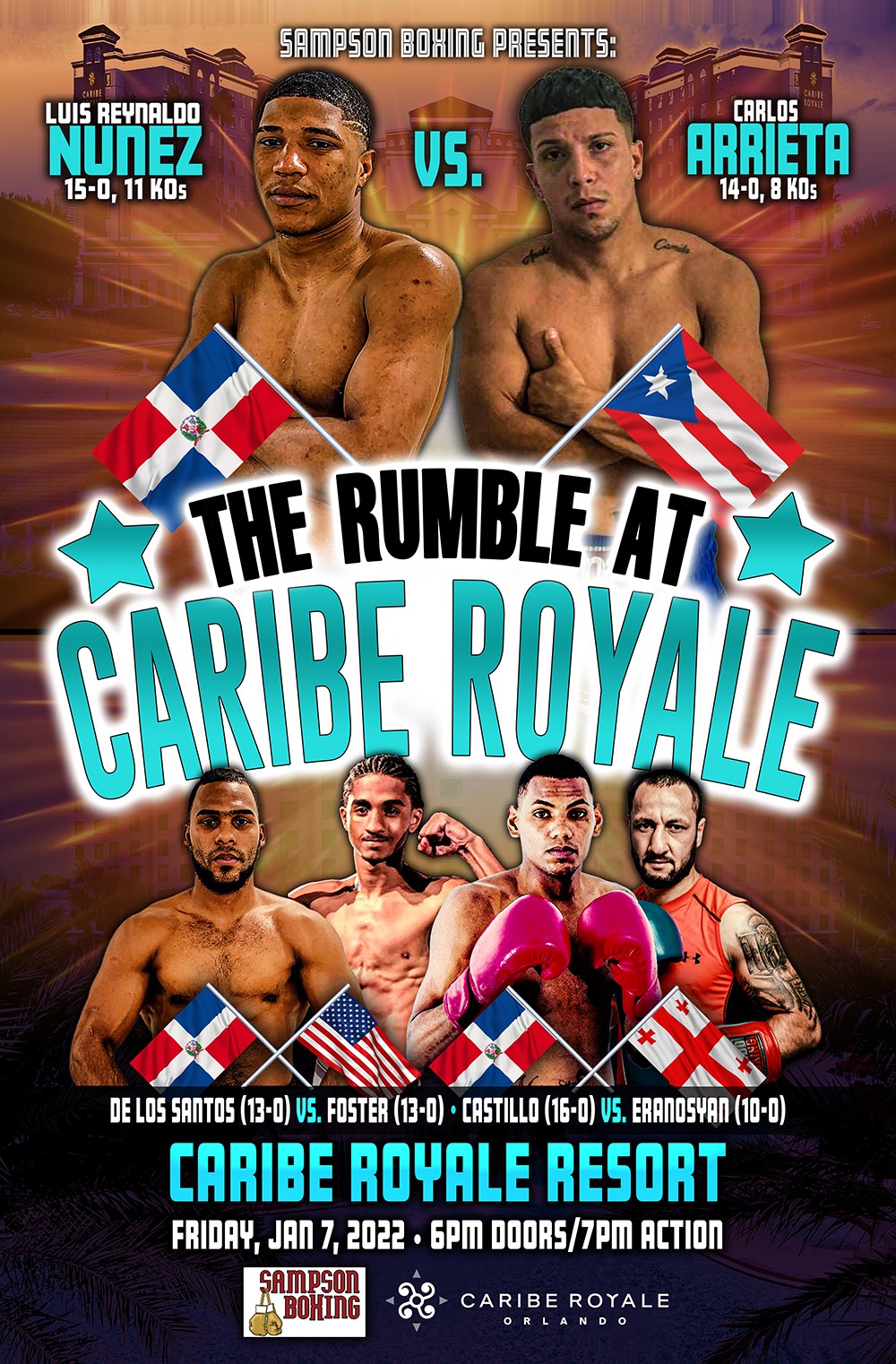 January 3, 2022 – Tickets are on sale now for “The Rumble at Caribe Royale”, a historic night of world-class professional boxing on Friday, January 7, from Caribe Royale Resort in Orlando, Florida and televised live on Showtime (9 p.m. ET/PT).

To purchase tickets for “The Rumble at Caribe Royale” visit the TICKET LINK on their OFFICIAL SITE. Tickets (you must be 18+) start at $45 for a General Admission seat. VIP Ringside (first row) Seats are available for $150. VIP Ringside Tables are also available for $1,500.00, which includes 10 Seats, Bottle of Champagne and Appetizers with Tableside Cocktail Service Available.

The six fighters appearing in televised bouts boast a combined record of 80-0 and 57 knockouts, which marks the first time ShoBox has featured a tripleheader in which all six fighters enter fight night without a loss in the 20-plus year history of the prospect series.