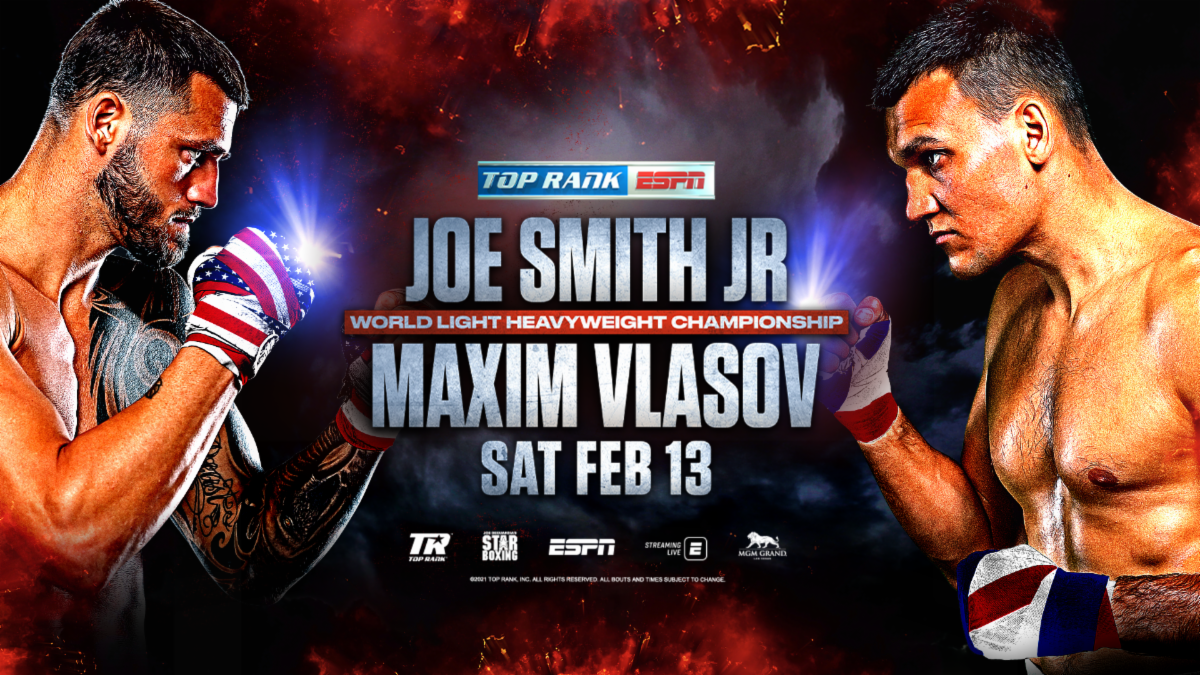 Vlasov said, “I am devastated with the postponement of my world title fight against Joe Smith Jr. I have been following strict protocols, I have done regular testing with negative results, and I have no symptoms. I am well prepared and had an excellent training camp. I look forward to the rescheduling of the fight and the opportunity to display my world class skills.”

The Richard Commey-Jackson Marinez lightweight bout has been elevated to the main event and will headline the ESPN-televised tripleheader beginning at 10 p.m. ET/7 p.m. PT. In the new co-feature, action star Adam Lopez will defend his NABF featherweight belt in a 10-rounder against former world title challenger Jason Sanchez. The ESPN telecast will open with Toledo heavyweight sensation Jared Anderson (7-0, 7 KOs) against Kingsley Ibeh in a six-rounder.