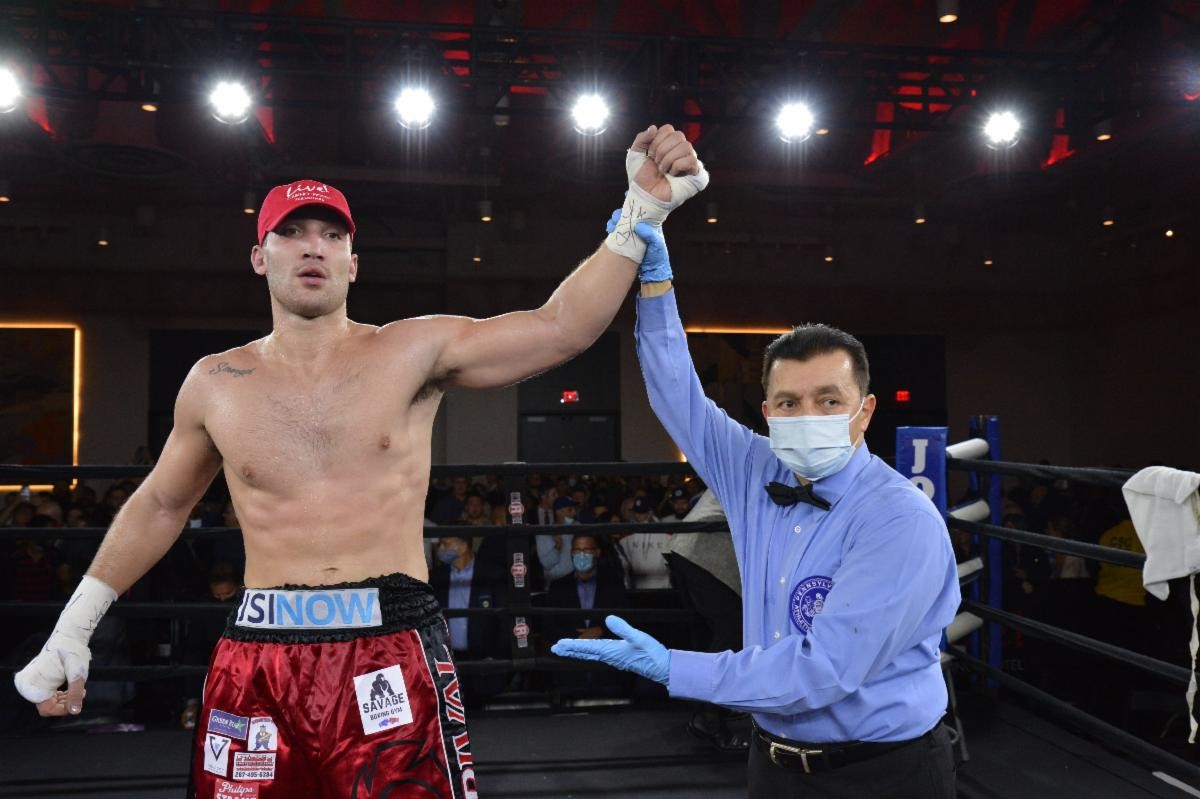 NEW YORK (NOVEMBER 22, 2021)–This Past weekend, four Split-T Management fighters picked up victories including Kali Reis defending WBA/IBO Super Lightweight titles and picking up the WBO title in the process.

The winning ways started off on Thursday night as Sonny Conto remained undefeated, and thrilled his hometown fans by scoring a third-round stoppage over Joel Caudle at the inaugural boxing card at the Live Casino Hotel Philadelphia.

Caudle stood in and landed some flush shots. Conto gave as good as he received as he rocked Caudle several times over the first two rounds. In round three, Caudle continued to stand in and wanted to trade with the bigger Conto., but Conto landed a huge right hand that sent Caudle to the deck. Caudle got to his feet, but was wobbly, and referee Benjy Esteves stopped the fight at the end of round three.

Conto is promoted by Top Rank.

Camara started strong and was able to get in some good left hooks. Reis came on down the stretch and showed championship experience.

In round 10, Camara was badly cut over her left eye.

The two waged a vicious war in that 10-round as Reis landed some hard punches.

Reis, who is promoted by DiBella Entertainment. will now take on Chantelle Cameron for the undisputed title.

Saturday night in Las Vegas, 2021 United States Olympian Tiger Johnson made a successful pro debut with a 4th round stoppage over Antonius Grable in a welterweight bout.

Johnson worked a solid right hand behind an effective jab. In round four, Johnson landed a hard right that rocked Grable that was ruled a knockdown. Johnson jumped on Grable and landed several clipping rights to the chin that hurt Grable, and the fight was stopped at 1:54.

Johnson of Cleveland, and is promoted by Top Rank, is 1-0 with one knockout. Grable of Sarasota, Florida is 3-2-1.

Also Saturday in Philadelphia, heavyweight Devon Young made it 2-0 with a unanimous decision over Nicoy Clarke at The 2300 Arena.

Young, who is promoted by King’s Promotions, pounded away at a game Clarke and won by scores of 40-36 cards.