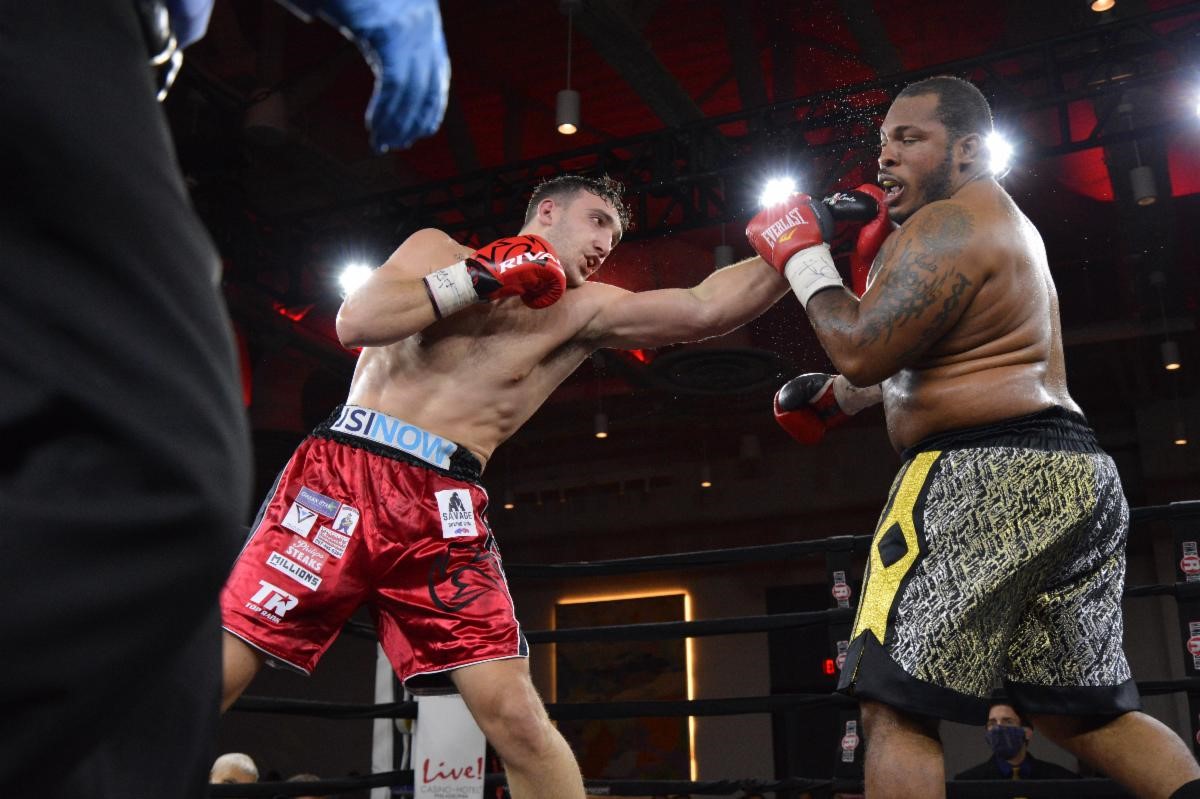 PHILADELPHIA (November 19, 2021) –Sonny Conto got a test for a couple of rounds, but he passed it with flying colors as he stopped Joel Caudle in round three of a scheduled six-round heavyweight bout in front of a capacity crowd at the inaugural fight card at Live Casino Hotel Philadelphia.

Caudle stood in and landed some flush shots. Conto gave as good as he received as he rocked Caudle several times over the first two rounds. In round three, Caudle continued to stand in and wanted to trade with the bigger Conto., but Conto landed a huge right hand that sent Caudle to the deck, which made the pro-Conto crowd erupt in adulation. Caudle got to his feet, but was wobbly, and referee Benjy Esteves stopped the fight at the end of round three.

In an entertaining contest, Christopher Burgos scored a mild upset by winning a six-round unanimous decision over Gerardo Martinez.

Burgos was able to land the more eye-catching blows in the fight, which saw each fighter take turns controlling the action.

Wise was deducted points for holding and hitting in each of the first two rounds. Wise was punished for hitting behind the head in round three, and referee Benji Esteves had seen enough and halted the action 53 seconds into round three.

Jeremiah Kendrick made a successful pro debut with a opening round knockout of Tyrone Lewis in a scheduled four-round junior middleweight contest.

Kendrick landed a hard right to the head which stunned and hurt Lewis, and a follow up punch put him on the ground. Referee Shawn Clark stopped the fight upon Lewis getting to his feet at 1:05.

Bilal Quintyne needed a last second knockdown to eek out a four-round majority decision over Maurice Burke in a four-round battle of undefeated middleweights.

Burke controlled the first couple of rounds as he landed some solid right hands.

In round four, Quintyne dropped Burke with a hard right hand.

Tariq Green made a successful pro debut with a four-round unanimous decision over Tunde Fatiregun in a light heavyweight battle.

The show was promoted by Joe Hand Promotions in association with BAM Boxing and Peltz Boxing.