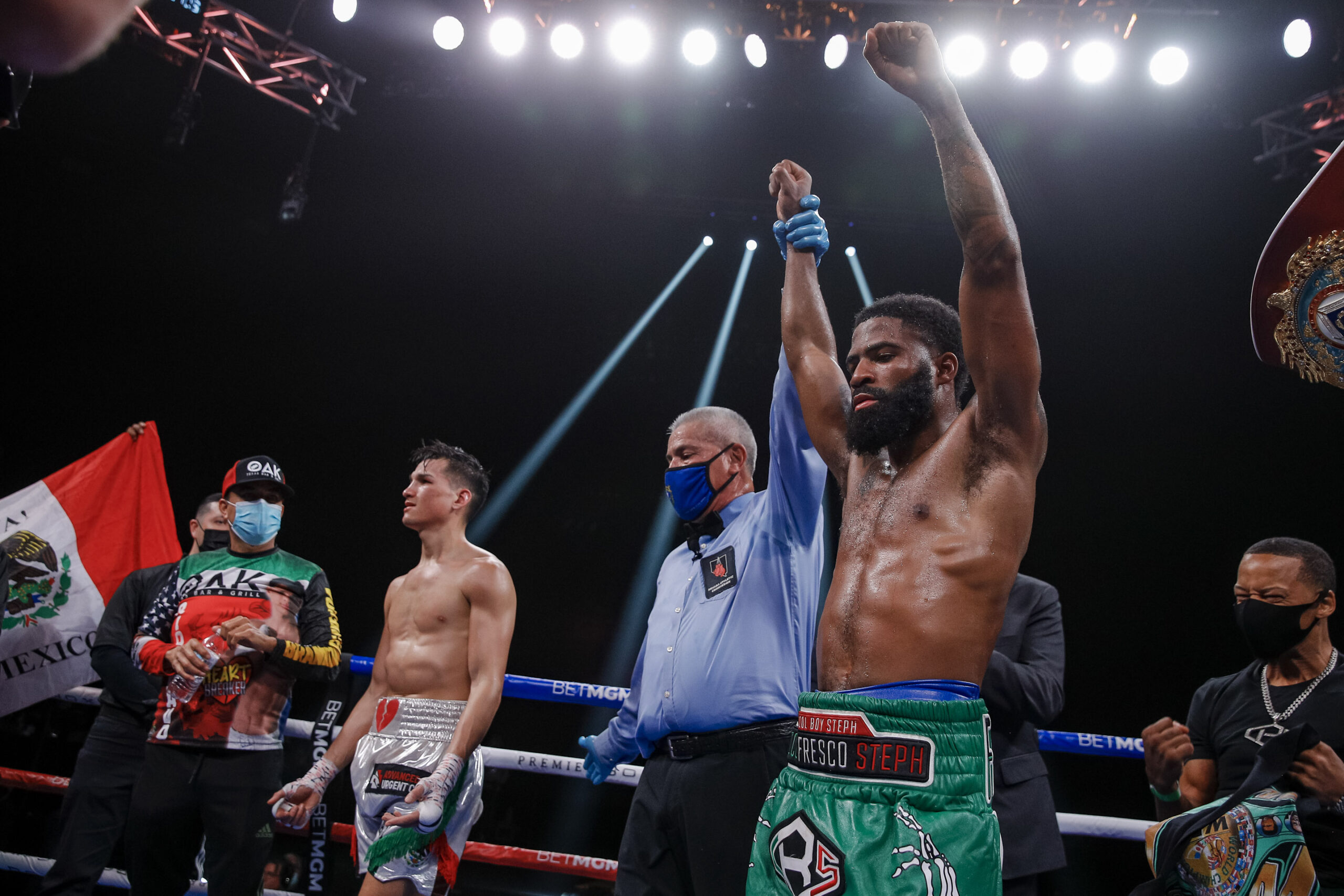 This showdown was set up earlier this year with each fighter capturing a world title by defeating an undefeated opponent, as Fulton (20-0, 8 KOs) bested Angelo Leo in January to capture the WBO belt, while Figueroa (22-1-1, 17 KOs) stopped Luis Nery in May to earn his WBC title. The two champions put on a memorable display, combining to throw over 1,700 punches across 12 rounds according to CompuBox.

“I was catching him in between every shot he was throwing,” said Fulton. “He was making it sloppy and rough.”

“I hurt him like five or six times,” said Figueroa. “I put the pressure on for the whole 12 rounds, landed the cleaner shots and hurt him. I thought I only lost four rounds at the most.”

In a surefire “Fight of the Year” contender, it was Figueroa’s activity (1,060 punches thrown) against Fulton’s accuracy (37% connect rate) squaring off throughout a narrow fight in which neither man was able to sustain momentum for long. In rounds four through seven, the fighters were separated by just two punches landed (103 to 101 for Figueroa).

“I was landing a lot of clean shots,” said Fulton. “He was throwing wild shots that the fans were enjoying, but he was hitting my arms a lot.”

In a memorable sixth frame, each fighter landed nothing but power shots with Figueroa connecting on 36 to Fulton’s 34. In a frantic 10th round, Figueroa looked to have Fulton hurt after numerous flurries of power punches. However, Fulton was able to recover in the final two rounds to win both the 11th and 12th on two judges’ cards.

That final push helped Fulton hold on with the score of 116-112 from two judges overruling a 114-114 card. After the fight, both fighters believed they had done enough to win and were open to battling again in a rematch.

“It was an amazing experience,” said Fulton. “The judges made their decision and we can run it back.”

“It was the robbery of the year,” said Figueroa. “The fans who watched this live know who won. I always come to fight and I did that all night.”

“I’m coming off a long lay-off so I was a little bit rusty,” said Aleem. “I wanted to stop him, but he kept bringing it. I did what I had to do.”

Aleem showed off his versatile attack from the outset, flashing combinations combined with consistent activity that would carry him throughout the 10 rounds. Baez proved to be a sturdy challenge, and despite loading up for big right hands throughout the fight, he was able to land and keep Aleem from overwhelming him.

Aleem switched between southpaw and orthodox stances during the action to varying success, and overall held a 232 to 111 advantage in punches landed. Of those 232, Aleem connected on 90 body shots that helped him keep Baez at bay.

“I’m a dog,” said Aleem. “I grinded it out. I turned southpaw and got caught with some shots, but I hung in there. I can hang with anyone. It doesn’t matter who steps in there against me, I’m going to win.”

Baez fought valiantly through a cut on his forehead that opened up in the middle rounds due to an accidental headbutt. Aleem appeared to have Baez hurt in the ninth round with a counter right hand from the southpaw stance, but ended up holding on through round 10 to win the decision with scores of 98-92, 96-94 and 95-95.

“He was a tough Mexican fighter, but I got the job done,” said Aleem. “I want the winner of the main event. They can run but they can’t hide.”

“I thought I won the fight and I thought I clearly out boxed him,” said Russell. “He was tough and tried to be rugged and aggressive. I had the headbutts from my last fight in the back of my mind, so I tried to keep it clean and get my rounds in.”

In a back-and-forth fight, Russell seemed to take the early lead with an effective jab and speed advantage that allowed him to land combinations from the southpaw stance. Russell out landed Santiago in each round across the first half of the fight, before Santiago began to turn the tide.

“It was a very close fight today,” said Santiago. “I have to press more to get the judges to see the fight in my favor. I saw in the beginning rounds that he was very repetitive. If I was more aggressive in the early rounds, I could have pulled off the win.”

“He was rough and he didn’t want to keep it clean, so I had to fight on the inside,” said Russell. “He’s a shorter fighter so I knew he was going to try his best to get on the inside against me.”

Throughout the middle rounds Santiago was able to close the distance and had success to the body, out landing Russell 51-23 in that department overall. With the contest in the balance, the final two rounds saw both men engage in toe-to-toe action looking for a blow to swing the bout in their favor.

After 10 rounds, Russell earned a narrow decision and remained unbeaten, with scores of 95-95 and 96-94 twice.

“I feel like I’m ready for the champions,” said Russell. “I’d love to fight John Riel Casimero for his belt. But I’ll fight any of the champions. People can look at this and say I’m not ready for the next step. But I know what I’m capable of.”

The event was promoted by TGB Promotions.