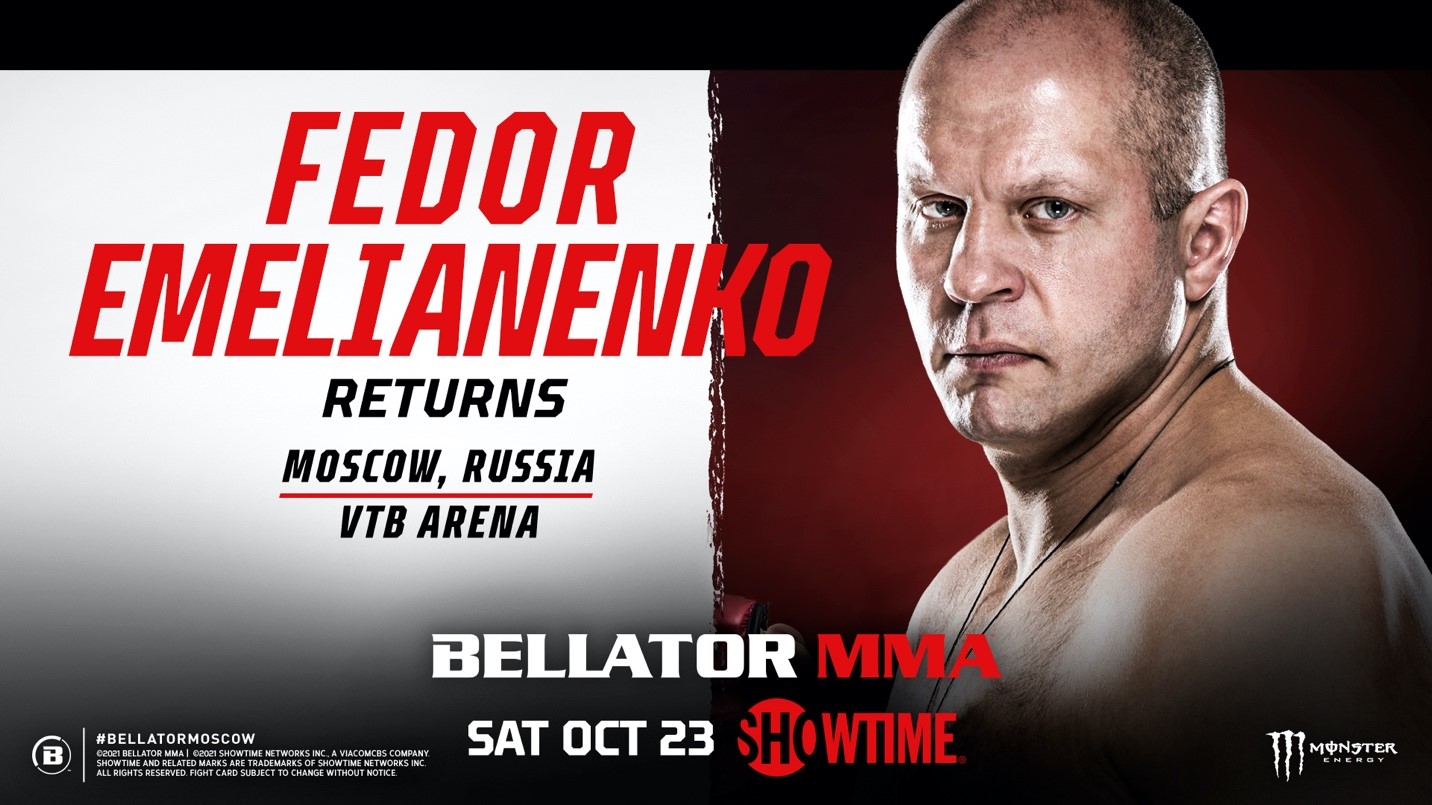 LOS ANGELES – It is with great pride that BELLATOR MMA announces that on Saturday, Oct. 23, the promotion will hold its first-ever event in Moscow, Russia, at the VTB Arena and that the historic card will be headlined by the greatest heavyweight mixed martial artist of all-time, Fedor “The Last Emperor” Emelianenko (39-6, 1 NC).

Emelianenko’s opponent, along with additional matchups, and SHOWTIME telecast details will be announced in the coming weeks.

“I have had the pleasure of working alongside Fedor for 12 years and nine of his fights during his time with BELLATOR and STRIKEFORCE,” said BELLATOR President Scott Coker. “It’s an honor to bring him home to compete in front of his fans who have followed his entire career. In addition to Fedor, we will showcase BELLATOR’s deep roster of Russian talent and put together a historic card for our first trip to Russia on Oct. 23.”

Tickets for Fedor’s highly anticipated return home are on sale now and can be purchased at Kassir.ru.

Widely regarded as the greatest heavyweight in mixed martial arts history, Fedor Emelianenko returns to the BELLATOR cage for the first time since his dominant first-round TKO victory over Quinton “Rampage” Jackson in 2019. With an illustrious career that has seen him earn 30 stoppages in his 39 victories over legendary opposition, the former PRIDE FC Heavyweight World Champion will be fighting in his home country of Russia for the first time in five years. A four-time combat sambo world champion, “The Last Emperor” put together an insane eight-year unbeaten streak on his way to becoming an international MMA icon. Emelianenko has established Team Fedor, which features several top Russian fighters including BELLATOR’s Light Heavyweight World Champion Vadim Nemkov and Valentin Moldavsky, who is fighting for the interim heavyweight title tonight. Already proving to be a formidable head coach, with his last three victories coming by way of first-round finish, Fedor is looking to add another exciting chapter to his storied fighting career on October 23.