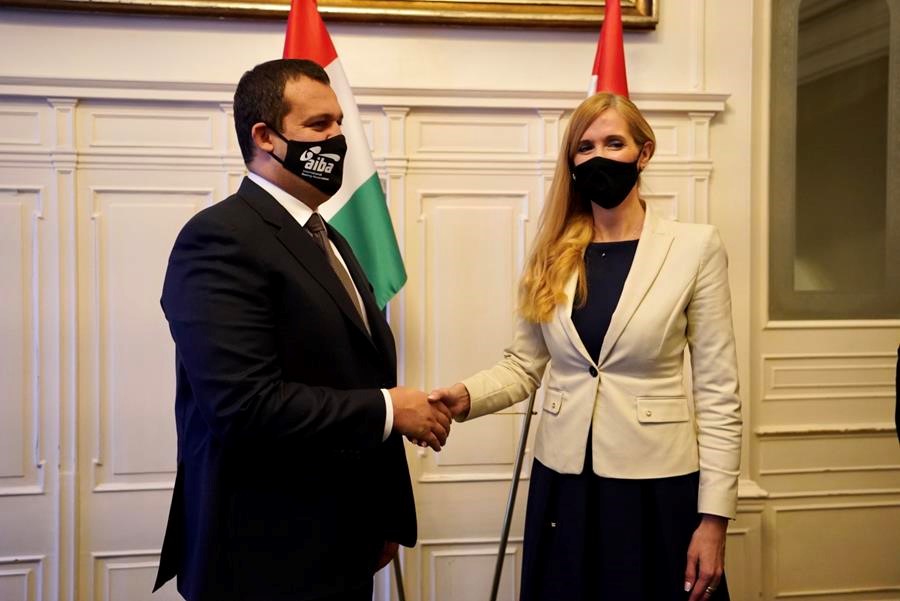 During the meeting, Mr. Kremlev underlined that Hungarian boxing has deep traditions.

‘Hungary has a rich history of boxing. Unfortunately, because of the pandemic, we couldn’t conduct our Congress in 2020 here in Budapest, as it was planned. However, the next Congress will be held in the country,’ he claimed.

AIBA President also said that he would like to open a boxing academy in the country and proposed to offer boxing programs in schools.

‘Hungary is an example for other countries in terms of boxing growth. We will create and support a massive development project for the country, taking into account its values and culture,’ AIBA President added.

The State Secretary for sport stressed that boxing is a priority sport for Hungary.

‘We have a development program for the boxing infrastructure. We conduct boxing tournaments in accordance with all safety measures. The government will support boxing and AIBA. I know that the Hungarian Boxing Federation wants to host AIBA World Championships and we will support this initiative as well,’ she added.

‘This is our national strategy, to create sports academies in the country, not only in the capital but in other regions as well, to ensure that boxing is a sport accessible to everyone. The academies for team sports are under construction, we are ready to support the idea to open the same hall for boxing,’ Mrs. Dr. Tünde Szabó said. She also agreed to review the boxing in school programs.