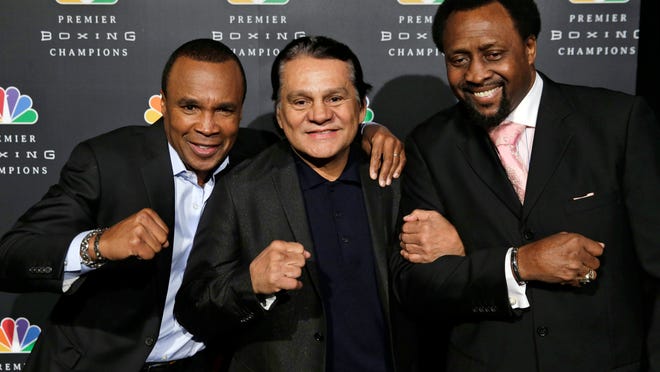 Have we seen the end of boxers fighting for pride and honor?

(June 4, 2021) – Over the past couple of decades we have witnessed a shift in priorities among professional boxers. Today boxers prioritize their careers to money whereas back in the day, the priority was pride and honor. When you talk about the badass’ in boxing, the talk always brings up past fighters, and seldom will the conversations include recent boxers. Muhammad Ali, “Smokin’” Joe Frazier, Sonny Liston, Ron Lyle, and George Forman are some of the names from the past and once-proud heavyweight division, and in the lighter weight divisions you always hear the names Roberto Duran, “Sugar” Ray Leonard, “Hitman” Thomas Hearns, Wilfredo Benitez, “Marvelous” Marvin Hagler, Salvador Sanchez, Julio Cesar Chavez, and “Sweet Pea” Pernell Whitaker. Go back a few decades and it’s hard to find a champion or contender’s name that was NOT a badass and the reason being they fought for pride and honor, something today’s champions and contenders knows nothing about.

Champions and contenders today are too worried about, losing that they will refrain from fighting each other, however, all you hear coming out their mouths is how they would beat the hell out of each other. And if you listen closely the talk is cheap and not genuine, Ali talked a lot of smack as did Duran but the degrading talk was real and they had no problem getting into the ring and backing up the lip service.

We have a group of boxers that could rival the battles we had between Duran, Leonard, Hagler, and Benitez but thus far all we get is a lot of fake lip service. The group of boxers I’m referring to, is Teofimo Lopez, Gervonta Davis, Devin Haney, and Ryan Garcia and if these guys would stop talking about how great they are and fight each other, boxing would once again become the icon of professional sports. Throw in Vasyl Lomachenko and the mix is on! Lomachenko has not been big in the lip service arena but will step in the ring with any of these self-proclaimed “The Best” boxers and they know it.

Unfortunately, modern-day champions and boxers are chasing money and not greatness but hey, who’s to say they are wrong? Being a legend in the sport may seal your name as an all-time great but it does not necessarily make you a wealthy person.

It can change, boxers can have both fame and money but the administrators who have control over the sport of boxing has to change, and reform… and that’s another story, stay tuned.