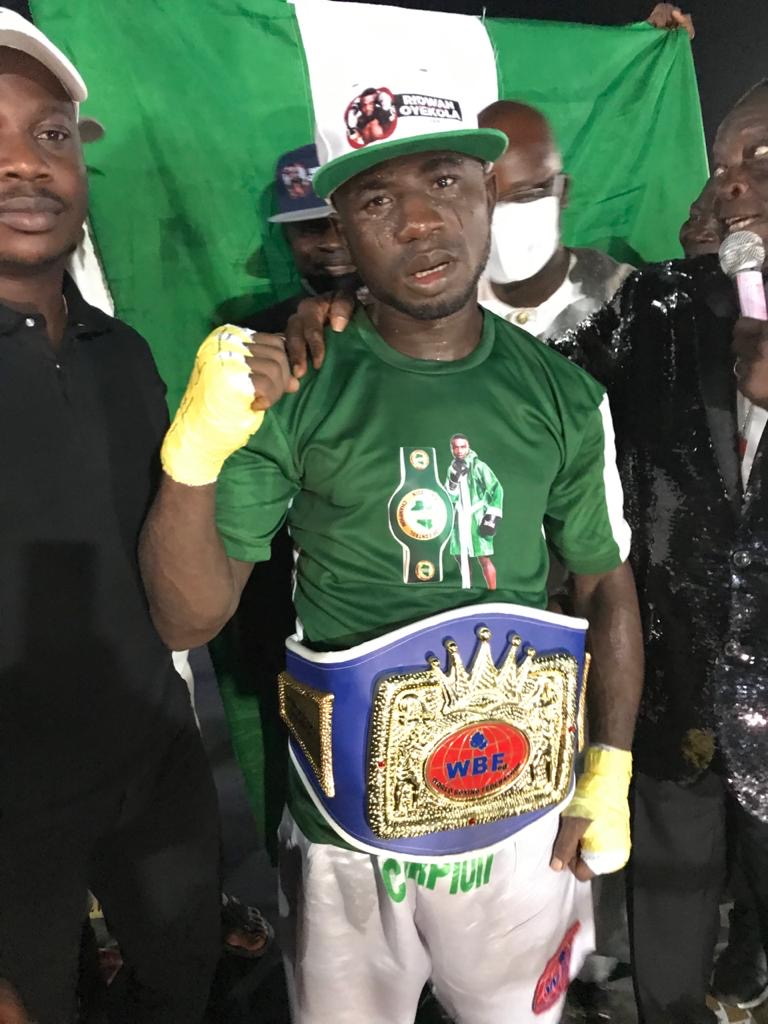 (December 28, 2020) – The WBF Fight of the Year probably took place on Sunday, December 27, headlining an open-air show at the Ilaji Hotel & Sports Resort in Ibadan, Nigeria. Granted, there has been less fights to pick from in 2020, but this one would have been a top-contender in any year.

Oyekola scored a knock-down in the second round, but a tough-as-they-come Montesino beat the count of referee Eddie Marshal and came back strong, often giving as good as he got, making almost every round close and hard to decide.

However, after ten rounds of toe-to-toe action, judges Bertin Adohn, Olesegun Adesanya and May Mensah Akakpo all had the fight clearly in favour of Oyekola: 97-92, 98-91 and 98-91. Oyekola won deservedly, but the scores, while likely fair, didn’t reflect the closeness of the fight.