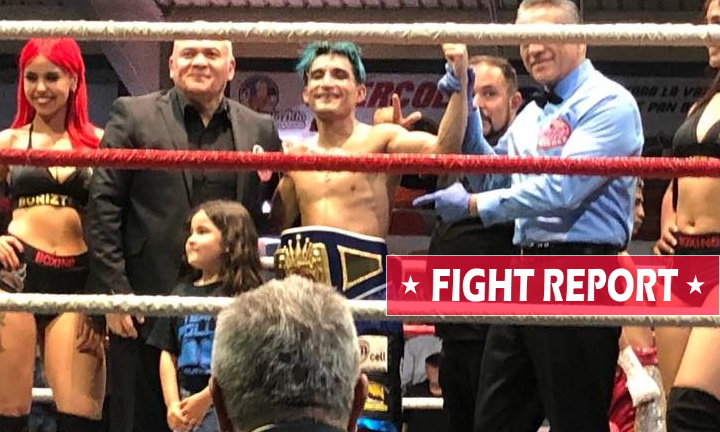 Tadeo came back strong in round three, trying to turn the tide by putting massive pressure on Toscano, and it appeared that a shift in momentum was on the cards.

But Toscano weathered the storm and was back in control from rounds four through eight, setting the pace and countering with straight right hands and mixing in well-placed body-shots.

Tadeo, realizing he was falling behind on the scorecards, upped his tempo in the final two rounds and pressured Toscano the best he could, but Toscano was able to stick and move and avoided any real trouble.

Judges Fernando Renteria and Manuel Cota both scored the fight 96-94, while judge Eduardo Aguayo had it slightly wider at 97-93, all for Juan Toscano.

“Todo O Nada”, All or Nothing, was promoted by Borizteca Boxing.