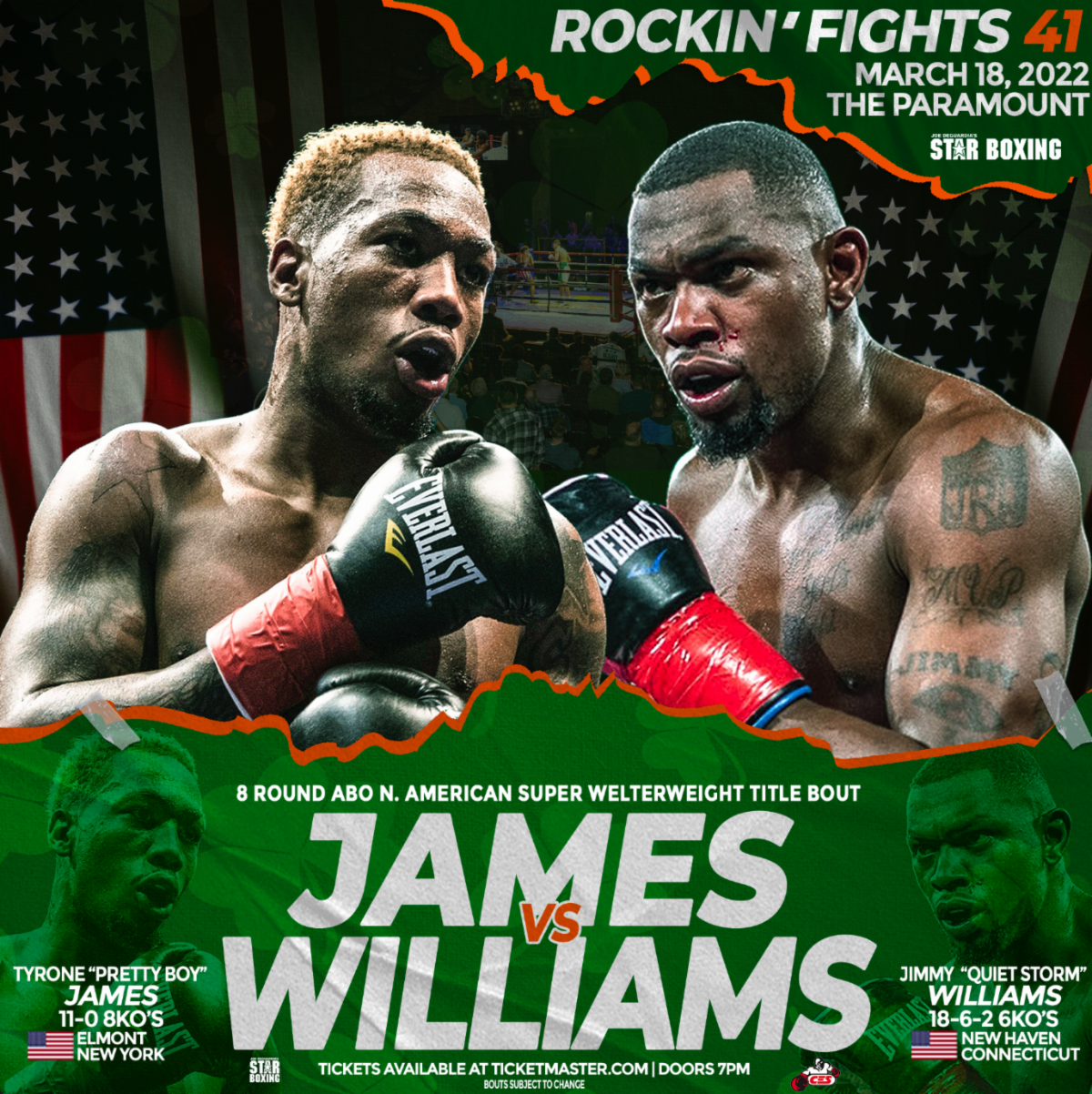 Long Island, New York (February 16, 2022) – Long Island Is buzzing with excitement as “Rockin Fights” is set to return for its 41st edition on March 18th. Adding to the buzz, Star Boxing is excited to announce the return of “THE JACKPOT” TYRONE “PRETTY BOY” JAMES (Elmont, NY 11-0 8KO’S) against JIMMY “QUIET STORM” WILLIAMS (New Haven, CT 18-6-2 6KO’s) in an 8 round super welterweight showdown for the ABO North American Championship.

James, who is on a five-fight knockout win streak, returns to the ring after being sidelined due to the COVID-induced hiatus, using the time to recover from an elbow injury that required surgery. The undefeated Elmont-born super welterweight brings captivating energy and flash to each fight, backed by significant skill and power.

“The return of the Jackpot will be something you do not want to miss,” said James. “I’m back ladies and gentlemen and it’s for a belt. Make sure to purchase your tickets and witness me The Jackpot, Tyrone Pretty Boy James win his first title CHA-CHING!”

Williams will be James’ toughest test to date. The 26-fight veteran is coming off a major victory over former world champion Yuri Foreman in June of 2021, earning the ABF USA Super Welterweight Title. Williams followed up this performance with a well-fought challenge of the WBC USNBC Title against the tough Greg Vendetti in September, falling short by a split decision. Williams’s resume also includes world title challenger Abel Ramos and rising star Brandun Lee.

Star Boxing CEO JOE DEGUARDIA had this to say about James-Williams, “It is great to be able to get Tyrone back in the ring with the opportunity to not only fight for the ABO title but the chance to test his metal against a tough veteran in Jimmy Williams.”