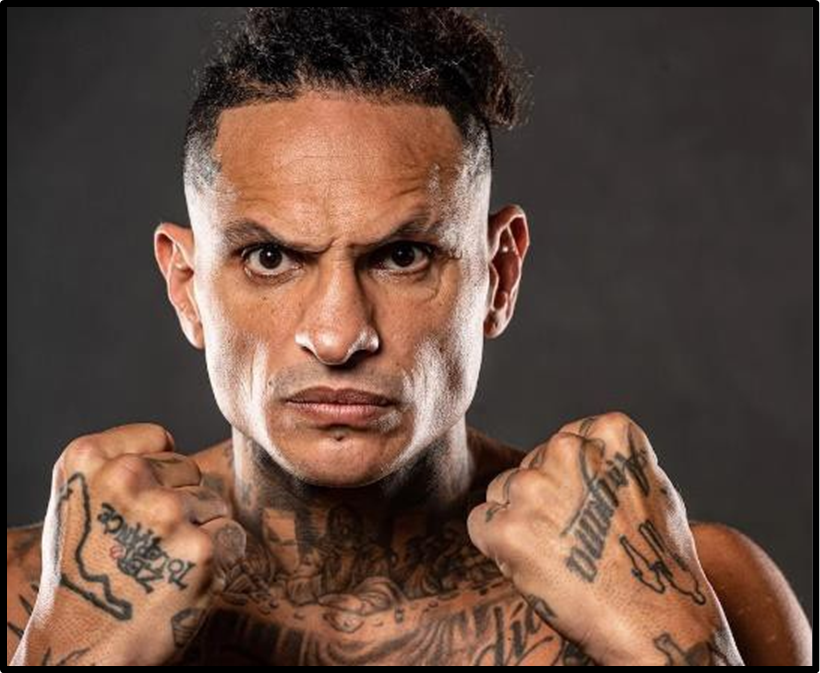 Hialeah, FL / April 21, 2022 – When professional boxing returns to Hialeah Park for the second time this year on Saturday May 7, 2022 for Una Gran Noche de Boxeo Cubano 2, it’s not a stretch at all to say that Ulysees Diaz will be “the most interesting fighter on the card.”

Diaz is 41 years old, a veteran yet relatively inexperienced professional boxer, with only 13 pro bouts on his 12-1 (11 KOs) record dating back to his debut in January of 2017.
But that’s just the tip of the iceberg when it comes to telling the tale of the Cuban-born, Miami- based cruiserweight.

Start with the fact that he grew up in Miami with the incredibly accomplished rapper and singer Pitbull. “We’re like brothers,” Diaz said. “We’ve been best friends since we were little kids.”

Add that Diaz has an incredible social media presence, including 54,300 followers of his uly_monster Instagram page, that will create significant added exposure when Hialeah Park Casino, in association with Warriors Boxing and Rivalta Boxing, presents Una Gran Noche de Boxeo Cubano 2 on May 7.

And factor in that Diaz also holds the record for the fastest knockout in all of combat sports history, a three-second one punch KO of Daniele Benedetto in a Bare Knuckles Boxing bout, and it’s easy to see why promoter Henry Rivalta is excited to have Diaz on the card.

“He’s nicknamed ‘The Monster’ for a reason,” Rivalta explained. “He’s exciting in the ring, he goes right for the knockout, and he brings a big fan base with him. We’re thrilled that he’s on the card for Una Gran Noche De Boxeo Cubano 2!”

“I’m a technical brawler,” noted Diaz. “I’m not a kid anymore, so I push myself physically to keep in shape. I don’t take any days off from training, I eat well, and I get plenty of sleep.”
Diaz will fight on the early part of the undercard of Una Gran Noche De Boxeo Cubano 2 against an opponent not yet named.

The May 7 festivities will be highlighted by two title fights, one featuring the undefeated Cuban heavyweight prospect and Mike Tyson look-alike Lenier “El Justiciero” Peró (6-0, 3 KOs) against Hector Perez (7-4, 3 KOs) for the NABO Heavyweight championship and the other pitting cruiserweight Anthony “White Chocolate” Martinez (12-1, 11 KOs) against #15 IBF contender David Light (17-0, 11 KOs) of New Zealand for the WBO International Cruiserweight title.

Before the main events on the May 7 card, Cuban super-lightweight Orestes Velazquez (3-0, 3 KOs), coming off a victory in “the fight of the night” on the January 28 card at Hialeah Park, faces former WBO champion Juan Carlos Salgado (27-9, 16 KOs), Cuban welterweight Livan Navarro (11-1, 7 KOs) returns to the ring for the first time since his only defeat to face tough Mexican veteran Silverio Ortiz (37-29, 18 KOs), and Cuban super-bantamweight Ariel Perez de la Torre (7-0, 5 KOs) risks his undefeated status against the well-experienced Lucas Baez (37-21-5, 20 KOs).

Tickets for Una Gran Noche de Boxeo Cubano 2 are now on sale through the Hialeah Park web site at www.hialeahpark.com.