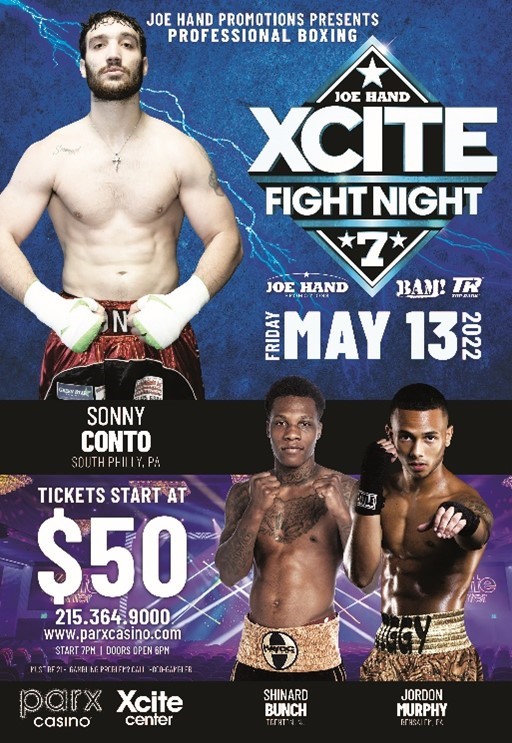 Fuentes has a passion for everything that comes with boxing. He loves the preparation that is needed for the fight, and the reward that comes from winning. He understands he needs to stay consistent and disciplined to achieve his goals.

Fuentes has big goals in boxing, as he said, “I will be the undisputed featherweight champion of the world, and I won’t stop till I get to that point.”

Fuentes watched great champions like Hector Camacho and Roberto Duran and implemented pieces of their fighting style into his. In his upcoming fight with James Early on May 13th, Fuentes will display the skills that he has attained from watching these legends.

It is important to have the right people around a fighter when they are trying to win a championship. Fuentes recently changed management, and when talking about the impact it had, he said, “It’s absolutely a big difference. My manager, Jereme Cohen, cares about me and he is a part of my family now. Before, it was more controlled, and I didn’t like that. But Jereme is looking out for my well-being and cares about me, and it is a big difference.” With the right people around him and the right mindset, Fuentes will look to put on his best performance at Parx Casino® on May 13th.

“So, my first sport was football, but I’m just too small, and to be honest, my mom and I always knew that my fighting was going to be involved in my future. Whether it was boxing or mixed martial arts, it was going to be something involving fighting.”

“There are a lot of things that we are working on for this camp, but you will have to see it on May 13th to find out. I don’t like to speak about it. I like to show people.”

“It’s definitely winning the fight. The day of the fight, after the fight, and getting your hand raised are the most rewarding.”

Who are your biggest supporters outside the ring?

“I would say my mom, my girl, my coach, and Jereme. There are too many people in my mind that are my biggest supporters. Those are some of the most important people in my life.”

The live boxing event, which is produced by Joe Hand Promotions, will feature a six-round heavyweight bout between Sonny Conto (9-0, 7 KOs) out of Philadelphia, PA, going up against Justin Rolfe (7-3-1, 5 KOs) fighting out of Fairfield, ME.

2021 Briscoe “Prospect of the year” Shinard Bunch (18-1-1, 15 KOs) out of Trenton, NJ, will look to continue his 17-fight undefeated streak when he competes in an eight-round super lightweight fight.

Jordon Murphy (2-0, 1 KO), originally from Bensalem, PA, and now residing in Deerfield Beach, FL, will be returning to Philadelphia to fight in front of his family and friends in a four-round super featherweight bout.

Making his debut on the card will be 2014 Pennsylvania Golden Gloves champion Karl Wylie out of Coatesville, PA.