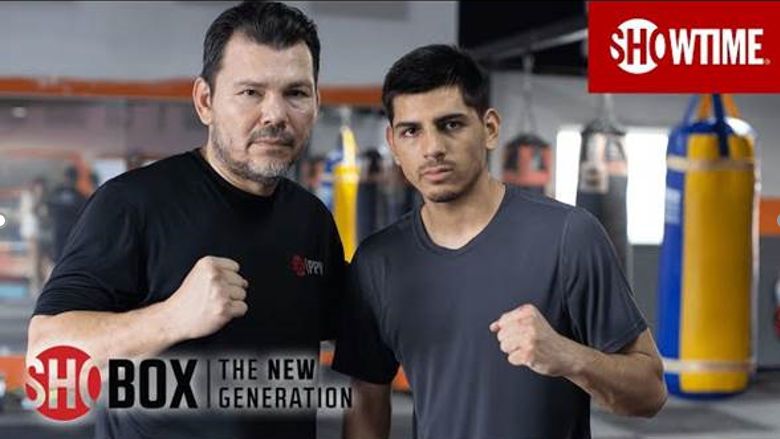 NEW YORK – March 10, 2022 – SHOWTIME Sports has released a video feature showcasing the bond rooted in their shared love for boxing between former world champion Raúl Márquez and his son, highly regarded prospect Giovanni, ahead of his pro debut tomorrow, Friday, March 11 live on SHOWTIME at 9:35 p.m. ET/PT from Deadwood Mountain Grand Hotel in Deadwood, S.D. To watch and share the video, go to https://youtu.be/0GiOxES66t4.

“Boxing was always in the family,” says the 21-year-old Giovanni, who won the 2021 national Golden Gloves 152-pound championship in August. “It was always the talk at the dinner table. I was just already in the sport whether I liked it or not.”

“I told him when you win the national Golden Gloves or you win any national tournament, your life is going to change in boxing,” says Raul. “And sure enough, ever since then, it has.”

Giovanni has hopes of following in his father’s footsteps in one day becoming a world champion. The young prospect whose pro journey begins tomorrow night against the 2-0 Nelson Morales understands he has a long way to go to reach the heights of his father but feels he has one trait that sets him apart from the rest.

“It’s my will to win that’s my best strength because I’m going to do whatever it takes to come out victorious,” says Giovanni.

The video feature will air on tomorrow night’s ShoBox: The New Generation telecast that is headlined by undefeated super welterweight prospect Ardreal Holmes taking on once-beaten Vernon Brown in a 10-round bout. The eight-round co-featured bout pits undefeated prospect Luis Acosta against the power-punching Edwin De Los Santos. Raul will occupy dual roles during the broadcast, first as his son’s trainer and cornerman and then, as an expert analyst alongside his colleagues ringside. He will be joined by Hall of Famer Barry Tompkins calling the action with veteran combat sports reporter Brian Campbell also serving as an expert analyst, and Hall of Famer Steve Farhood remotely performing unofficial scoring duties. The executive producer of ShoBox: The New Generation is Gordon Hall with Richard Gaughan producing and Rick Phillips directing.