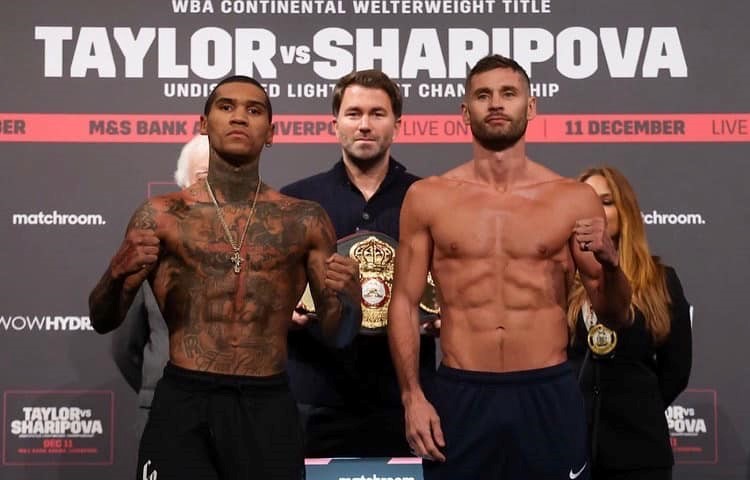 Algieri took to the scales first coming in at a fit 146 lbs., while Benn weighed in at a ready 146.8 lbs. The WBA Welterweight Continental Title as well as a world championship opportunity are on the line when Benn, the young bull, finally squares off with the experienced veteran matador, Chris Algieri, tomorrow in England.

The main card begins on DAZN at 1PM ET and the Benn-Algieri main event will walk to the ring at approximately at 5PM ET.

Benn-Algieri is promoted by Matchroom in association with Joe DeGuardia’s Star Boxing. For more information join the conversation by tagging @starboxing, or #BennAlgieri