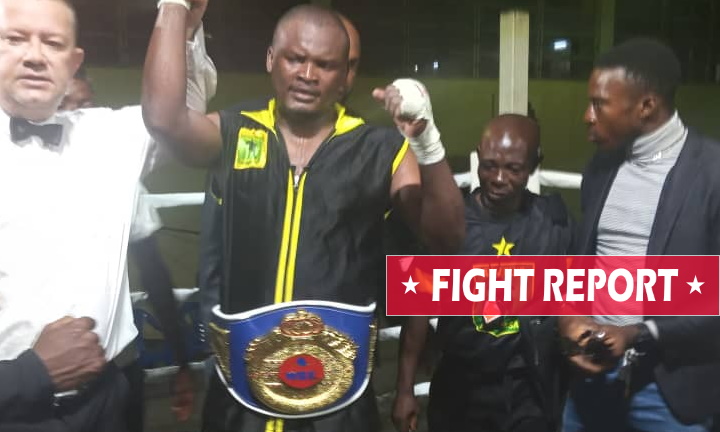 With a lively crowd cheering him on, Kayembe defeated co-challenger Vincent Muziri from Zimbabwe in convincing fashion.

Kayembe got off to a relatively slow start, but picked up the pace and his output significantly in round three, before eventually getting the stoppage in round five.

At that point Kayembe was dominating to a point where Muziri was not able to defend himself, and referee David Van Niewenhuizen from South Africa had seen enough.

The fight was promoted by Adolph Katende and his V. Club Promotion.