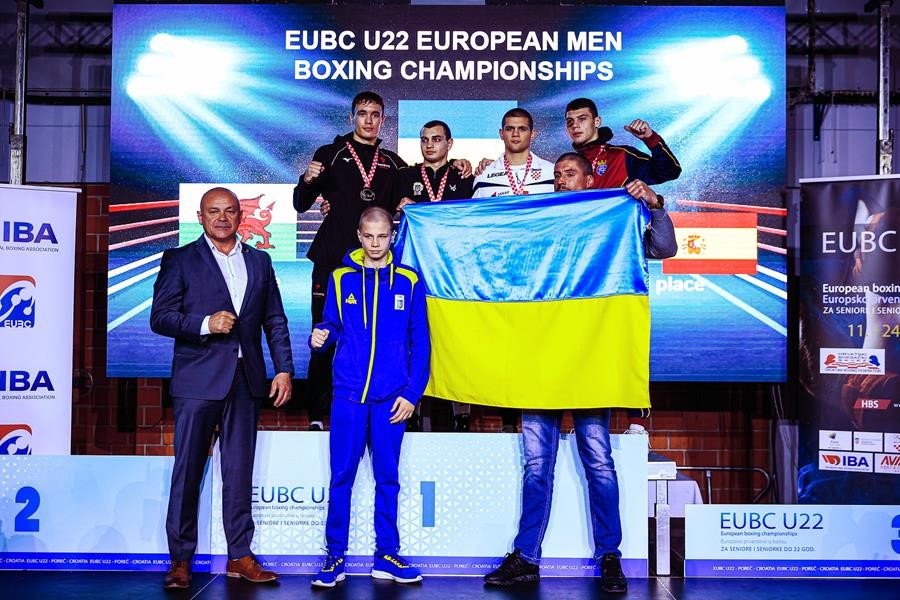 (March 30, 2022) – The Ukrainian team has won medals at this year’s EUBC U22 European Boxing Championship in Croatia thanks to the support of European boxing stakeholders.

IBA remains proud of the boxing community and how it has come together to support the Ukrainian boxing team in their attempt to continue to compete. IBA wishes to acknowledge the support of the German Boxing Association (DBV), The German Olympic Committee (DOSB) and the city of Heidelberg for accommodating the Ukrainian boxing team and providing training facilities. Some of the Ukrainian team has returned to Heidelberg to train, some have carried on to Assisi and others to Bulgaria, as they turn their attention toward the EUBC Youth European Boxing Championship in Sofia, Bulgaria on April 10-22.

The Polish Boxing Association (PZB), the European Boxing Confederation (EUBC), the German government, the City of Heidelberg, the Croatian Boxing Federation, the Italian Boxing Federation and the Bulgarian Boxing Federations have all been involved in providing support for the Ukrainian team. Support has been offered both financially and logistically, offering accommodation, travel and training facilities among others. Many team members were at a training camp in Heidelberg before travelling to Croatia to compete at this year’s EUBC U22 European Boxing Championship, while others were provided with dedicated transport from the border between Ukraine and Poland.

IBA is continuing to look for solutions to help support the Ukrainian boxing team in the short and long term as its boxers aim to compete in numerous competitions throughout 2022. IBA is also committed to providing displaced and refugee athletes with opportunities to compete through the IBA Fair Chance team.