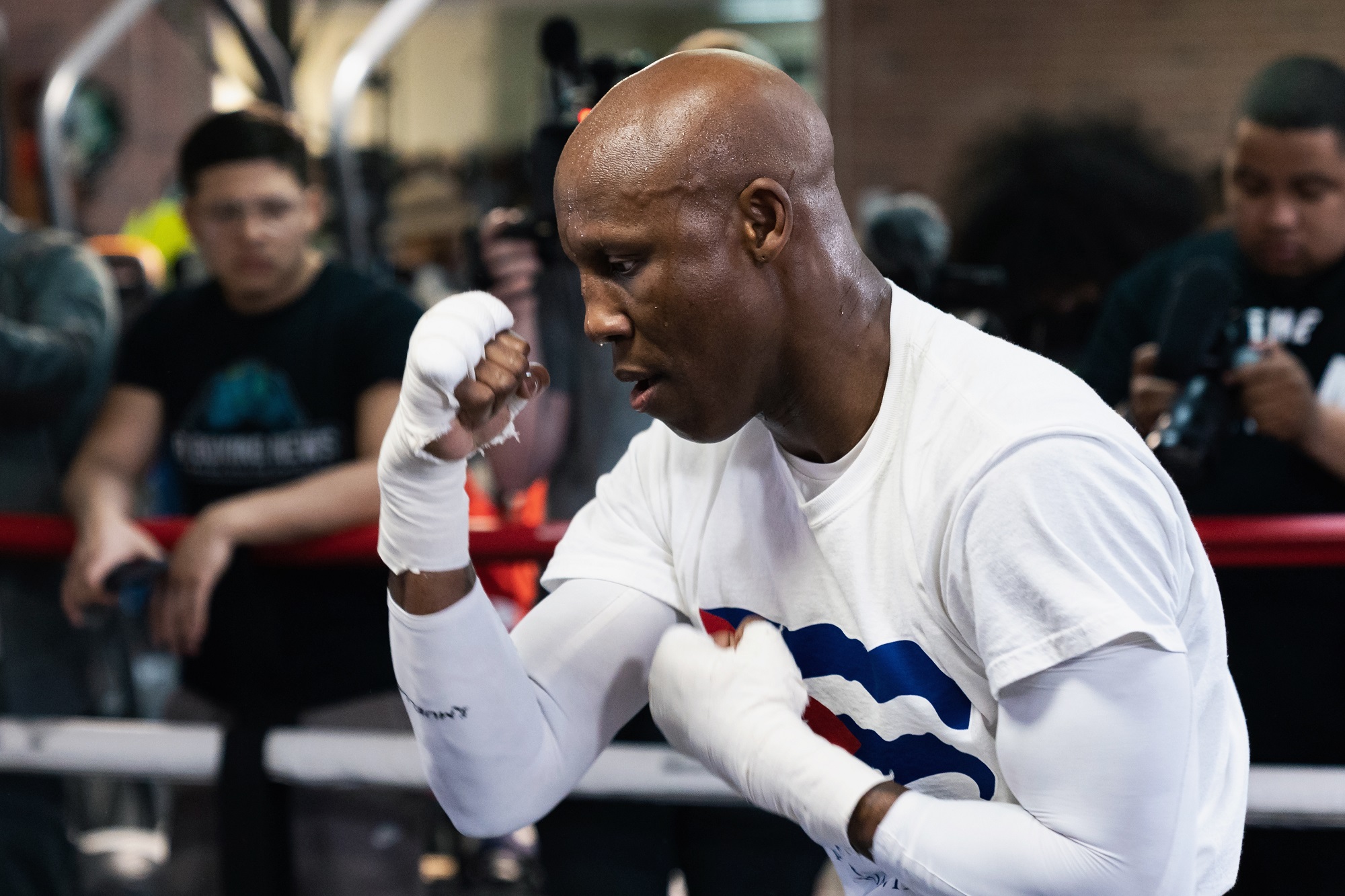 Just the 12th unification fight in the rich history of the welterweight division, Spence vs. Ugás will join other classic unification matchups at the weight class such as “Sugar” Ray Leonard vs. Thomas Hearns I and Floyd Mayweather vs. Manny Pacquiao. Ugás earned this opportunity in his most recent fight, successfully defending his title against future Hall of Famer Manny Pacquiao in August 2021.

Tickets for the April 16 live event at AT&T Stadium, which is promoted by TGB Promotions and Man Down Promotions, are on sale now and can be purchased at SeatGeek.com, the Official Ticketing Provider of AT&T Stadium.

Ugás hosted media at the Salas Boxing Academy along with his trainer Ismael Salas, in an event that was live streamed on the SHOWTIME Sports YouTube Channel and that can be watched in its entirety HERE. Spence will work out tomorrow at 4 p.m. ET/1 p.m. PT in a live streaming event that will be available HERE.

Here is what Ugás and Salas had to say Wednesday:

“I’m very thankful for everyone who has supported me. I’m extremely ready for this fight and to give the fans a great show on April 16. This has been a fantastic training camp and I can’t wait.

“I’m happy to be fighting in Spence’s backyard, because they have great fans down there in Texas. It just adds extra motivation.

“We’ve had a great training camp here in Las Vegas with Ismael Salas. We always make sure that the hard work pays off. We’re going to be bringing our best into the ring.

“I was out of the ring for a long time, but when I came back and gave Jamal James the first loss of his career, I knew that I would be coming for big things. Everything changed for me that night and it’s all led up to this.

“The Pacquiao fight was a great night for me. After that fight my life changed in even more ways. But I’ve always kept myself humble. I showed everyone who the WBA champion was. I have my eye on continuing to make history.

“Being an underdog means nothing to me. I was the underdog against Pacquiao and now again against Spence. I’ve always been the underdog and it doesn’t faze me.

“It’s an honor to be in the ring with Errol Spence Jr. We’re fighting for three belts, but even more important is fighting for honor and respect.

“Fans can expect me to fight like a warrior. I’m going to take all of my hard work into the ring on April 16.”

“Training camp has been great. We’ve had a long camp and now we’re in the period where Ugás is starting to make the adjustments that he’ll need to be ready for what Spence brings.

“I want to face the best Errol Spence Jr., because I want the fans to get a great show. This is one of the biggest fights of the year. If he’s in top condition, then Ugás is going to be ready to give him a hell of a fight.

“Yordenis came to us with three losses and since then we’ve been beating undefeated guys and going step by step up to this point of facing top fighters. Manny Pacquiao was the biggest fight of his career and Ugás beat him clearly. That was the same Pacquiao who had beat Keith Thurman in his previous fight.

“We need to absorb the punching power of Spence. Everyone knows he’s a front-footed fighter who throws bombs from start to finish. It’s no secret that we need to use Spence’s aggressiveness and make it work in our favor.

“It’s been a process for Ugás to get back to this point. He had to regain his confidence when he first joined our gym. We had to make a transition from the Cuban style and make him more aggressive. Yordenis Ugás is a master of the middle distance. He knows how to make you miss and make you pay.”