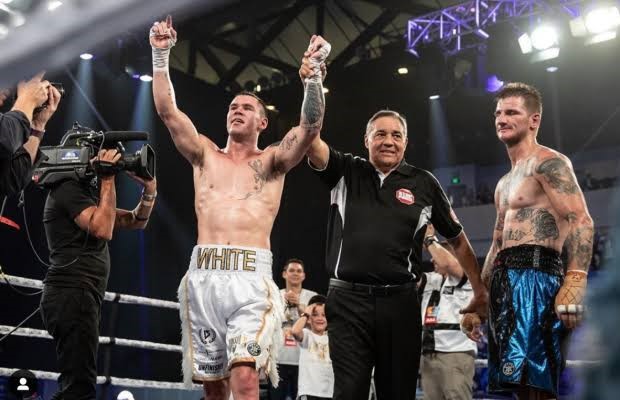 White has become a staple of the long standing Thunderdome series in Perth but has not boxed since the 6th of March at Metro City in Perth in one of the headline Thunderdome events, where White suffered his first defeat by West Australian based Sudanese boxer Fano Kori.

White opens up about the fight
“I tried to go to a division i had no part of being in, I had major complications prior to the weigh in and post fight weigh. Im a warrior and didn’t want to let anyone down but I let myself down. That’s all in the past, every day I learn and find a way to get back better.

My opponents not finalized yet but just greatful to be back at home, in the ring. Looking forward to the Main Event, I’ve done plenty of rounds with Zerafa and have great respect for him and Anthony Mundine is an Australian boxing icon.

I’m glad to be part of a big stadium show in Melbourne, and I’ve trained the entire during lockdown, Victoria where I live had it worst but its just made focus on my training and get better.

“Jesse was a zombie in his last fight, and we have discussed as a team and he will not go near that weight again, he is virtually on 1% body fat anyway there is nothing left to lose. White had a late start to boxing so we aren’t in a rush and look forward to a lengthy career.

One thing I’m sure about is come March 13th you will see “The Great White” take a bite out of the competition and start circling all challengers”.