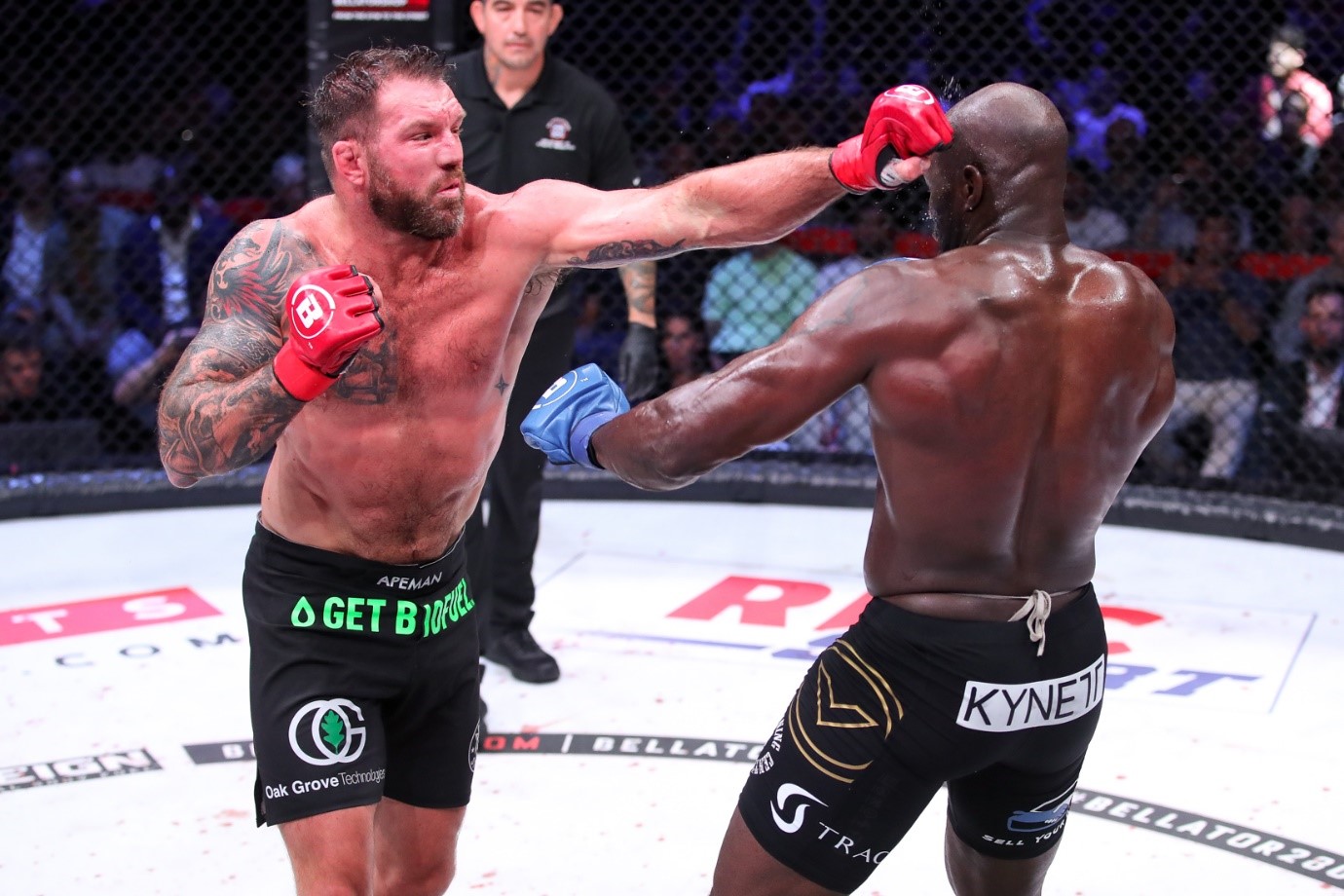 Ryan Bader speaking after successfully defending his belt in front of a partisan Parisian crowd: “First and foremost, wrestling right there. If you want to fight MMA then wrestling is the key. I didn’t want the fight to go like that, I wanted to get a finish. No excuses at all, I was like ‘Wow, I’ve got to grind this one out’. It was kind of an uneventful fight but I got the win.

“I wanted to get him in the handcuff. He’s tough, he’s long, he’s a big body, he’s strong and he’s a veteran and he knows what he’s doing, so I couldn’t get in.

“You know who looks great lately: Linton Vassell. A rematch. He came into heavyweight, he came into his own and he’s rolling through people so let’s run that one back!”

Yoel Romero speaking after a dominant performance in the co-main event: “First and foremost I want to thank all the Bellator fans, all of the MMA fans and to say thank you to Paris.

“I wanted to deliver a message and I think I did.”

Davy Gallon speaking after securing a third straight Bellator win: “It is amazing to be in the Bellator cage in front of a brilliant crowd. It is great to keep momentum going with this one. I have been working on that crucifix for a while, so it was nice to get the finish.

“Benjamin is a very tough fighter and he has a really good defence and that’s why it took a while to get the win, but I am delighted.”

Lorenz Larking speaking after an impressive first round finish: “Thanks to my team. I have the best team out there. They have been working with me for so long and I have evolved because of them.

“Let’s give it up for Kyle Stewart. He took this fight on 11 days’ notice when he didn’t have to, so massive respect to him for that.

“I am looking forward to going back to welterweight. Scott [Coker], let me fight before August!”

Gregory Babene speaking following the win in front of his home fans: “I’m so happy to be here. Thank you Paris! I’ve been ready for this fight, I was prepared, I worked all day for three months for this fight and I’m happy.

“Thanks to my opponent, Mike Shipman. He is a very powerful and good fighter.

“I already see this moment and in my vision I win and now it has happened in the present, I am happy!”

*Following Romero’s win, it was confirmed that he will face Melvin Manhoef in a light heavyweight bout at BELLATOR DUBLIN at The 3Arena on Friday, September 23.