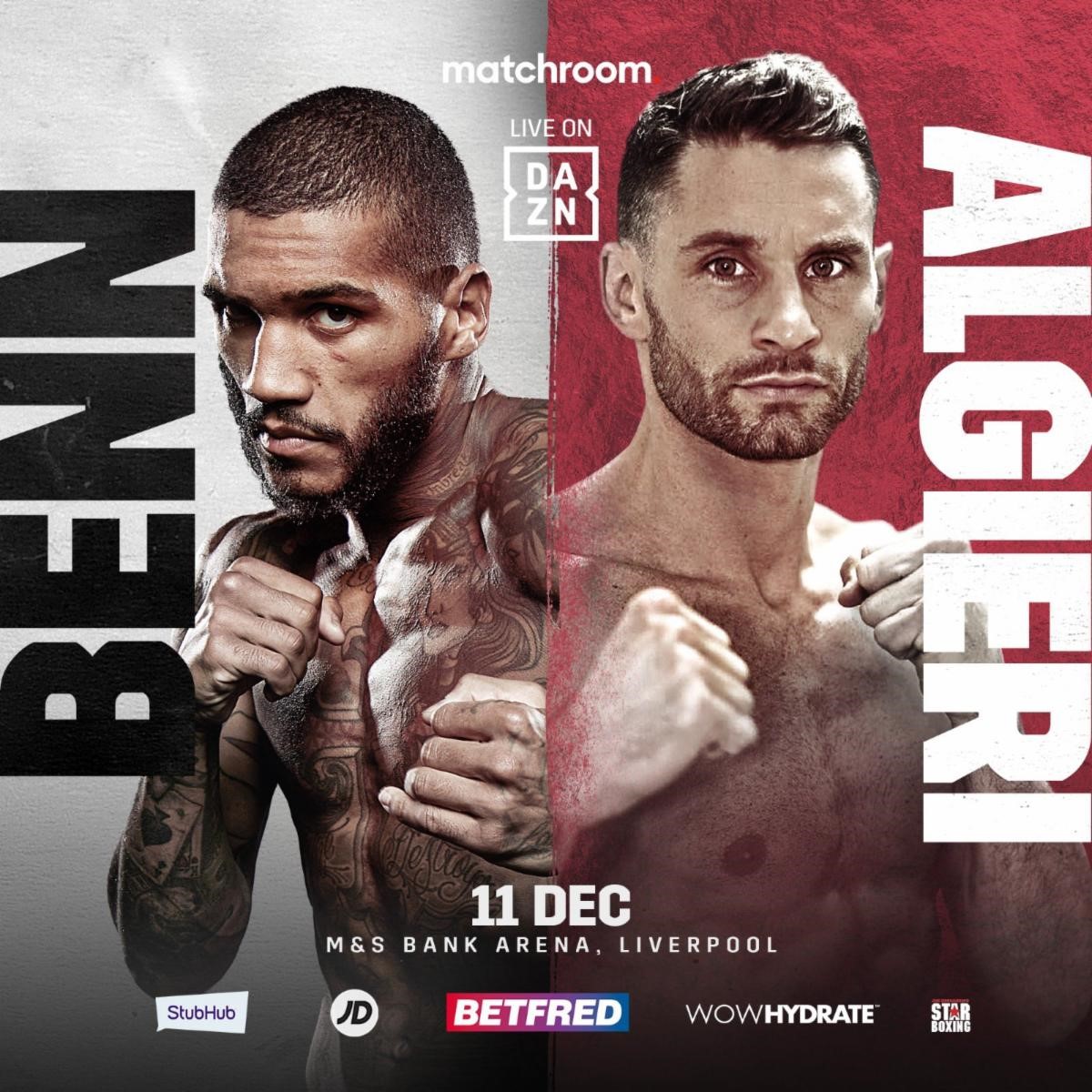 New York (November 7, 2021) – Rising Welterweight star Conor Benn will face former World Champion Chris Algieri at the top of a huge night of boxing at the M&S Bank Arena in Liverpool on Saturday December 11, live worldwide on DAZN, and promoted by Matchroom in association with Joe DeGuardia’s Star Boxing.

‘The Destroyer’ (19-0, 12 KOs) maintained his perfect record with a shutout points win over Mexico’s Adrian Granados on the Lara vs. Warrington 2 bill in September after he was given a deafening welcome by over 20,000 Leeds fans, and the Essex native is looking to end a huge year in style as he pushes towards more titles.

“To headline in a city like Liverpool you need to be in the ring against a world class operator,” said Benn. “Chris has done it all, a former World Champion and exactly the opponent I need to gain experience from.

“We expect Algieri to bring his best, but I want him deep in the trenches with me, I want to use this opportunity to display my skills and ability against a quality fighter to prepare me and take another step closer to a World Title. A former World Champ vs. a very, very hungry contender, I can’t wait for December 11.”

“This has a big fight feel to it and I’m thrilled to be back on this type of stage,” said Algieri. “The UK has brilliant fans and I’m looking forward to performing in front of those legendary crowds.

Full card details will be announced next week.

General Sale tickets can be purchased via StubHub (www.stubhub.co.uk) frommidday on Tuesday November 9.

Benn-Algieri is promoted by Matchroom in association with Joe DeGuardia’s Star Boxing.