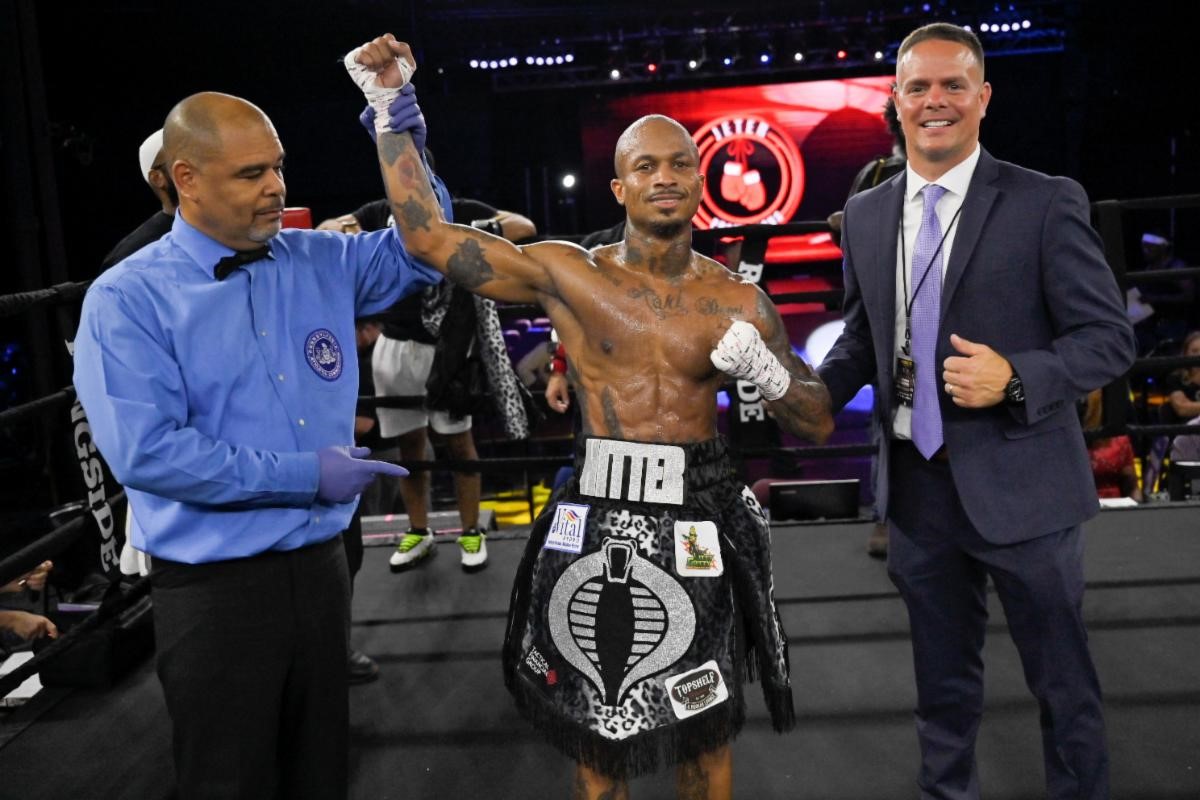 PHILADELPHIA (August 8, 2021)–Brandon Chambers remained undefeated as he stopped Donald Stewart in round two of a featherweight that headlined a Jeter Promotions card on Saturday night in front of a near-capacity crowd at 2300 Arena.

This was the third consecutive thrilling show that was staged in front of a huge crowd by the Maryland-based Jeter Promotions at the 2300 Arena. The fights had the crowd on their feet throughout the evening.

Chambers battered Stewart all over the ring and showed he was the class of the fight over the six-minute bout. Stewart’s corner bowed their man out of the fight following the completion of round two.

Thyler Williams scored a 2nd round stoppage over Jordan Morales in the junior welterweight bout.

Williams of Philadelphia is 5-0 with four knockouts. Morales of Sunbury, PA is 4-9.

Victor Williams made it two consecutive knockouts to start his career as he stopped Jeff Bozier Jr. in round three of their junior middleweight bout.

In round three, Williams hurt Bozier with a right hand. Bozier stumbled across the ring and another right hand put him down and the fight was stopped at 1:51 of round three.

Williams is now 2-0 with two knockouts. Bozier was making his pro debut.

Matthew Castro made a successful pro debut by stopping McArio DelCastillo in the fourth round of their junior middleweight bout.

Castro could not miss with his right hand, but DelCastillo took the shots well. In round four, Castro landed a solid barrage of punches that forced referee Eric Dali to stop the bout at 38 seconds.

Evan Harker stopped debuting Alvin Scott in the opening round of their welterweight bout.

Harker landed a couple of decent punches, and Scott looked hurt and the fight was stopped at 1:44.

Steve Moore stopped Antonio Allen in round four of their welterweight bout.

In round four, Moore was credited with a knockdown after landing a heavy barrage of punches on the ropes. Seconds later, it was a hard right that forced referee Eric Dali to stop the bout at 1:27.