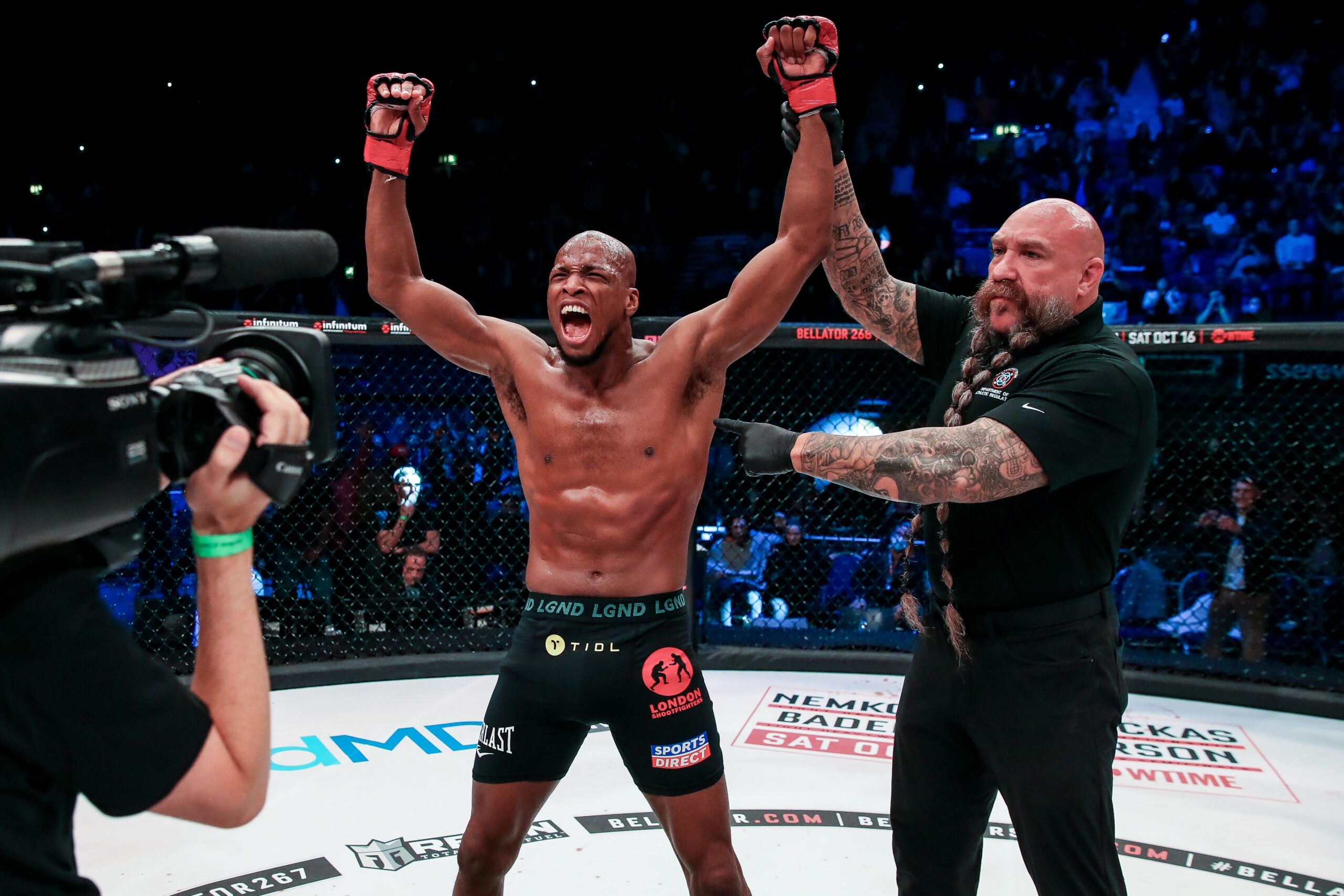 Michael Page following his split decision win: “I wanted to finish him. He’s a tough man. I understand why he’s been a champion three times. Even when I hit him with those big shots, he just kept coming and then he started to adjust and make it more difficult. I was confident. I knew he was going to go for a takedown. Every single striker that stands in front of me, I turn them into wrestlers. Every single one of them. Now I want that bling! I’ve come over and got my redemption. Now I want that bling.”

Leah McCourt after her victory: “I was happy I was able to bring out my striking and my standup in the cage on the night. I’ve always known I could do it. It was nice to just believe in myself a bit more. Hopefully they put me in Dublin in four weeks. I’m not hurt. Just a bit of a sore lip. I could definitely fight in four weeks in Dublin.”

Luke Trainer calls out Ben ‘Big Tuna’ Parrish: “This was a war. I have so much to learn. I got rocked. First time I ever got rocked. I come back like a savage. I told everyone I’d be a savage. I told everyone I wanted violence. I got violence. I said he’d bleed, he bled. Ben Parrish – I’m coming for you! Nothing but respect. You’re a savage but I’m coming for you, sir. Get me to the States!”

Tim Wilde following his unanimous decision win: “I was a bit slow getting started, it’s been two years, but it just feels so good to be back and get this victory. I know I hit hard but with a guy like Yves it’s hard to land flush. I hope to get back in here as soon as possible and I would like to fight Charlie Leary or fight the number one fighter in Europe.”