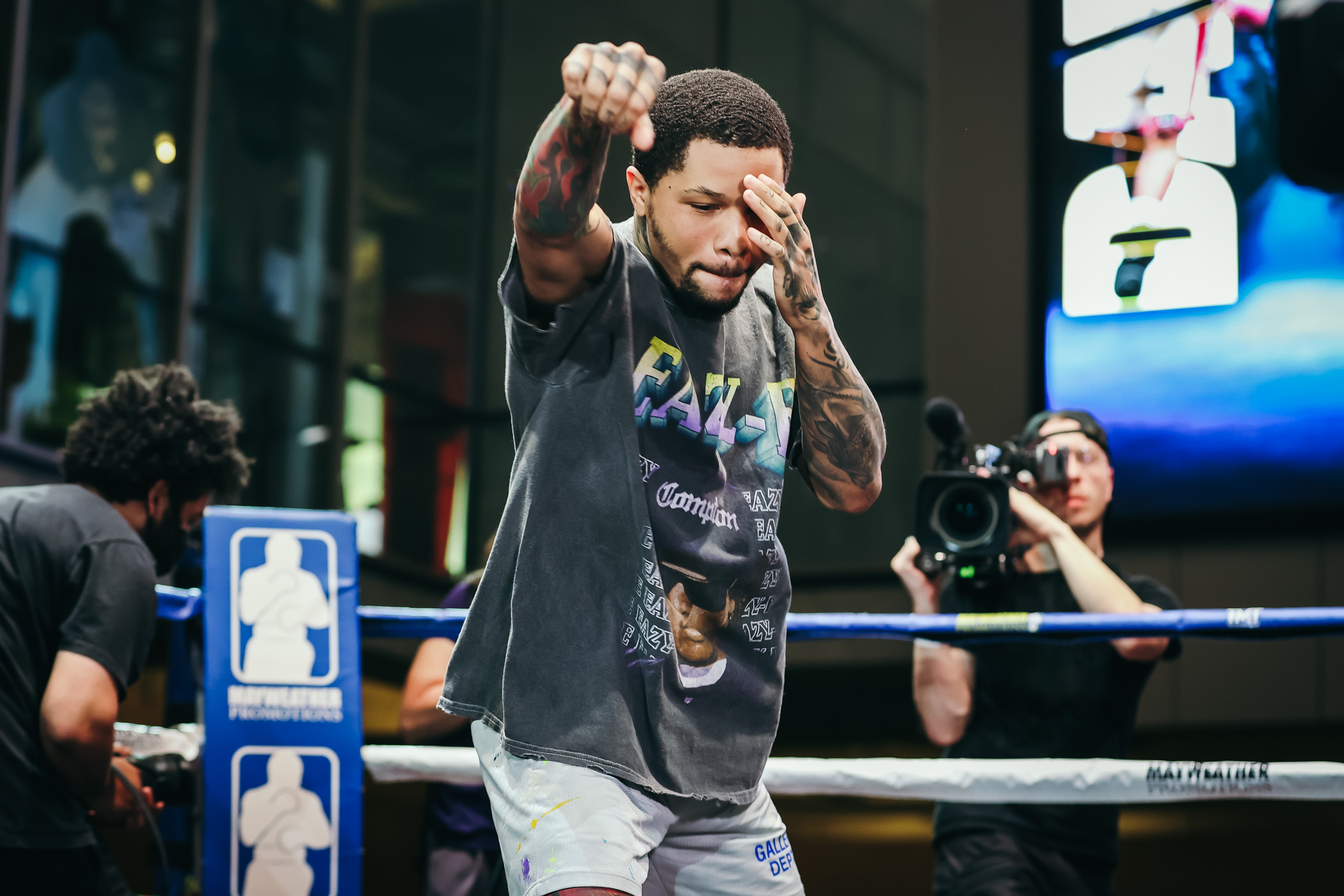 Plus, Erickson Lubin and Undercard Fighters Featured On Blockbuster SHOWTIME PPV®Event This Saturday, June 26, from State Farm Arena in Atlanta

Tickets for the live event presented by Premier Boxing Champions are on sale now and available for purchase through Ticketmaster.com.

Here is what Davis, Barrios and the rest of the fighters in attendance had to say on Wednesday:

“I’m excited to be in this position to be able to give the fans what they want to see, which is an exciting fight. Atlanta showed me love the last time I came, so why not come back?

“This is one of my toughest fights on paper. I’ll be ready and hopefully he’ll be ready, and we’ll give the fans what they want to see.

“Las Vegas is definitely a boxing town. My team is there at Mayweather Promotions and I brought my personal team out there as well. We’re all a family. We train together, get along, and help each other.

“There is no pressure on me, I am just going out there to do my job. It’s just another day at the job for me. Hopefully he’s ready because I’m definitely ready and we can give the fans what they want to see, which is a knockout.

“[Barrios] is a young champion. I’m going up two weight classes to face him. If they don’t give me the respect after this, I don’t know what I have to do. It’s pretty cool. This is actually the first time I’m fighting at this weight class. Whatever opportunities they give me at 135, or 140, I’ll take them.”

“This is all brand new, but I’m taking it all in and excited to be in Atlanta. I’m just excited to go out there on Saturday and give everybody a great fight.

“No doubt about it, Tank is by far the toughest test for another title defense and I’m going to do whatever it takes to be successful on Saturday. There’s going to be fireworks on Saturday.

“This is a huge opportunity and I’m very excited for this chance. This is a very winnable fight for me, regardless of what everyone has been saying. I’m just excited to be back in the ring and in Atlanta.

“I think it’s not going to be until we both get in the ring that people realize how much size I really have for 140 pounds. Somehow, he’s still the favorite although he’s the challenger in this fight. I just take that as more motivation for me.

“Height-wise, reach. Those are the major advantages. I’m just as dangerous as he is. And just as explosive and just as fast. And I will show that on fight night.

“I’ve seen him fight plenty of times. He’s a great fighter and he’s been very successful at the lower weight divisions against the smaller opponents. But this is a different fight for him.

“I didn’t take too much from the Leo Santa Cruz fight. I felt [Gervonta] fought him the way he did because he didn’t respect Santa Cruz’s power. But with our fight he’s going to have no choice and he’s not going to fight me the way he fought Santa Cruz. Whatever he does fight night, I’m going to have to adapt.

“I’ve been boxing just as long as he has and I have an excellent boxing IQ, just as he has. It only takes one punch to change a fight, and he definitely has that one punch. But I’ll find out if that power carries over to 140 pounds.”

“We always work hard. Every camp is hard. It’s just that this time we added a little longer. We’ve been working since my last fight and I’m just so excited to go out there and display my talents.

“Me and Jeison Rosario, we’re both hungry. I just think I want it more and my preparation is going to speak for itself and the fans can only expect fireworks and the best of me.

“I’ve seen him fight against Charlo and others – I’ve seen enough. I know what I have to do to get him out of there. I’m a competitor and want to give the fans the best show.

“My loss affected me and motivated me big time. I know my abilities and I know what I’m capable of, so I just went back to the drawing board and took it all in. I understood how serious this sport is, and how unforgiving this sport is. So I knew I had to go out there and do things different to take my career to another level. That’s what I did.”

“I felt great when I got the call to be on this card. I was very happy to get this opportunity.

“There are four corners in the ring, I am going to catch him eventually. Outside of the ring he may be able to run from me, but inside the ring he won’t be able to.

“It’s about a sense of responsibility. I’m always ready to fight regardless of how long I have to prepare. My responsibility is to always be ready whenever I am called upon to put on a good show for the fans.

“It’s a great opportunity and I’m very thankful to PBC and SHOWTIME for having me in consideration. I want to show what I am worth on Saturday.

“I know that my opponent is an aggressive fighter who throws a lot of punches with his right hand. I will be ready for anything. I have the capacity to adapt to whatever he wants to do, so I don’t care what he comes with because I am going to be ready.

“Being with PBC makes me feel closer to the belts. Now all I have to do is go in the ring and show what I am capable of to earn those belts as soon as possible.”

“I had a lot of emotions when I learned I would be fighting on this card. More than anything, it was a dream come true because I have worked my entire life for this. I thank God for this opportunity and I’m going to take advantage of it.

“I can’t stay in front of my opponent for too long, I need to box against him. It’s what I know how to do and it’s what I’ve been preparing to do.

“I feel great and I feel really ready for this fight. This is my first time fighting in Atlanta, it’s a really nice city.

“It’s a great motivation for me to be moved up to the pay-per-view card. I feel more motivated to do what I know how to do. I train and work hard every day, so nothing’s new.

“I want to prove how ready I am and to reach new heights. I want to show people wherever you are from, it’s possible to reach your dreams. I train every day, and work hard every day and there is no better motivation for me than to work this hard and to fight on this stage.

“I’ve been getting great sparring and I’ve been training at Wild Card in Hollywood, and those guys are warriors. All my sparring partners are hungry and this past week they all showed it.

“It is my first time being in Atlanta and it’s an honor for me to fight here on such a great card in front of such great people.

“Thank you so much for all of your support. I fought Mario in a World Title fight and went through a war, and now we work on the mistakes. I am ready to put on another performance, and I’ll do my best for the fans to enjoy an exciting fight.

“Under my coaches, Joel and Antonio Diaz, I have the best team in the world. It is a learning process every time whether it’s a win, lose, or draw. You have to make adjustments to your performances and that is what we did.

“I will do my best to bring the action and make the fans remember this fight. I already like the city of Atlanta. You can see right away that people like boxing here. It’s going to be a good card with good fights.

“I am very happy with the experience I have gotten in my previous fights and I expect it to help me in the future.”

“The most important thing is coming away with the victory. I am very focused on the fight this Saturday.

“The main event is really none of my business because in the end, I am focused on my fight. After Saturday night, I will care about whichever one of the two in the main event wins their fight because then they will be my next opponent.

“My training was a bit peculiar in Manchester, England, which was a different setting for me. I loved every second of it. My coach couldn’t be here because of COVID-19 circumstances, but I am still supported by my team right here which is great. I’m really excited to show what I have been working on this Saturday night.”