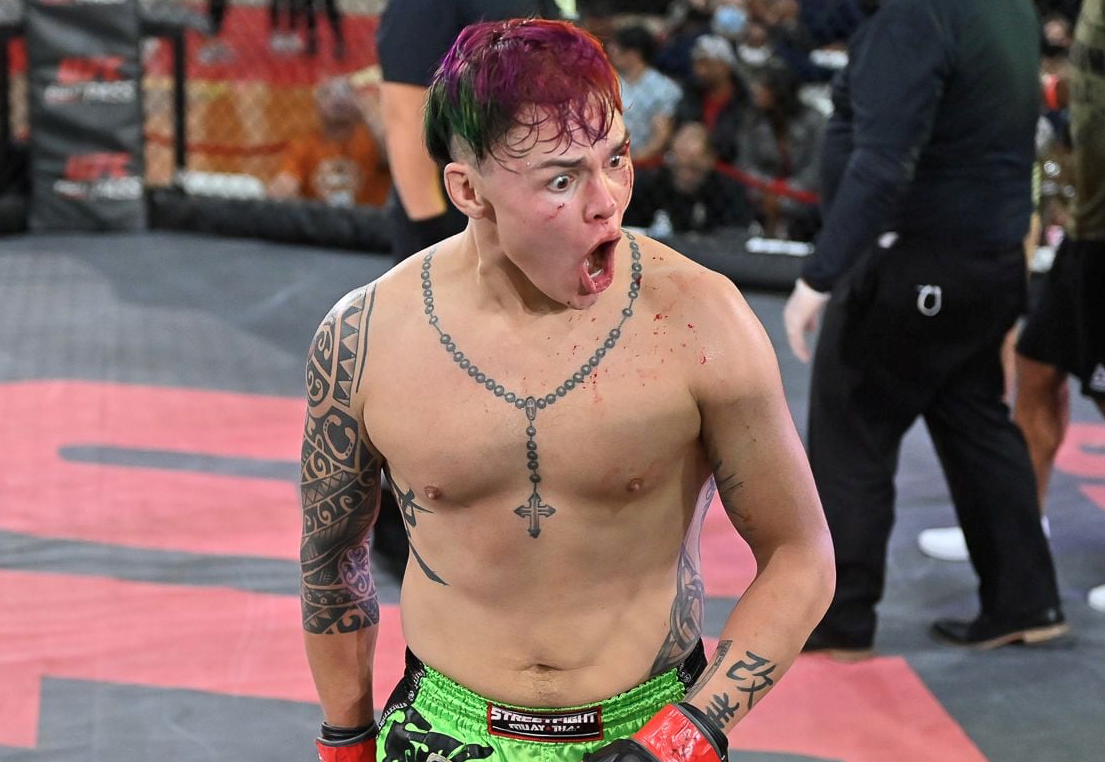 Lincoln, RI – There’s much more to budding mixed martial arts star Nathan Ghareeb than the gruesome toe injury that seems to have defined his career over the past few months.

As the Southampton, MA, featherweight prepares for his upcoming bout tomorrow night on the main card of CES 69 at Ballys Twin River Lincoln Casino Resort live on UFC FIGHT PASS® – his first since fracturing the aforementioned toe in November – he reflects on a productive training camp that has left him more mentally and physically prepared than at any point in his career.

When Ghareeb (5-1) faces Missouri’s Javon Wright (6-5) in a scheduled three-round bout, fight fans will have the opportunity to peel back layers never before seen in Ghareeb’s well-rounded arsenal. From wrestling to jiu-jitsu to striking, Ghareeb took a self-imposed, much-needed break between fights to work on the finer points of his craft, creating a 145-pound monster whose weak points – if any – are difficult to find.

“I’m getting close to that point in my career where I could be in the UFC,” said the 29-year-old Ghareeb, a former high school and college wrestler who attended West Virginia University. “I’ve really wanted to round out my game and build those layers so that I’m ready for whoever, whenever. It won’t matter who I face.”

Ghareeb is excited for the opportunity to showcase more than just the motion-picture toughness fans remember from his win over Tom Pagliarulo in November. The opponent, an unbeaten, rising star from New England, was a last-minute replacement when Ghareeb’s originally-scheduled opponent was forced to withdraw.

Ghareeb broke the second toe on his right foot midway through the fight, an injury so grotesque and bloody it appeared his toe was merely hanging on by a thread. Nonetheless, Ghareeb brushed it off and won the fight by split decision, instantly becoming a cult hero on social media in the following weeks.

He considered returning to the cage in May for CES’ debut show in North Dakota, but a separate injury stalled his progress, plus he was still hell-bent on taking enough time between fights to work on career development. As mind-blowing as the Pagliarulo fight appeared on the surface, Ghareeb admits the toe injury “really wasn’t a big deal” – arguably more frustrating than anything else.

The concept of working on his craft outside of the cage is nothing new for Ghareeb. As an amateur, he logged superfluous travel miles to find new training partners and absorb as much information as he could from various gyms and MMA schools. He began at Team Link, then started training with local MMA stalwart Jon Manley. After graduating college in 2016, he visited Thailand for two months, mastering his craft at camps such as Top Team, AKA Thailand, and TNY Muay Thai.

Ghareeb is currently working with Dan McIntyre of West Springfield, MA, whom he linked up with before his fight at Bellator 256 in April of 2021, but continues to get his work in at other schools, including Ascension Athletics in Bristol, CT, and Lauzon MMA in Massachusetts, all of which has helped him develop in various areas. McIntyre’s tutelage, Ghareeb says, specifically helped him following his loss on the Bellator card; in a span of three months between August and November, Ghareeb won three fights with CES, including two first-round finishes.

“I have a different level of confidence now, and I’m not used to that,” Ghareed said. “I think it comes from my lack of understanding. I always knew I had the weapons, but it was a matter of putting it all together and achieveing what I had set out to do.

“I see the same thing with a lot of guys – they are taking paint and throwing it against the wall to see if it sticks. There’s no rhyme or reason to their approach. I’m going in there with systemized, calculated moves. I’m setting traps for opponents, taking away their weapons, and applying mine.

“It’s all starting to make more sense for me. My confidence is coming from my competence and knowing what I need to do to succeed.”

For the past three and a half years, Ghareeb has also worked with a coach implementing mental performance strategies through workouts so grueling that Ghareeb also feels relieved entering the cage knowing his opponent couldn’t possibly inflict the same level of pain and trauma. That, in a nutshell, is why, after seven long months away from the spotlight, he’s ready for whoever, whenever – a life-altering journey that continues tomorrow.

“I’ve done all the work, I’ve put my time in, I’ve driven two hours at times to get to where I needed to be. I’ve sacrificed money, time, and effort,” Ghareeb said. “I’ve worked hard for this, so I hope my opponent has, too. If he didn’t, he’s in trouble.”