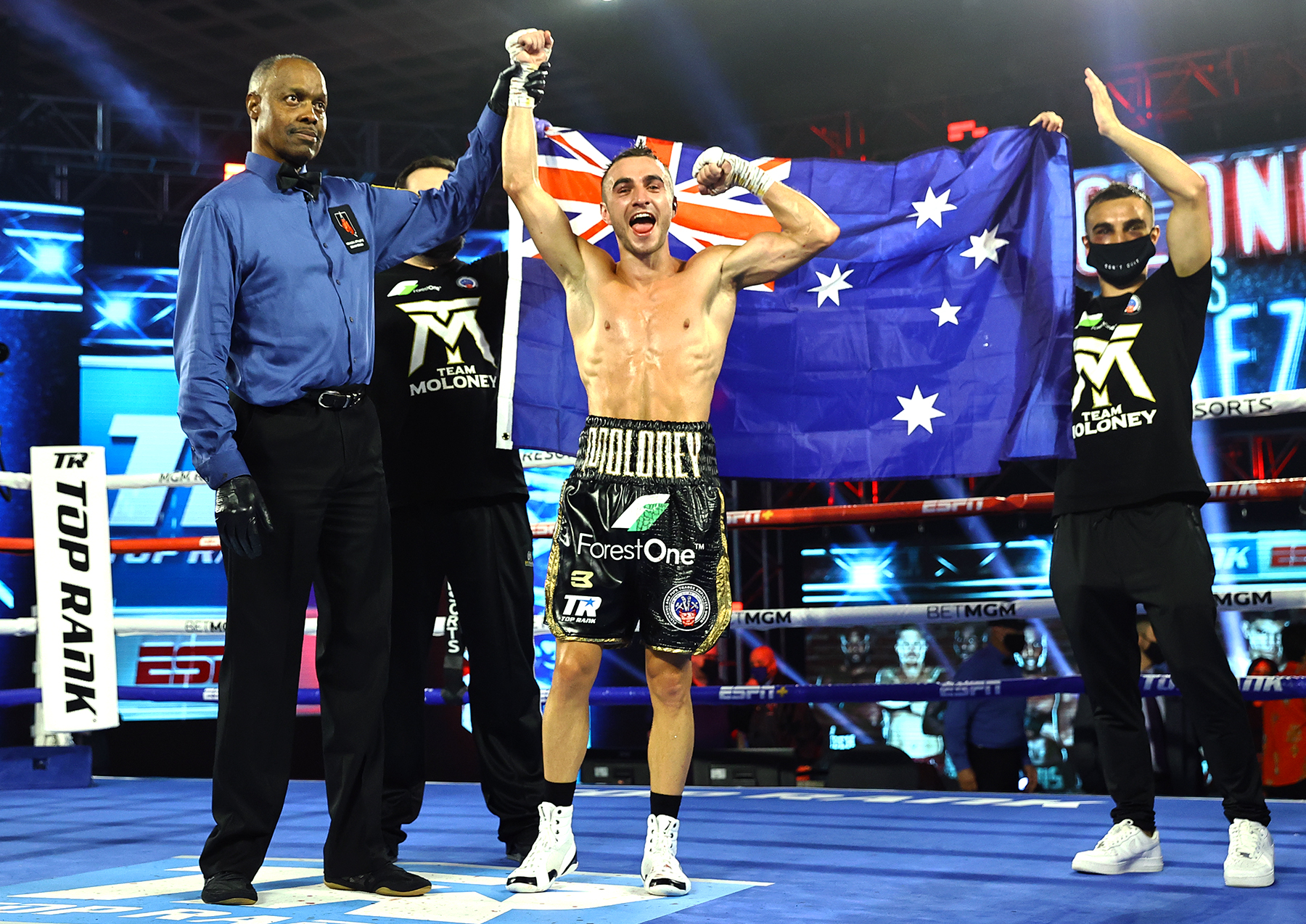 (September 9, 2021) – Australian Mayhem, Jason Moloney has his sights set on making it third time lucky on the world title front, worth the Top Rank standout sitting high in both the WBC and IBO world ratings.

Moloney impressed once again last time out, as he returned from a valiant effort against pound for pound star Naoya Inoue to dominate highly rated Josh Greer, winning the WBC world silver bantamweight title in the process.

Moloney reflected on his last outing, where he traveled to the USA once more to challenge for the WBC strap.

The Australian said, “I was happy with my performance against Greer. He is a tough fighter and came to win. We both had everything to lose in this fight, and I thought we both showed that in our performances. I felt the fans got a great fight and at the end of the day that’s what it’s about.

“I thought I showed what level I’m at in my last fight, and that’s a level that’s good enough to become world champion. I’m highly ranked in the world now with the WBC and IBO, so I’m going to leave it to my manager Tony Tolj and Top Rank to make the next move for me, but I’m waiting to make it third time lucky in my world title shot.”

Moloney sits in a lofty position with multiple sanctioning bodies, and the all action brother of former world champion Andrew Moloney discussed what he wants next.

Jason said, “I’m not going to turn down any world title fight that comes my way, but I know how things currently are I may have to wait my turn. I’m good with that, I just want to be in entertaining fights and keep showing people that I have all the ability to be a world champion.

“Obviously a fight with the current WBC Champion Nonito Donaire would be the dream, he’s a legend at the end of the day. He looks to be on a collision course with Casimero, but if that doesn’t happen I’d fight Donaire in a heartbeat. It would be an honor to share the ring with one of the best ever.”