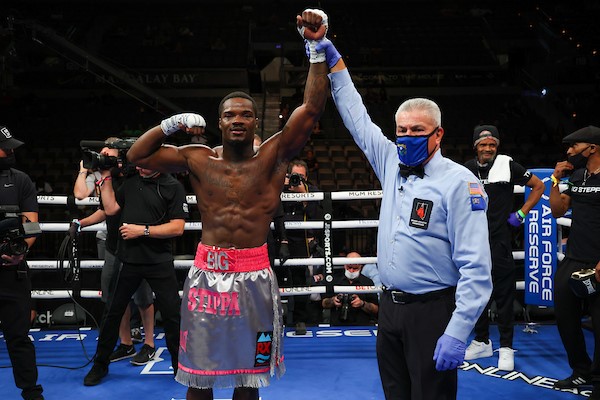 NEW YORK (May 29, 2021)- Khalil Coe looked like seasoned pro as he won his pro debut with an emphatic 2nd round stoppage over Nathaniel Tadd in a scheduled four-round light heavyweight bout at the Mandalay Bay in Las Vegas.

The bout kicked off the DAZN Stream

In round one, Coe dropped Tadd twice. The first knockdown came as he hurt Tadd with a body shot. Coe followed up with a flurry of body shots that sent Tadd down to the canvas. Coe went right back to that body, and landed a big uppercut and down went Tadd for a second time. In round two, It was another left to the body that sent Tadd down for a third time, and the fight was stopped at 1:10.

“I think I did well. I listened to my corner, and executed the game plan. I had everyone watching and I appreciate everybody. We worked on a lot of body shots. “Big Steppa” is here,” said Coe

Coe is co-managed by Split-T Management’s David McWater and Keith Connolly, and is promoted by Matchroom Boxing.