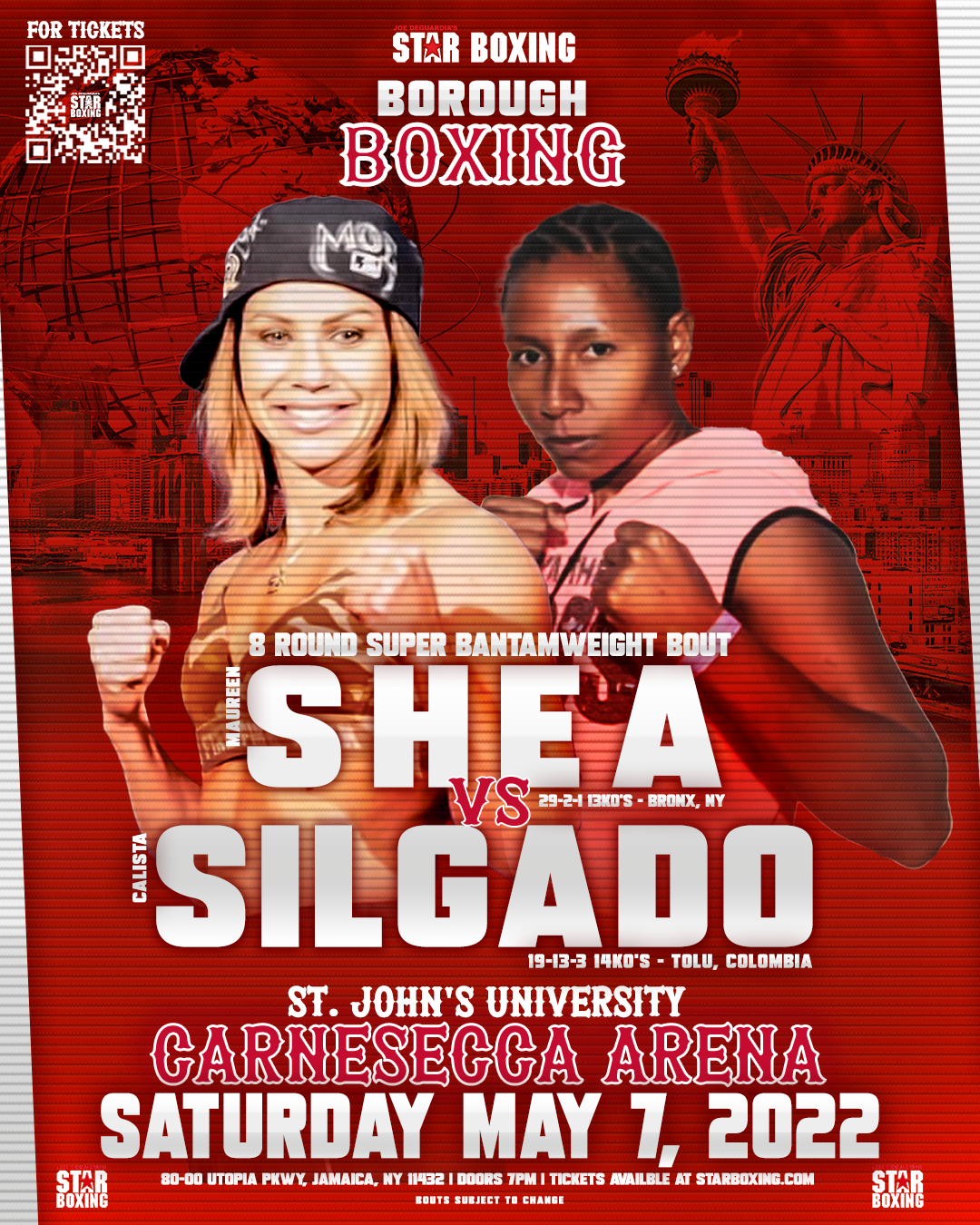 Maureen was born in the Bronx in 1981 and raised by her Irish father, who was an NYPD Detective, and her Mexican mother, who was in the airline industry. Her ring moniker, “The Real Million Dollar Baby” originates from her work as the main sparring partner for Hilary Swank leading up to the 2004 release of the award-winning film, “Million Dollar Baby.”

Maureen found great success when she became a professional boxer. Over her career she secured the IFBA Jr. Featherweight World, World, NABF Featherweight, NABA Featherweight and Interim WBC Featherweight Champion. In 2009 Maureen also challenged for the WBA Super Featherweight world title against Kina Malpartida at Madison Square Garden, falling short in the 10 round bout. Over the last 12 years, Maureen Shea has not lost a bout. Shea-Silgado will be an 8-round super bantamweight fight.

“My boxing roots are in NYC,” said Shea. “It has always been a goal of mine to come back to New York and fight. I have been away for 12 years, sharpening, growing and learning as a boxer and a woman. I am excited to come back to my hometown and show where my sacrifices and hard work has gotten me!”

Facing Maureen Shea is Calista Silgado who is coming off two separate world title challenges which include a decision loss to South Korea’s undefeated Hyun Mi Choi for the WBA World Female Super Featherweight Title and a decision loss to undefeated Melissa Oddessa Parker for the IBF World Female Bantamweight Title. Over her 35-fight career, the 34-year-old Silgado has challenged for a world title 8 times. With 14 of her 19 victories coming by way of KO, Silgado poses a threat for Shea with every punch.

Tickets for “Borough Boxing” are on sale NOW and can be purchased by clicking HERE. The entire sensational fight card will be announced soon. Doors will open at 7:00 PM ET.