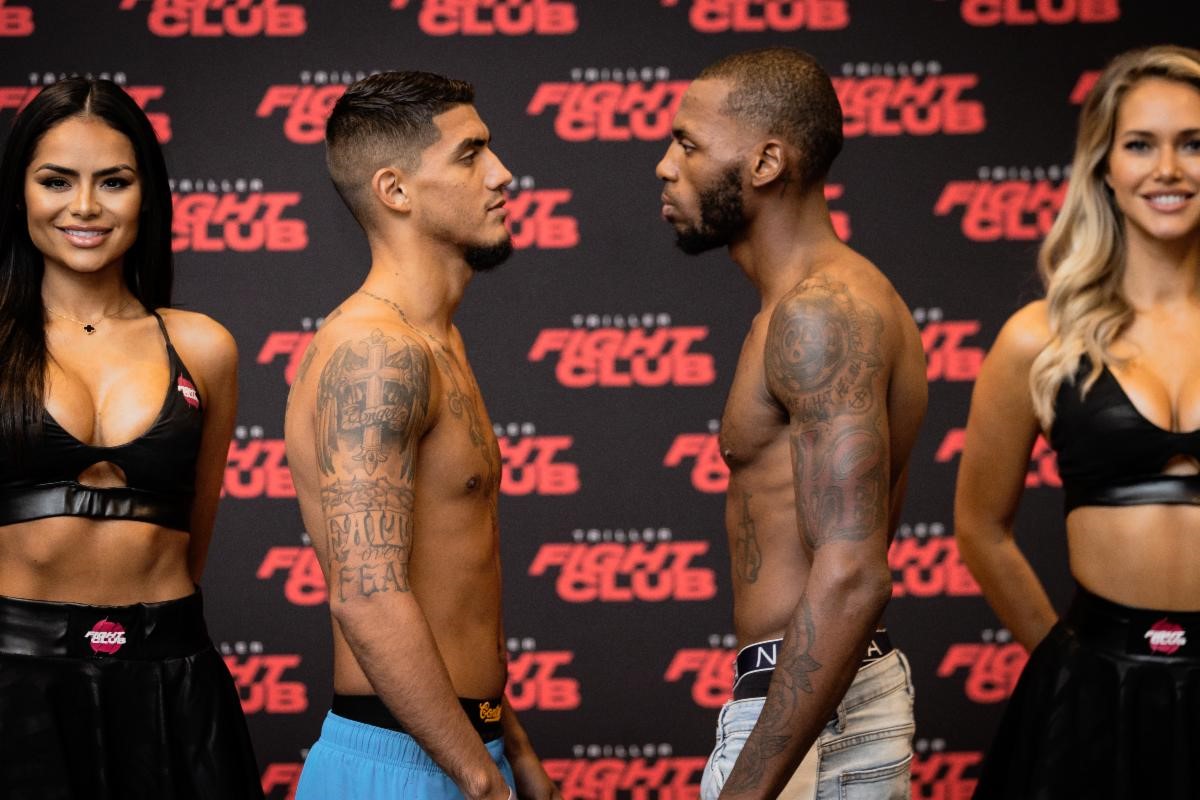 PHILADELPHIA / Orange, Ca (September 13, 2021)–Lightweight’s Michael Dutchover and Nahir Albright will square off in a 10-round bout on Tuesday, September 14th at Seminole Hard Rock Hotel and Casino in Hollywood, Florida.

The bout will be part of the Triller Fight Club, and is Banner Promotions and Thompson Boxing.

The Dutchover – Albright fight will be streamed on FITE.TV and trillerfightclub.com beginning at 6 PM ET.

Dutchover of Midland, Texas, is promoted by Banner Promotions and Thompson Boxing, has a record of 15-1 with 10 knockouts, weighed in at 137 lbs. at Monday’s weigh-in.

“This is a quick turnaround. I was going to fight on September 24th. I am ready. I have been in camp with Oscar Valdez. I am feeling strong. I am happy to be on this event and showcase my skills to new fans in Hollywood, Florida. Albright is a good opponent. He is quick, but I am preparing for a war. I know he will be ready as I will be ready and looking to put on a great show,” said Dutchover.

Albright of Sicklerville, New Jersey has a record of 13-1 with six knockouts. The 25 year-old is a five-year professional, who after dropping his pro debut, has won 13 fights in a row. He has amassed victories over Danny Murray (1-0), Glenford Nickey (4-1-1), Roy McGill (6-1), Dante Cox (6-1), and his last bout when Albright took a eight-round unanimous decision over Jeremy Hill (15-1) on July 23rd in Philadelphia.

“It’s going to be exciting and the fight to watch, and I feel it will come down to who wants it more. I know he is a pressure fighter who is skilled and a good fighter,” said Albright.

“This is a great opportunity for Michael to prove that he is one of the best lightweight prospects out there. He continues to show the willingness to fight anybody, and Tuesday night is no exception. We look for a great performance from Michael, and a fight like this is one those fights that will transition him from a top prospect to a legitimate contender. I want to thank Triller for this opportunity to feature Michael on the card,” said Artie Pelullo, President of Banner Promotions.

“This fight is the next in the continued progression of Michael. He is fighting a good fighter from Philadelphia, and a win will get Michael to the next level. I want to thank Triller for putting this fight on this big event,” said Ken Thompson, President of Thompson Boxing.

Thompson continued, “This is a great opportunity for Michael Dutchover to show the boxing world that he belongs on the big stage. We believe he’s ready to take his career to the next level and a win against a solid fighter like Nahir Albright will prove he’s on his way.”

“Nahir has surprised a lot of people. I am not surprised. This is a big step and test for him and I believe he will pass with flying colors and shock a lot of people,” Said Rodney Rice of RDR Promotions

Thompson Boxing’s undefeated super lightweight prospect, Miguel “El Explosivo” Madueño (24-0, 22 KOs), of Sinaloa, Mexico, will step up in competition against Sonny Fredrickson (21-4, 14 KOs). The 10-round bout will also be shown live on FITE.TV.

“I’m looking forward to this fight because it will give me an opportunity to showcase my skills against a worthy opponent,” said Madueño. “I’ve been active during the pandemic and I’ll be ready to go tomorrow night.”