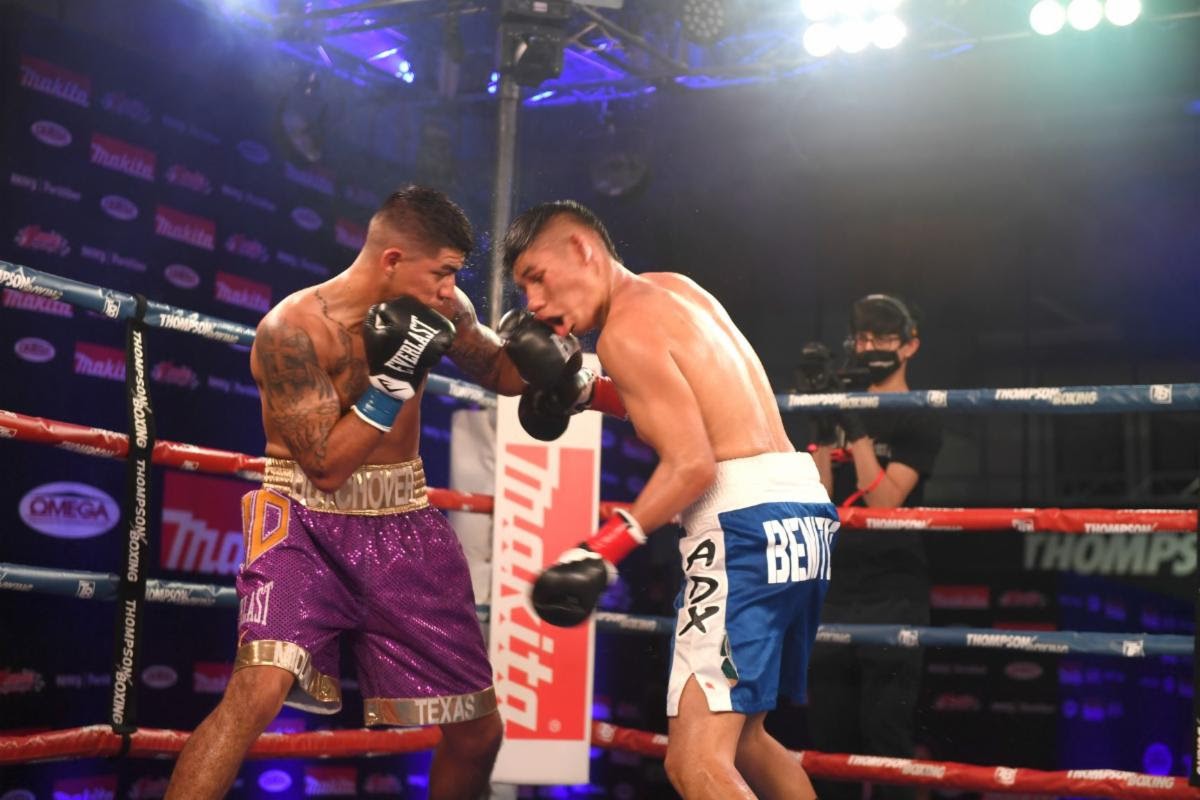 Philadelphia, PA (June 7, 2021) – Lightweight prospect, Michael “The West Texas Warrior” Dutchover (15-1, 10 KOs), won a hard-fought unanimous decision against a game, Ivan Leon Benitez (14-5-1, 6 KOs) at the Omega Products International in Corona, California. Dutchover, who is promoted by Banner Promotions and Thompson Boxing, outworked Benitez in every round but had to fend off the constant attack he was facing throughout the entire fight. Dutchover showed he has the skillset to box and fight on the inside when things got rough. Benitez showed a lot of heart but never was in control of the fight. Scorecards read 80-72 twice and 78-74 “This was my first fight in almost a year, and I felt I had some rust to shake off, but overall, I’m happy with my performance,” said Dutchover. “Benitez came to fight as I expected, and I did what I had to do to get the win. Now it’s time to get right back in the ring and finish the rest of this year with some good wins. I have a big fight coming up in September back in my home state of Texas that I’m looking forward to. I’ll be ready to go.”